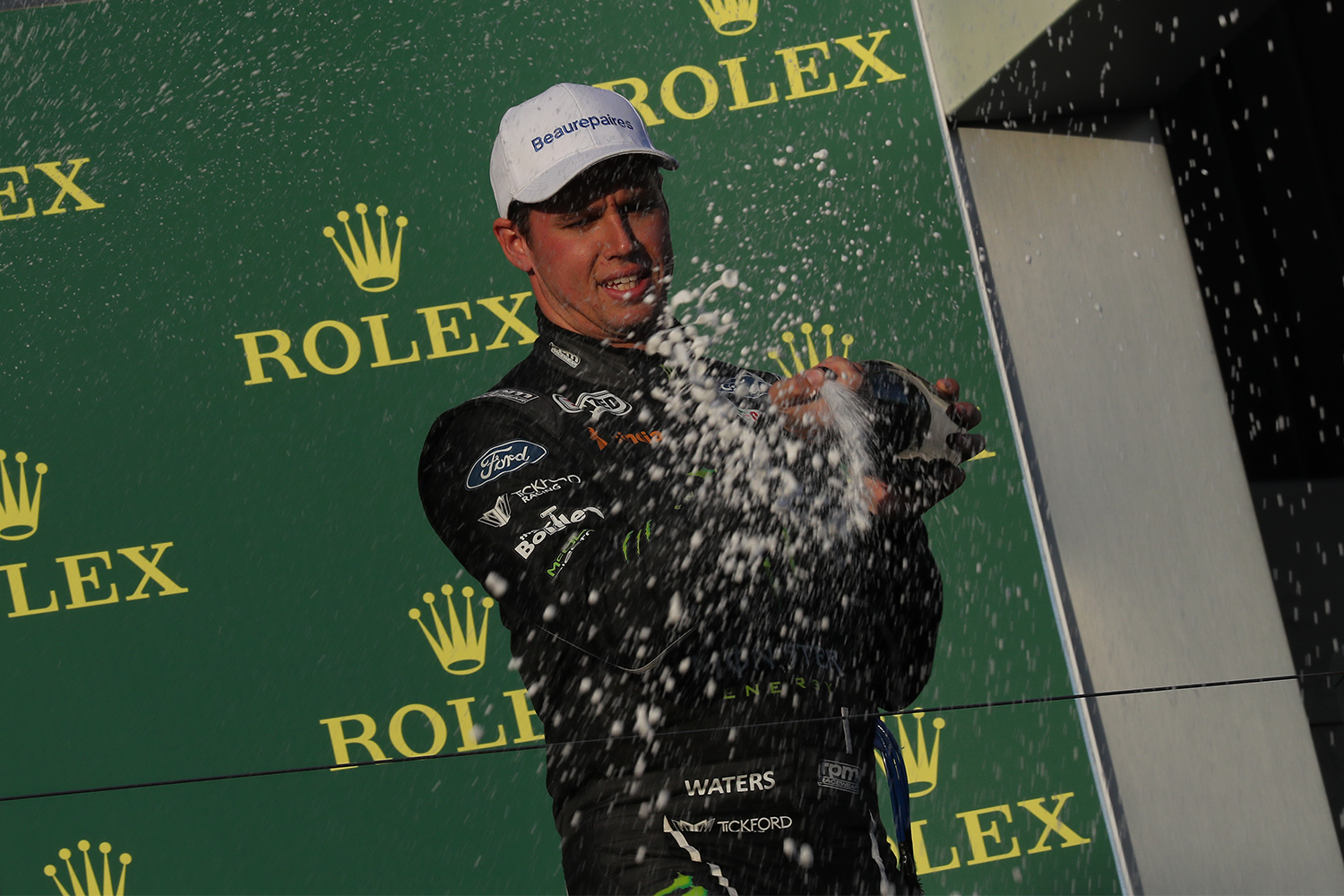 Monster Energy Racing’s Cameron Waters (No. 6 Monster Energy Ford Mustang) has followed up his runner-up finish in Race 2 in Adelaide with a third place finish in Friday’s Race 1 at the Melbourne 400, on a 3-4-5 finish for Tickford Racing.

23Red Racing’s Will Davison (No. 23 Milwaukee Racing Ford Mustang) came home fourth ahead of Chaz Mostert (No. 55 Supercheap Auto Ford Mustang), who made a remarkable run to fifth after starting 22nd. Mostert also started off the day scoring pole for Sunday’s Race 6, the 17th of his career.

Lee Holdsworth (No. 5 The Bottle-O Ford Mustang) climbed from 12th to ninth in Race 3, ensuring all four Tickford Racing cars finished in the top ten, the first time in a race since Gold Coast 2017, coincidentally the same day Mostert scored his most recent pole.