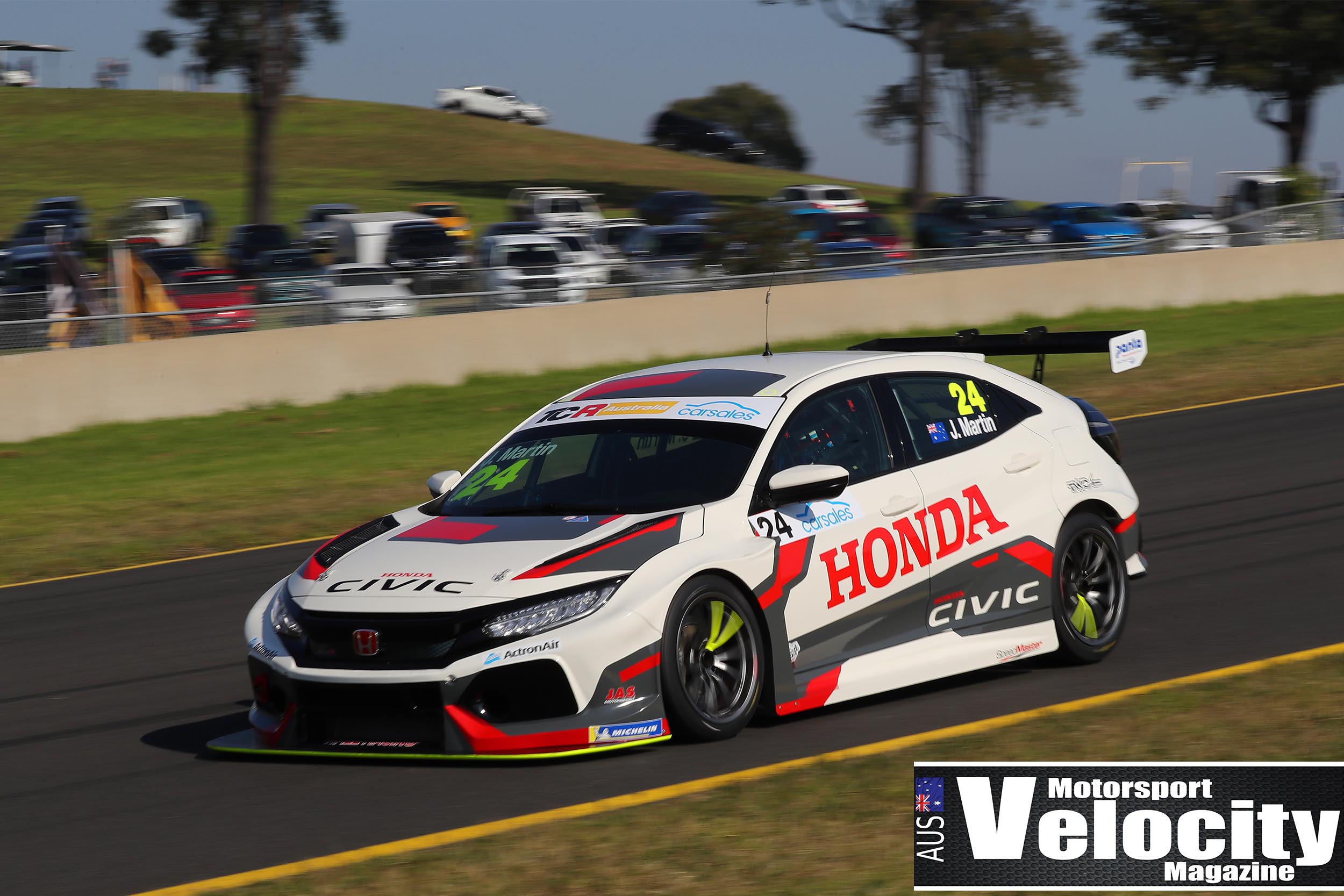 TCR Australia front-runners Wall Racing has secured two brand-new Honda Civic Type-R TCR racers for the carsales TCR Australia Series, and they could be here for as early as next weekend’s event at Phillip Island.

The Sydney-based team has ordered two of the speedy Civics that set Sydney alight after Tony D’Alberto took his #50 Type-R to pole position and two podium results.

Since the inaugural first event, Wall Racing has received considerable interest in fielding the cars and has purchased two new vehicles from Honda’s homologation partner JAS Motorsport in Italy.

The cars are currently being airfreighted and if they land in Australia on time, could be raced as early as the Phillip Island event, to be held on June 7-9.

The vehicle acquisitions will double his team’s fleet of Hondas from two to four cars.

If there are any delays, the cars will most certainly make their race debut at the third round at The Bend, South Australia, on July 12-14.

D’Alberto currently sits third in the carsales TCR Australia standings, while the second Honda of John Martin is 10th after a collision with Nathan Morcom’s Hyundai in Race 3 in Sydney dropped him down the order.

All three races from Phillip Island will be broadcast live, free and in HD on SBS, as well as the livestream coverage on the TCR Australia website.

“Doubling the fleet is a lot to undertake in a short period of time, but we are looking forward to the challenge,” said David Wall.

“Thankfully, we ware ready and equipped for the task. We typically run multiple cars in other classes, so we already have most of the infrastructure and personal required to do the job.

“We are comfortable taking on the workload, and we have the right people in place. The major factor ahead of Phillip Island is getting the cars in time and being comfortable to let them go out on track. If everything falls in line like cars arriving and securing the drivers, then there’s no reason why we won’t have all four at the Island. If there are any hurdles, though, we’ll put a pause on it and wait until The Bend.”

“These are really encouraging signs that our teams are getting such strong interest from new entrants, and we’ve only had one round,” said Matt Braid.

“Honda was the first car brand to support a team in TCR Australia, and after Tony (D’Alberto) was so competitive at Sydney, it was almost obvious that Wall Racing received enough interest to warrant another two Civics in his fleet.

“This is early days, but it’s a great tick of approval for the category and the interest across the board is very strong.”