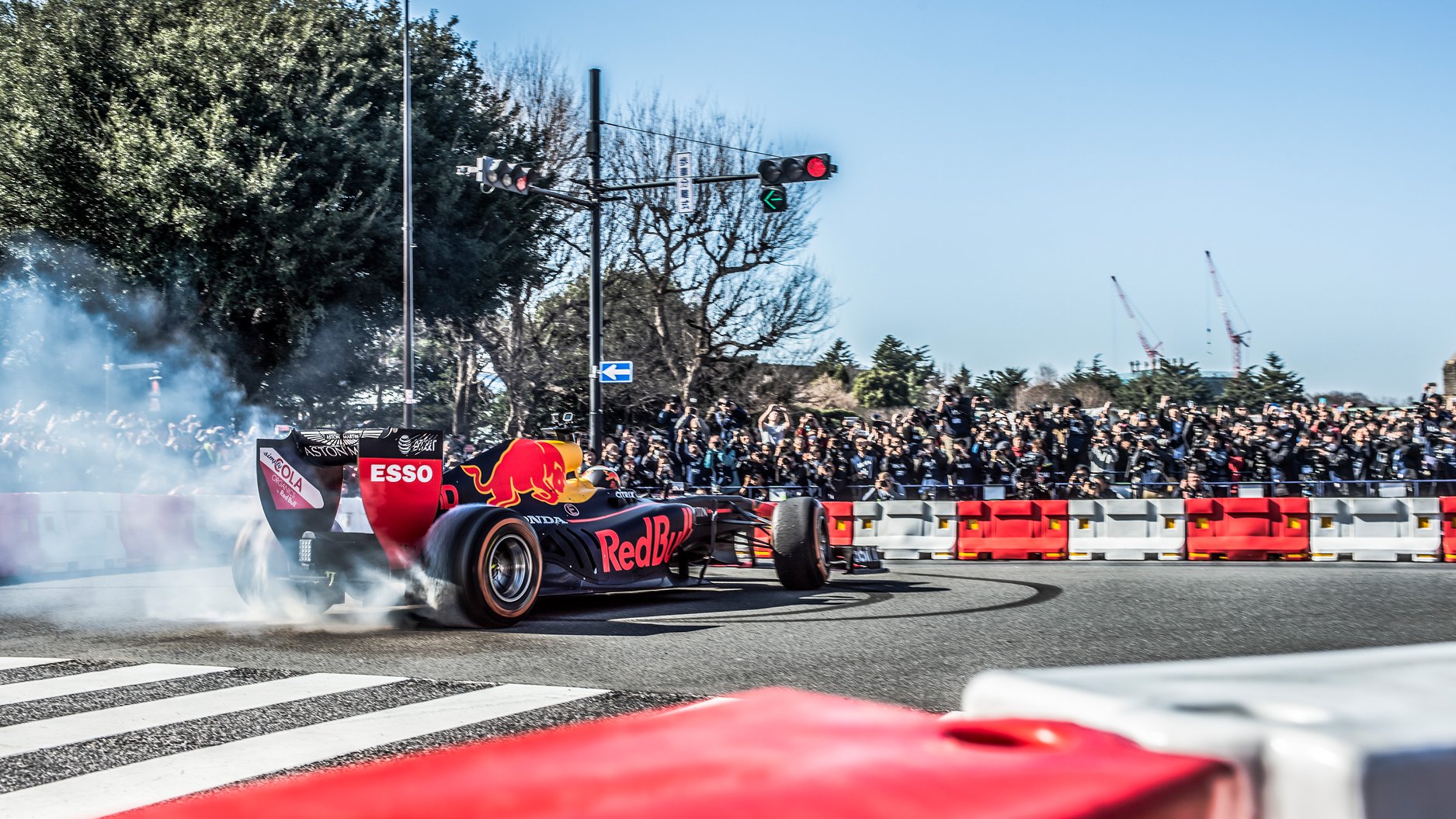 With the start of the season just a week away, we took a ‘small’ detour on the way to Melbourne to light up Tokyo with a show run in the home of our new power unit partner, Honda.

The show car team cranked up the anticipation by setting up a special 400m track in the beautiful parkland of Jingu Gaien Gingko Avenue. Max and Pierre got stuck in, blasting two RB7s through the streets of Tokyo in front of some 10,000 fans, for our first show car event in Japan since 2011.

Fans were treated to a stunning display of F1 power, with the Bulls putting in multiple runs of the track that inevitably resulted in a series of donuts and burnouts at either end of the course.

“It’s the first time I’ve done a show run here in Tokyo, and it was great,” said Max afterwards. “The course wasn’t that long, but it was still fantastic because there were so many fans here and we could do a few donuts too. The support here is generally crazy and now with the combination of Aston Martin Red Bull Racing and Honda together, it’s just amazing. To see that many fans rocking up for a show run is great and in Suzuka later this year, the support should be incredible.”

Pierre, who spent a season racing in Japan’s Super Formula series on his way to F1, was similarly impressed with the turnout. “It’s been an amazing experience to drive a Formula One car for the first time in Tokyo and the crowd was enormous. The passion in Japan for F1 is awesome, and they really show their love for the sport and for the Team, which is fantastic. It’s a privilege to share that passion with them, even if it’s not for long. It’s a wonderful start to the season.”

With the tyre smoke still clearing in Tokyo, we now head straight to Melbourne to begin preparations for next week’s season-opening Australian Grand Prix.

“I’m really looking forward to the first race in Melbourne,” said Pierre. “We’ve been really happy with testing and I think overall it was really positive. Honda did some great work and hopefully we can prove it during the year. My first race with the Team is a super exciting moment and I can’t wait to get started.”