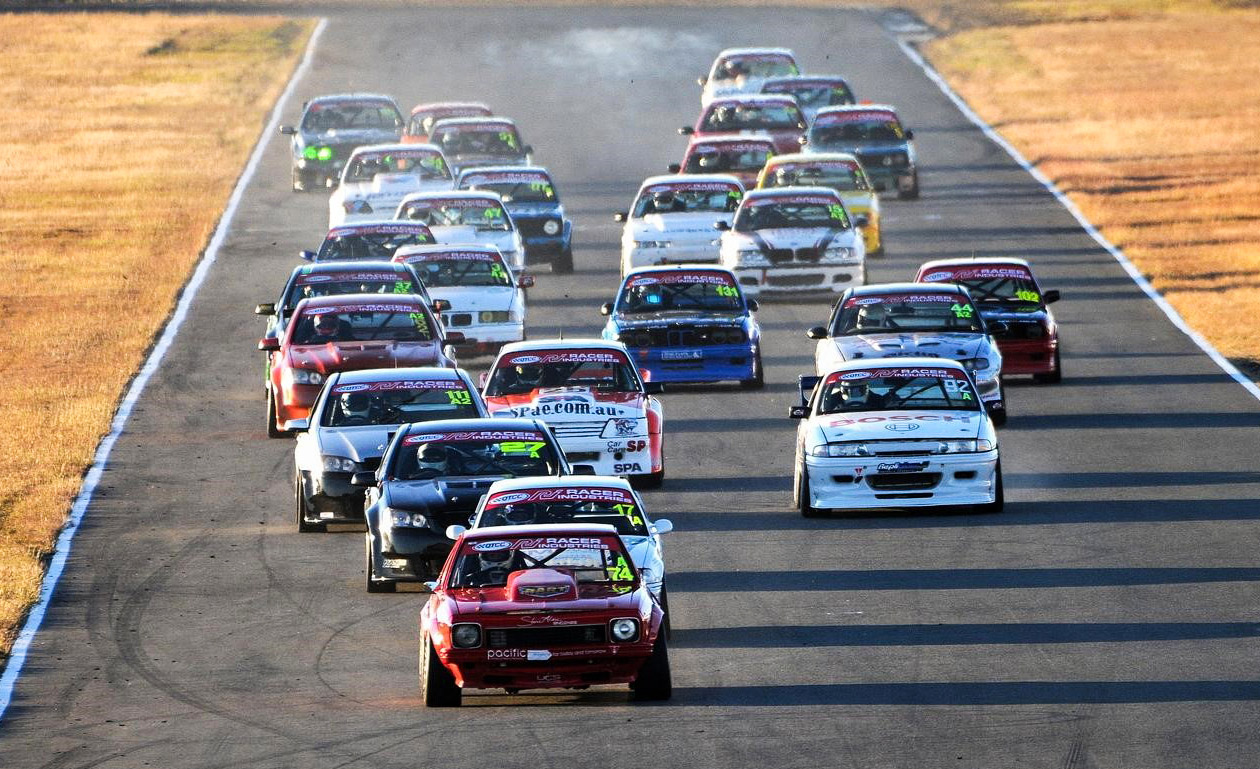 Velocity Motorsport Magazine is proud to announce our alliance with the Queensland Touring Car Championship (QTCC) for their 2019 series.  The QTCC will feature in every issue of Velocity Magazine this year with their race results, stories from their events and of course photographs from the races.

“Like we already do with the national Aussie Racing Car series we will have the QTCC race reports in each magazine, its great to be teaming up with an established grass roots category” says Darin Mandy – Velocity’s online editor and photographer, “the QTCC is a great class of racing in Queensland and we are very happy to be working with the committee and members, the association helps us both, for them its great exposure and for the magazine it means sales and our dedication to grass roots racing”.

QTCC is a CAMS affiliated incorporated club which has grown out of the QV8S series which was first run in 2012. The QTCC is run by the competing Members for the benefit of all competitors and Members. The primary focus of QTCC is to promote an enjoyable club level racing series which pays broad homage to the vehicles which have raced in the Australian Touring Car Championship (ATCC), in its many guises, Australian Group A, Group C and the Super Tourers series since its inception, with some specific exemptions, variations and restrictions.

The next issue of Velocity Magazine is number #32 due out towards the end of this month, and whilst the QTCC have not yet had a race meeting for 2019 it will feature a great story on the history of the Queensland Touring Car Championship, along with their revised 2019 calendar which had to be modified with Lakeside raceway being “on hold” to racing.

QTCC would also like to thank their photographers Fiona Carmichael & Pete Lougheed for their photos that feature in this post and will also be seen in the forth-coming magazines.

Velocity Motorsport magazine is of course a bi-monthly full colour glossy 72 page “keeper” magazine, not a throw away or a “bottom of the birdcage mag” 😉  You can subscribe to Velocity right here on our website (its not available in bookstores) for just $55 per year plus P+H.

The QTCC stories and press will also feature on our Facebook page as well a few weeks after each magazine.