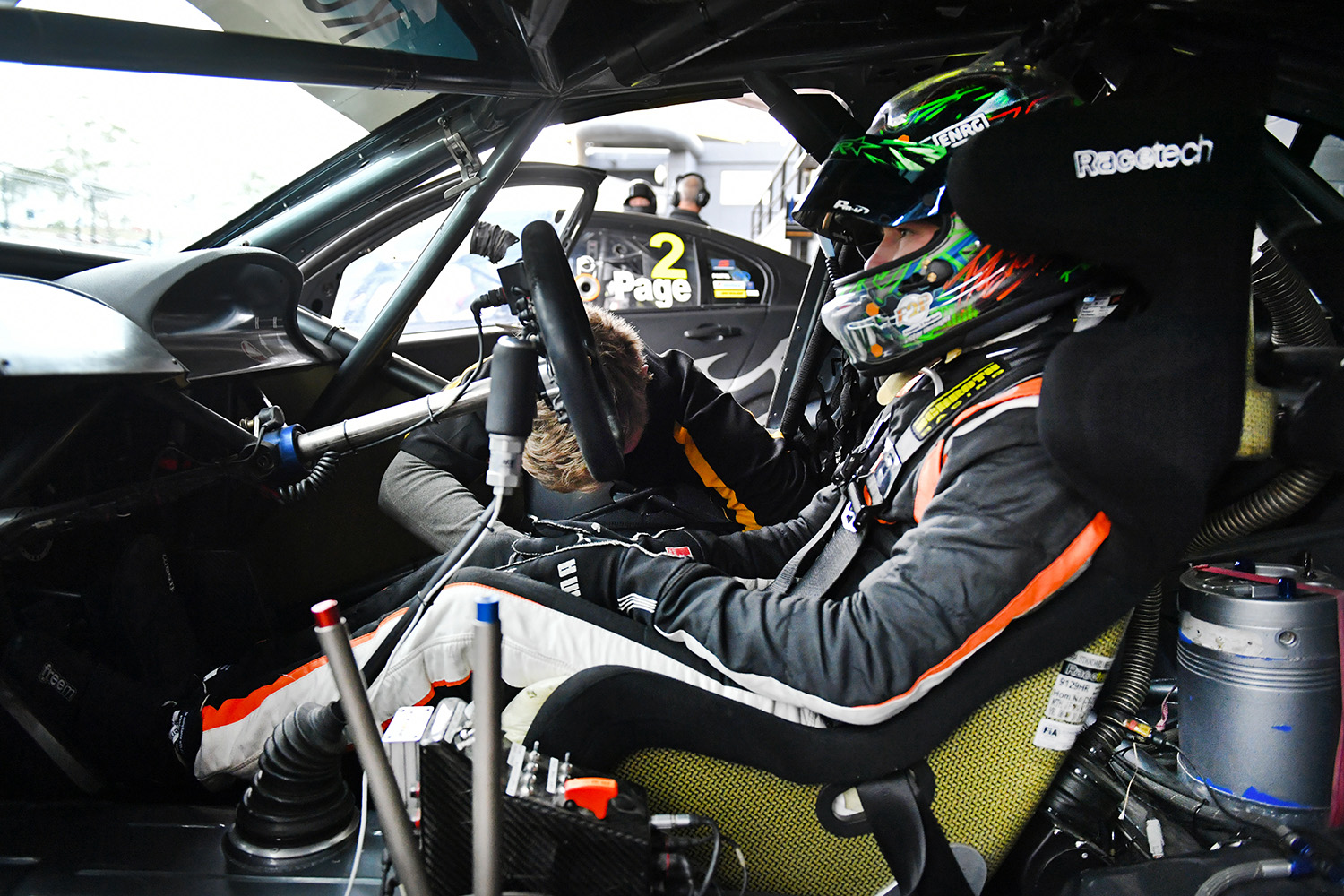 When Velocity Magazine contacted Tyler Everingham to let him know he had won one of our Half Price Parts Media Driver spots he had this to say: “It’s great to see one of Australia’s leading printed Motorsport magazines supporting the development of drivers by providing media packages. The package you’re providing is going to help me out heaps.”

Everingham has taken a huge step towards his dream of a professional motorsport career with a move into the second tier Dunlop Super 2 Championship for 2019. The 18 year old reigning champion in the Kumho Tyre Australian V8 Touring Car Series (now known as Super 3), remains with MW Motorsport for 2019. He moves from an older generation FG Falcon to a newer Nissan Altima Supercar and a switch from Kumho to Dunlop rubber.

“It’s absolutely awesome and awesome to align with a team that’s not only on the third step to Supercars but also to the second step to Dunlop,” Everingham said of his relationship with MW Motorsport.

Everingham headed from Dubbo to South Australia for the opening round of the 2019 Dunlop Super 2  Series at the Superloop 500. The circuit has long been a stumbling block for competitors with the the track labelled as a ‘concrete canyon’ with barriers and imposing metal debris fencing rising high into the skies. The track includes the infamous turn 8, a high speed right hand sweeper that is notorious for snatching cars at every opportunity. The corner had already claimed a number of well credentialed competitors before Tyler set out for final qualifying.

Tyler had moved cautiously up the lap charts during the two previous practice sessions and hovered on the brink of a top 10 grid position as he set off on his first qualifying laps.

“The team was happy with my progress during practice despite a few engine niggles and I looked to set down a good time in my first run,” Everingham explained. “As I looked to set down my base lap I pushed a little too hard and made contact with the wall at turn 8. A little lapse in concentration which had a really costly consequence.”

Everingham was a late withdrawal from the first Super 2 race later in the day when the MW Motorsport Team simply ran out of time as they tried to repair the Lowes Petroleum entry.

“The guys at MW Motorsport worked hard to try and get me back on the grid for Race 1 later that day but we didn’t have the time needed so I ended up having to watch that race from the pits,” Everingham reflected. “Everyone at the track and on social media was extremely supportive and uplifting and kept reminding me that there aren’t many drivers who haven’t been into the wall at the same location.”

Tyler returned for the remaining two races of the weekend and gained more pace from the Nissan Altima as the team tweaked the car back to its best and Everingham gained more seat time in the new car. His weekend finished with an encouraging 15th in the final race of the weekend as he headed home the vastly more experienced Ashley Walsh and Jack Smith.

“This was my first round in the Nissan Altima and also at the Adelaide street circuit and after getting a good run in Race 2 & Race 3 I am beginning to feel more comfortable and confident in the car and myself,” Everingham admitted. “Despite what was an all-round challenging weekend there are plenty of positives to take away from the weekend with a much better performance in Race 3. In this race I had good pace and made my way up to as high as 14th and challenging for 13th position when I attempted a pass which I wasn’t able to stick and ended up finishing the race in 15th position.”

The weekend provided an invaluable learning experience for the young driver from Dubbo in NSW as he looks to establish himself as a championship contender amongst a highly talented and competitive field of drivers. Everingham’s optimism and the ability to take away positives from a challenging event stands him in good stead for the races ahead, beginning with the Pirtek Perth Supersprint from 2-4 May 2019.

“It is true when they say that it is easy to catch but hard to pass especially on the streets of Adelaide,” Tyler said. “I had some good runs, some bad runs and everything in between but there are a lot of things I can take away from this weekend which will help me set myself up for the next round at Barbagallo Raceway in May.”