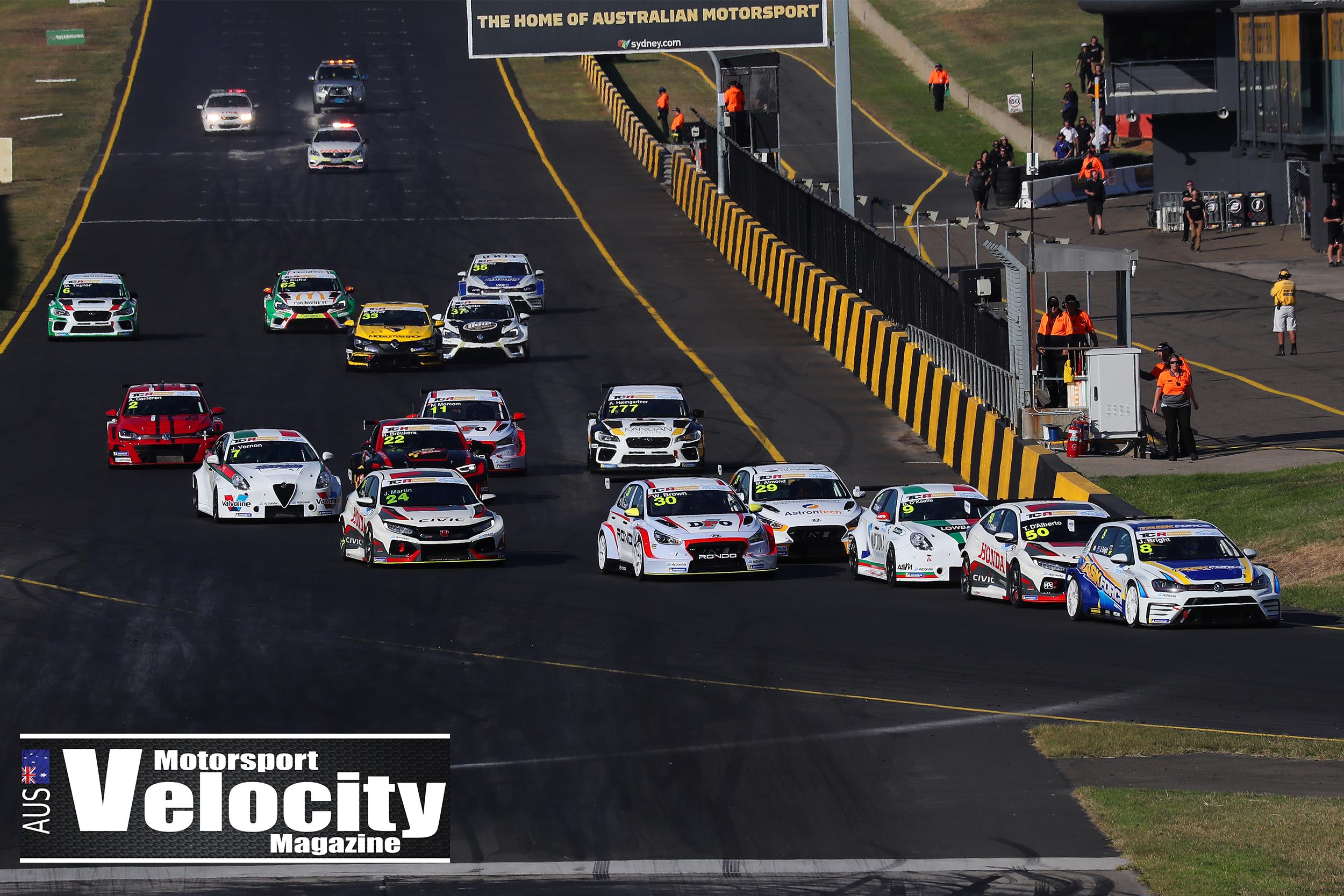 Two new commentators have been recruited for the Phillip Island Shannons Nationals event this weekend.

Due to clashing commitments with the Finke Rally, host and TCR Australia commentator Greg Rust will be missing at Phillip Island, as well as pit reporter Cameron van den Dungen.

Replacing the pair will be the familiar voice of Matt Naulty, who will take up the host commentary role alongside Aaron Noonan.

Replacing van den Dungen in pitman will be racer and media man Jack Perkins. The Supercars race winner will share the lane with Emma Notarfrancesco.

After learning his race calling craft in speedway and drag racing, Naulty is become one of Australia’s leading commentators. The South Australian raised has been calling races for the Supercars Media team for a number of years, as well as Stadium Super Trucks both here and in the United States.

Perkins needs no introduction to the Australian motorsport landscape. The son of six-times Bathurst 1000 winner Larry, Jack is a Supercars and Super2 Series race winner and fills his time between competition in various media roles.

As part of his TV commitments for TCR at Phillip Island, Perkins will get the opportunity to drive a TCR Series car around the famous 4.4km seaside circuit.

Naulty and Perkins will be heard on the livestream that will run both Saturday and Sunday, available to view on the TCR Australia website.

The pair will also be part of the live, free and in HD SBS broadcast which will air on Saturday (2-3pm) and Sunday 1-3pm)

“I’m really keen to be part of the Round 2 at Phillip Island this weekend,” said Jack Perkins.

“I watched from the couch with interest the first round in Sydney, and I was impressed, so to be involved in the broadcast is going to be good fun and I’m looking forward to working with a good team.

“TCR is a great little series. There has been hype for it, not only in Australia abut all around the world. It’s a global formula with a great mix of brands and drivers. The racing was good and there’s a lot of interest, and you get the feeling that it’s only going to get bigger and better.

“Having Garth Tander join the field for Phillip Island is a great new addition for the category. That is definitely going to spark some more interest. The Island track is slightly different circuit to Sydney too. All the drivers had said the cars were pretty hairy through Turn 1 in Sydney, so the nature of the Phillip Island track should make it interesting.

“Being a current driver and racing against half the guys, I feel like I’ll have a good idea of what is going on, so I hope to bring a different insight from the pit lane.”.

“I watched the first round of TCR Australia and I love the racing. It’s a great mixture of youth and experienced drivers, as well as a wide variety of different brands of cars,” said Matt Naulty.

“Having guys like Will Brown in there field is a great yard stick, and Garth (Tander) is going to be a big draw card too.

“It’s unreal that there’s three very well credentialed female drivers too. Molly Taylor is a cool story with her rally background, and I really rate Chelsea Angelo as a driver.

“There are so many positives for TCR Australia, including the short and sharp races. They’ll be lots of action and I can’t wait to sit in the box with Noonz and call the action.”