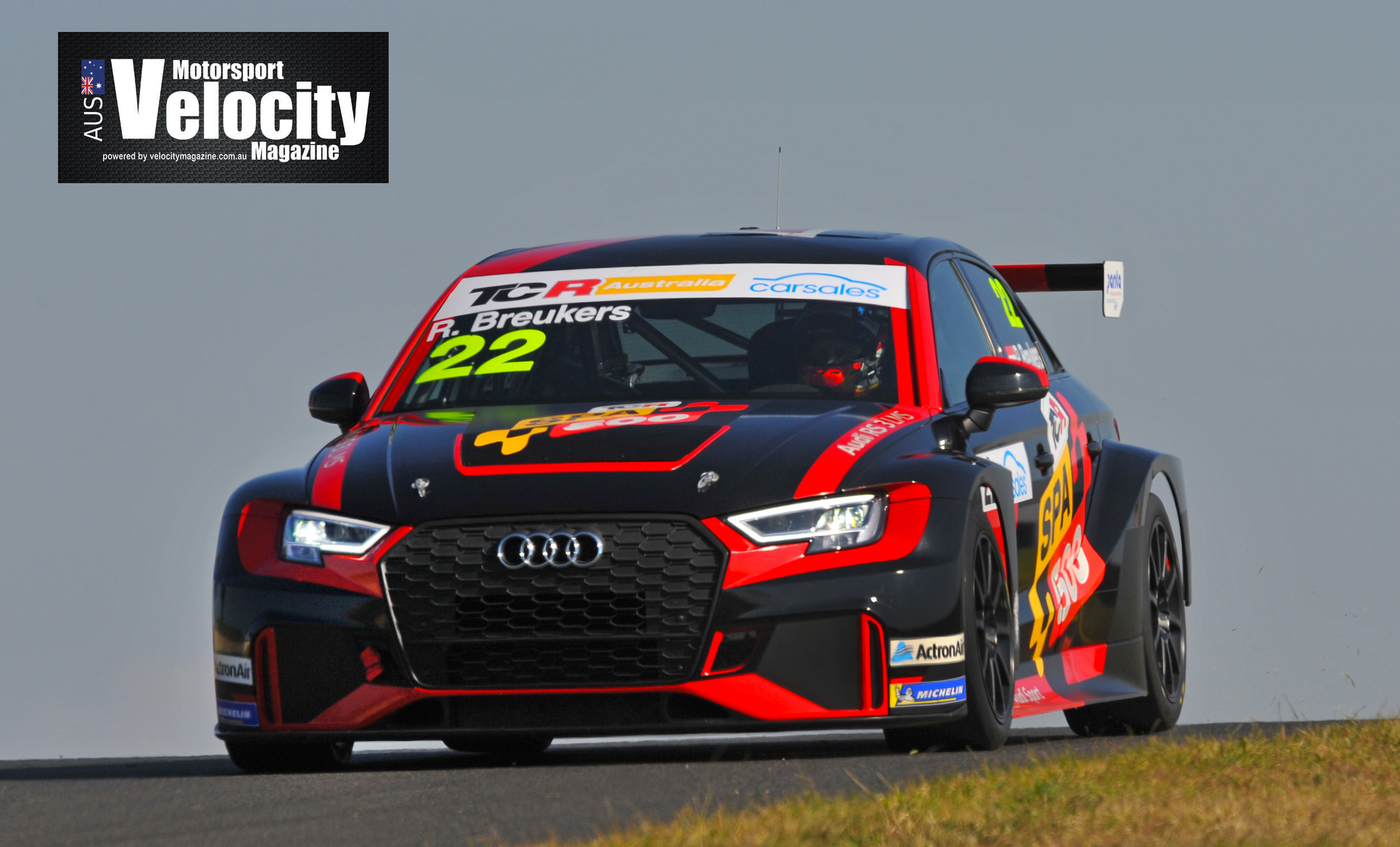 The new RS 3s are currently en route from Germany and will arrive in Australia this weekend – right in time for the Island event.

Cameron will continue as the driver of the #2 Golf entry and currently sits fifth in the TCR Australia Series after a consistent performance at the opening round in Sydney.

The driver of the #22 Breukers Audi, and the two new Audi entries, will be confirmed in due course.

All of the races from Phillip Island will be broadcast live, free and in HD on SBS, as well as the livestream coverage on the TCR Australia website.

“The two new cars are for sale or lease, but we are committed to entering them, plus our exisiting Audi into the Phillip Island event,” said Troy Russell.

“After Sydney, we received an incredible amount of positive feedback about TCR. Everyone realised that TCR Australia is real and it’s happening, and potential customers of ours were pleasantly surprised about how well it ran.

“And the whole show is only going to get better. For our business, and the feeling amongst the industry, TCR is the way forward. The interest has been massive. Hence why we have two new cars on the way.”

“It is fantastic to see two more cars coming into the Melbourne Performance Centre stable for this year,” said Matt Braid.

“Adding to the two new Hondas that were confirmed recently, this will mean that we are well over 20 cars in the country and more on the way.

“The Audis are one of the strongest and consistent performers on the TCR global front. The RS 3 was awarded the TCR ‘Model of the Year’ in 2018, so it’s no surprise to us that there has been strong interest in people racing it here.

“Audi has been a long time supporter of Australian and international motorsport. We met with a number of their management in Sydney and we’re looking forward to exploring more opportunities with them in the future.”