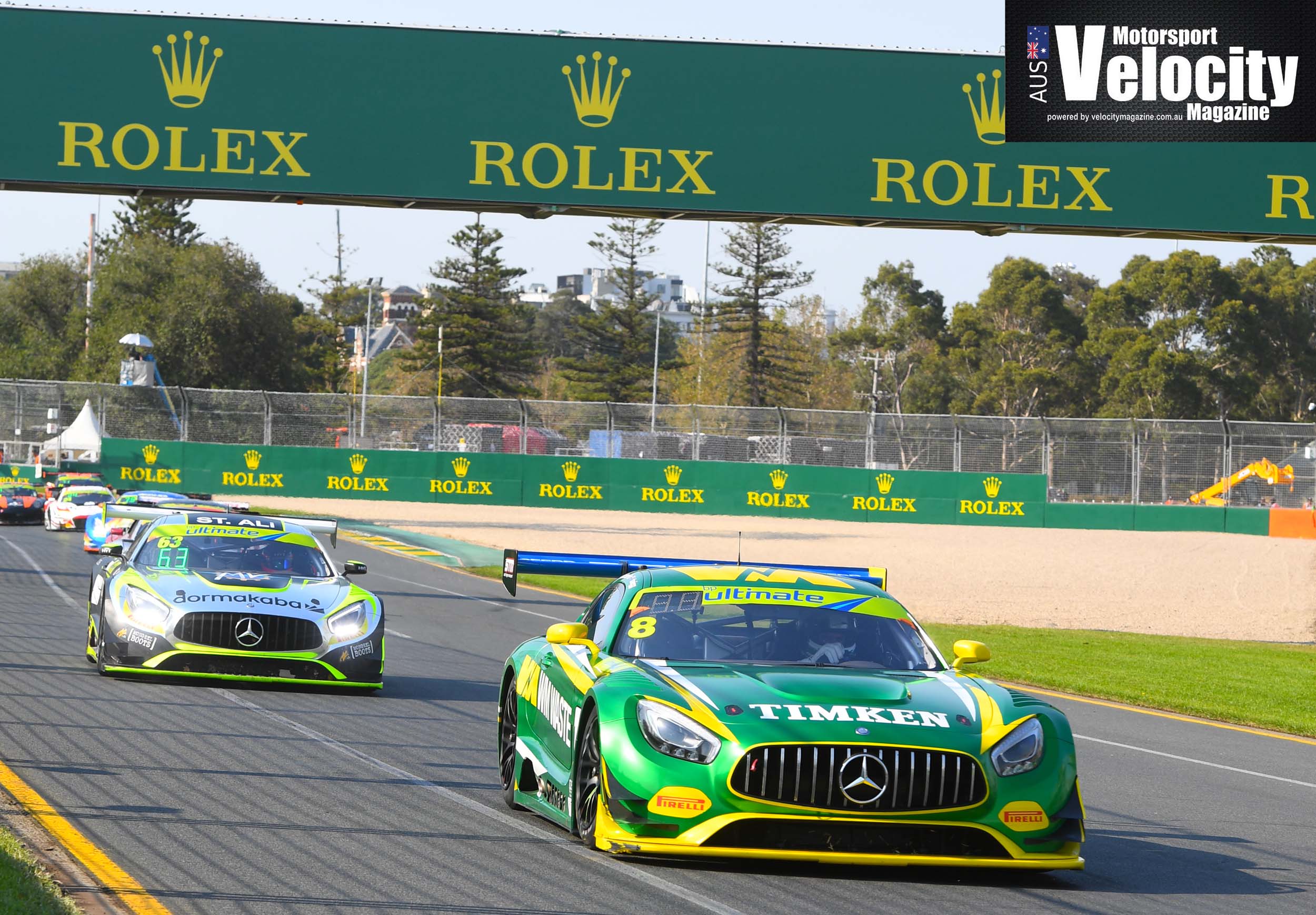 After an outstanding run during the opening round of the 2019 CAMS Australian GT Championship on the streets of Albert Park, Scott Taylor Motorsport [STM] left the Australian Grand Prix with a big haul of points, Max Twigg with the GT3 points lead, Kenny Habul in third place outright and Scott Taylor within reach of the Trophy Series points lead.

The second round of the AGT program sees a return to the west and Barbagallo Raceway, a circuit at which both Twigg and Taylor have past experience, with both of them looking to put that experience to good use when the popular championship returns to the Supercars calendar for a day-night event in early May.

After an outstanding run at Albert Park – a run that saw Twigg claim one win and three second-placed finishes to comfortably lead the outright GT3 points by the close of the round – a return to Barbagallo gives him a very real chance of adding an AGT title to his current Australian Endurance Championship crown.

“I was initially committed elsewhere the Barbagallo weekend, so wasn’t planning to be in the west, but after such a solid run at Albert Park, and some internal discussion at STM, I’m back in the saddle and looking to gain as many points as possible towards the title,” Twigg admitted.

Like team-boss Scott Taylor, Twigg was on the grid in 2017 when Australian GT last competed at Barbagallo, the WM Waste Mercedes-AMG claiming a pair of top five finishes.

“I’ve had a mixed relationship with Barbagallo over the years. I’ve won there a few times in Carrera Cup, but haven’t quite nailed it with AGT, but this year could be the charm.”

Whilst Twigg hasn’t seen victory at Barbagallo in Australian GT, Scott Taylor has, the Queenslander joining expat New Zealander Craig Baird for a win at the popular West Australian venue in 2016, before running the mighty Mercedes-AMG alone the following year to be second AMG across the line [behind Twigg] in race one, ahead of an incident early in race two which forced his retirement.

“I’ve enjoyed my past experiences at Barbagallo, so I’m not disappointed to be going back,” Taylor admitted. “This year though will be different in the Porsche, but the circuit is the same, and so is my approach – enjoy myself, and do what I can to mix it at the front of the pack, although this time it will be the Trophy Series pack.”

After a solid start to the season in his much loved Scott Taylor Motorsport Type 997 Porsche GT3 R, Taylor sits fifth in AGT Trophy Series points. Despite running at the front of the pack at Albert Park, an incident in the third race saw him sidelined with damage to a radiator, but he recovered strongly in the final race to add more valuable points to his tally and be within striking distance of the top three heading to Barbagallo.

“Things were looking good in Melbourne, but I got caught up in an early race incident and that put paid to a podium for the weekend, but I really enjoyed being back in the Porsche, and I’m really keen to see what it can do around Barbagallo, especially as the Type 991 was quick enough to take a win there in 2017, so it clearly suits the nimble nature of the Porsche.”

Whilst both Twigg and Taylor can put their prior Barbagallo experience to good use, the 2019 event will provide a twist, with two of the three scheduled 40-minute sprint races being held under lights.

“That, I’m looking forward to,” Twigg admitted. “I’ve done a bit of night racing in the past, and have really enjoyed it, so that should be a great spectacle for the fans, and will also be more comfortable for us as drivers without the hot West Australian sun bearing down on us – it should be a fantastic event.”

The Australian GT teams will be in action at Barbagallo on Thursday, May 2, for two 30-minute practice sessions ahead of the two 15-minute qualifying sessions late Friday afternoon. Race#1 will come in the twilight at 8:00pm on Friday, ahead of Race#2 at 3:45pm on Saturday and the final race Saturday night at 8:35pm (AWST).

All the qualifying and race action will be covered LIVE on Fox Sports, Channel 506.