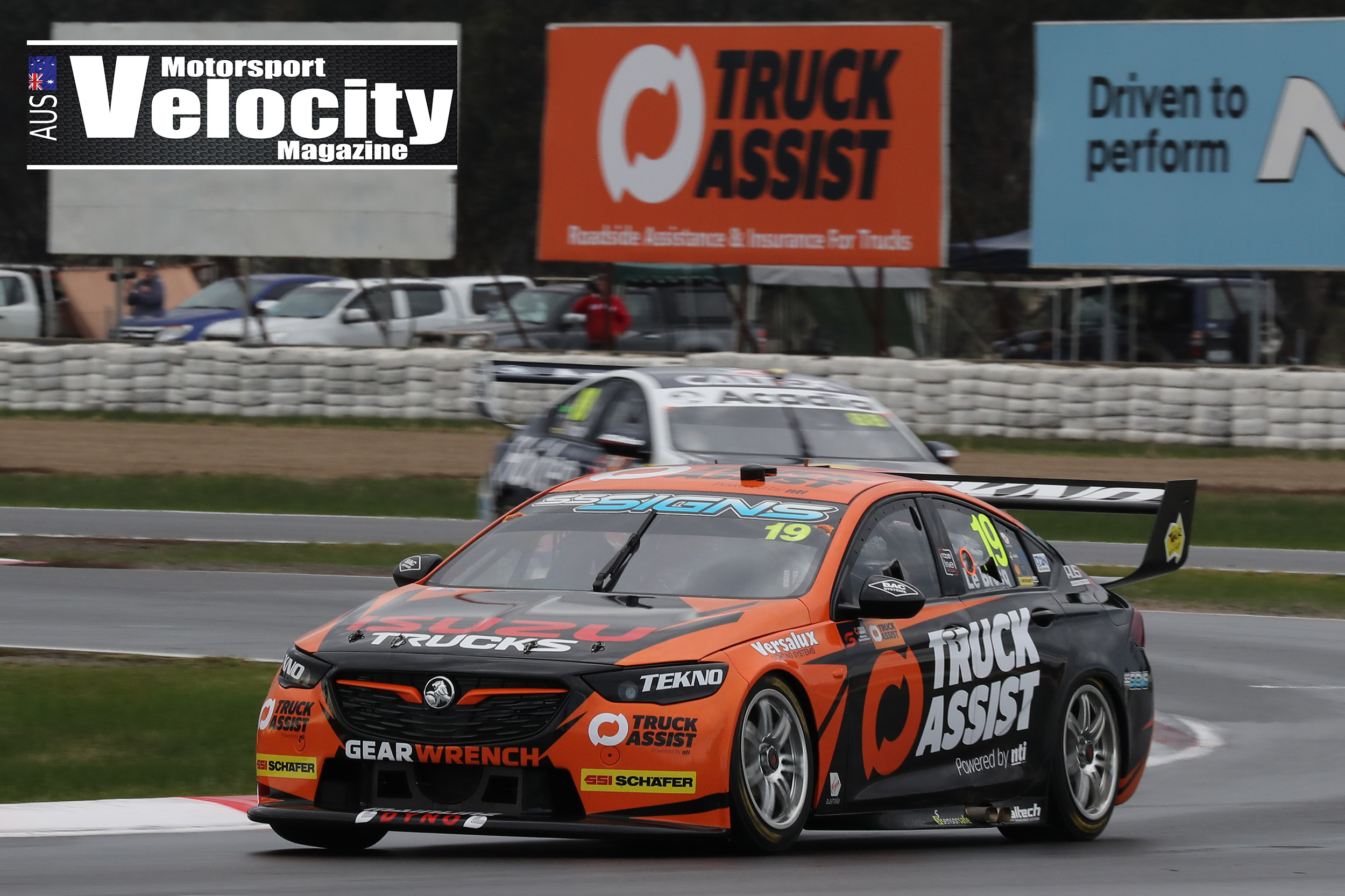 The twin races around the rural Victorian bullring netted results of 20th in both encounters, a solid improvement over the team’s starting positions for the respective races, with Le Brocq set for a season best result in the second race until issued a penalty late.

“Saturday was an interesting day, with rain playing a big part in the early running,” said Le Brocq.

“Unfortunately in qualifying we got caught out on slick tyres, and we didn’t make the most of the situation.

“The race was pretty intense, we raced very hard and managed to move up a few spots.

“We had better pace today in the race and were trucking along nicely.

“I was very happy with the Truck Assist car, but unfortunately we got a bit of a penalty for a little incident earlier on.

“There were some good signs with the car, and I now I’m really looking forward to getting to Darwin.”

The weekend kicked off with a co-driver only session, with team principal Jonathon Webb taking the wheel and setting the 12th fastest time in tricky conditions.

The compact two-day format saw 40-minutes of practice setting the agenda for knockout qualifying on each day.

After being 25th in Saturday practice, Le Brocq qualified in the same position for the first race after the squad gambled on slick tyres with track grip rapidly changing.

A smart getaway saw Le Brocq jump up into 21st place in the opening exchanges of the race, before ultimately making his way through to 16th prior to pitting on lap 16 of 40.

Passing Garry Jacobson in the run to the chequered flag gave a 20th place result. 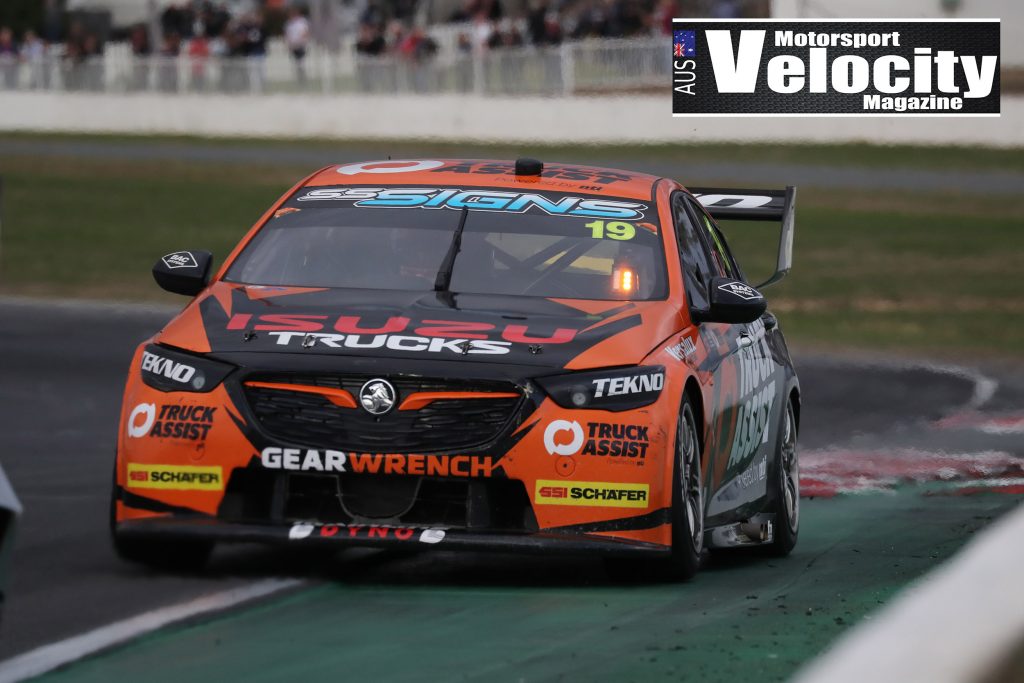 SEE ALL OF VELOCITY’S SUPERCARS PHOTOS FROM WINTON HERE

A long first stint saw the TEKNO machine head into the pits on lap 19 of 67 from fifth position, where a quick service saw the outfit jump Macauley Jones.

Once the stops were completed, Le Brocq found himself in 20th, before another long run saw the number 19 Commodore receive its second service on the 38th circuit from third place.

Despite having a post-race 15-second penalty looming, Le Brocq raced his way up to 12th position, with his promising run coming undone when the safety car entered the circuit in the closing stages, bunching the field.

Following 14 races, Le Brocq sits 21st in the series standings, while the Supercars Championship now migrates north for the winter, with the Darwin Triple Crown scheduled for June 14-16