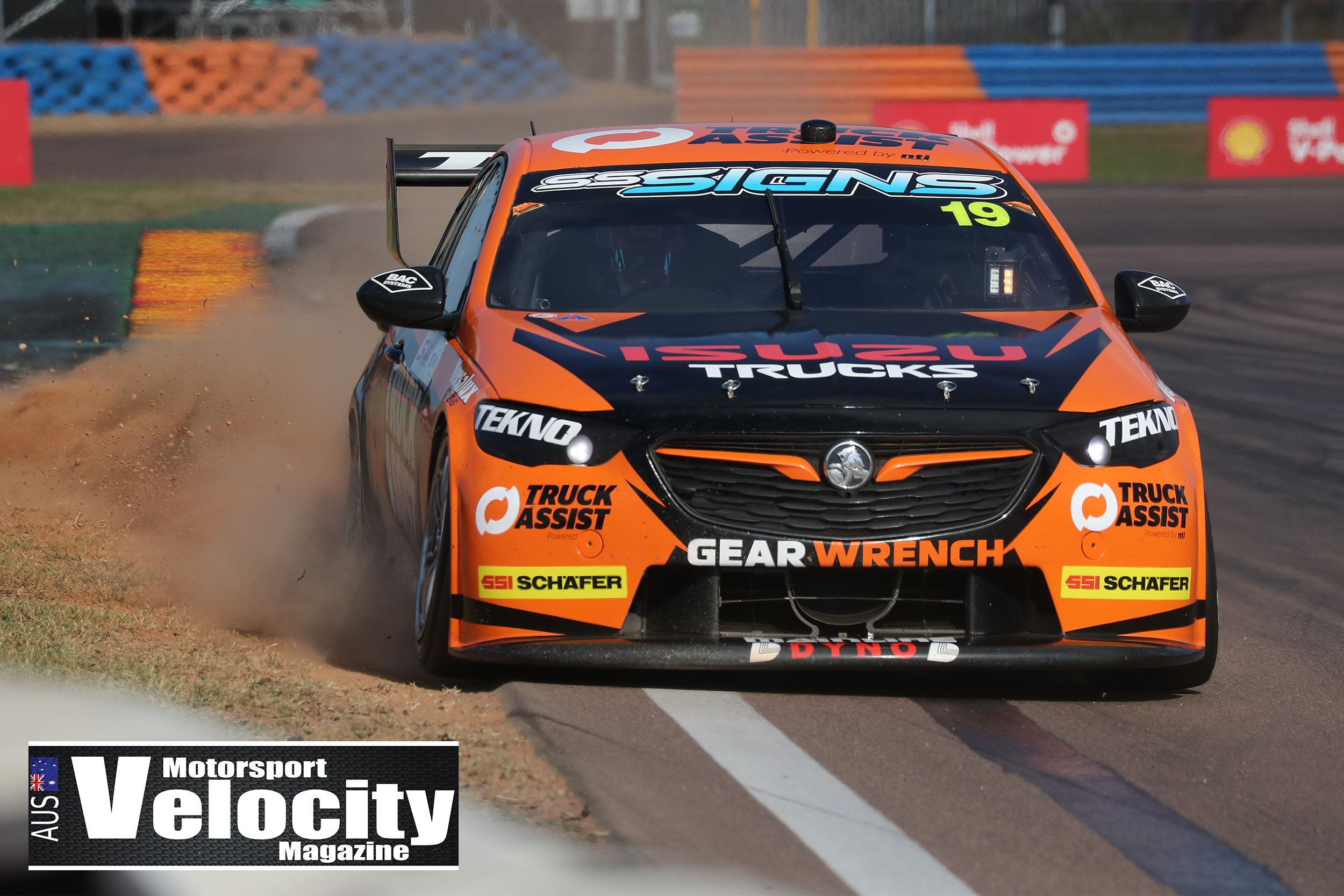 Le Brocq was an unfortunate non-finisher from race one after an opening lap melee, while he managed 21st position in the second encounter.

“Saturday was a tough one; I made a good start, but then got pushed wide at turn one, and after that there was a heap of carnage that we got caught up in,” said Le Brocq.

“Unfortunately the damage to the suspension was just too bad to fix during the race.

“Sunday was a tough one that didn’t quite go to plan, we didn’t have the race pace we thought we might have.

“We pressed on and got to the end, but we definitely made progress over the weekend.

“I’m really proud of the guys and their effort back at the workshop, we’ve got a few good things we’ve been working on.

“I’m looking forward to making some more progress in Townsville.”

Friday’s on track running featured a pair of 30-minute-long practice sessions, with Le Brocq setting the 13th and 17th fastest times in the respective runs.

For the third and final practice on Saturday morning, Le Brocq registered the 10th fastest time on old tyres.

With new Dunlops on board for qualifying, Le Brocq set the 20th best time.

From the start of the opening 120km long race, Le Brocq made a smart getaway, but at the first corner he was pushed wide by Scott Pye, with subsequent contact form James Golding sending the number 19 machine to the garage.

After holding station at the start, a longer opening stint saw Le Brocq take his first service from 11th position on lap 19.

With the race running safety car free, Le Brocq battled against a front anti-roll bar issue, as he pitted for a second time on lap 38 of 70 from 10th.

In the run to the finish, Le Brocq held on to 21st.

After 16 races, Le Brocq is now positioned 23rd in the series point score, with the Supercar Championship now transiting to Townsville for the eighth event of the season from July 5-7.