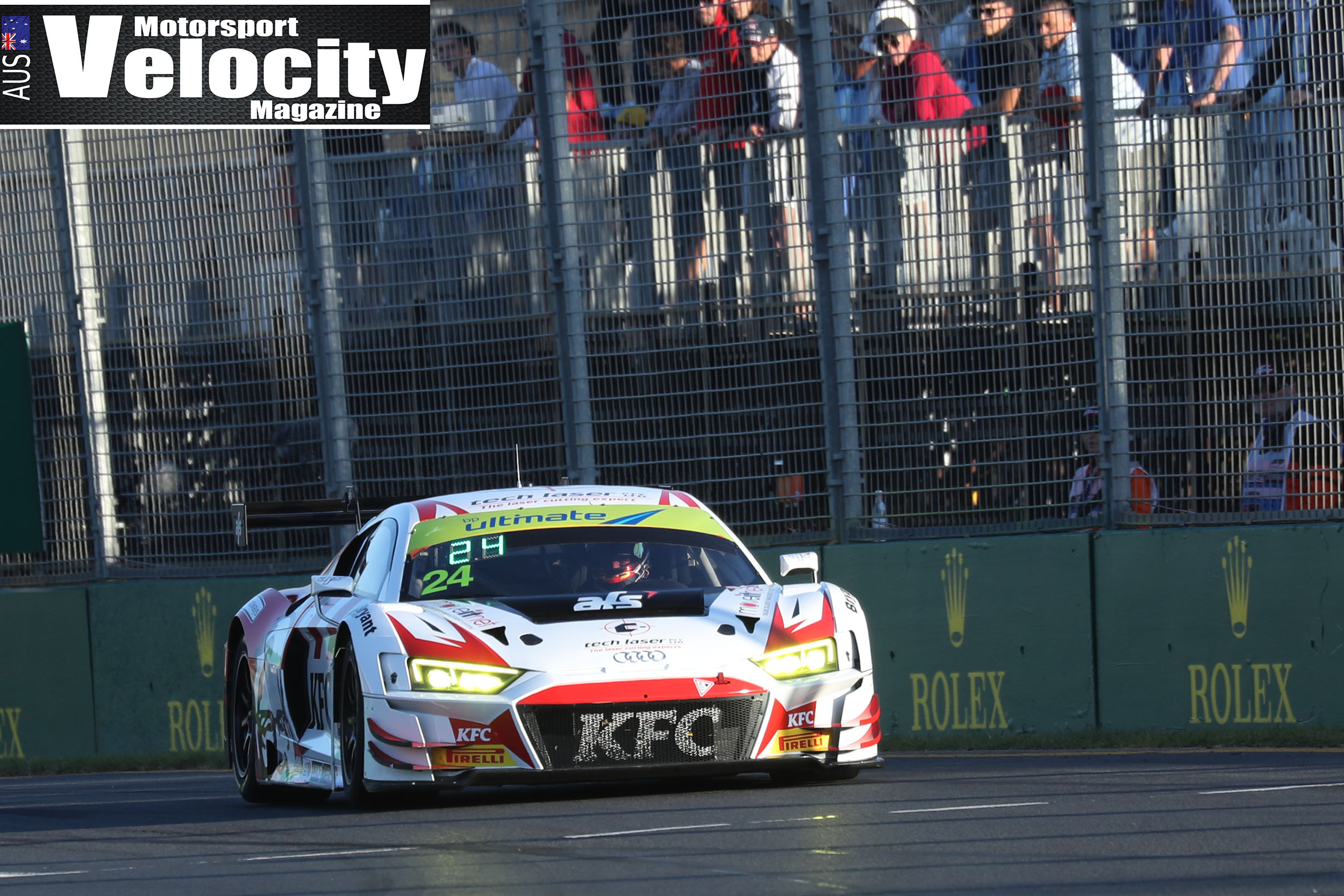 KFC/Moveitnet/Local Roadways/AFS/Bryant & Bryant driver Tony Bates has given the thumbs-up to his Audi R8’s recently-installed upgrades after finishing fifth overall in the opening race of the 2019 Australian GT Championship at the Grand Prix today.

Bates qualified fifth and eighth in the two qualifying sessions, before holding his position with a consistent run in this evening’s first race.

“The upgrades are definitely an improvement, mainly in the high-speed corners,” Bates said.

“In qualifying, I was learning the effect of the upgrades, and working on adapting my driving style to the faster and more flowing Albert Park circuit after racing on the stop-start Adelaide track.

“I had a tangle with another car in the first corner of the race, which checked up my momentum, but fortunately didn’t cause any damage.

“After that, I concentrated on recording consistent times; overall, the car was good but there was a minor brake issue, which caused my speed to fall away a little towards the end.

“There’s still some work for the team, and for me as a driver, to maximise the potential of the updated Audi package and there’s definitely more speed to be found.

Bates said tomorrow’s race will be more challenging, starting further back on the grid.

“The second qualifying session was not as good as the first, and I’ll need to overtake some cars tomorrow,” he said