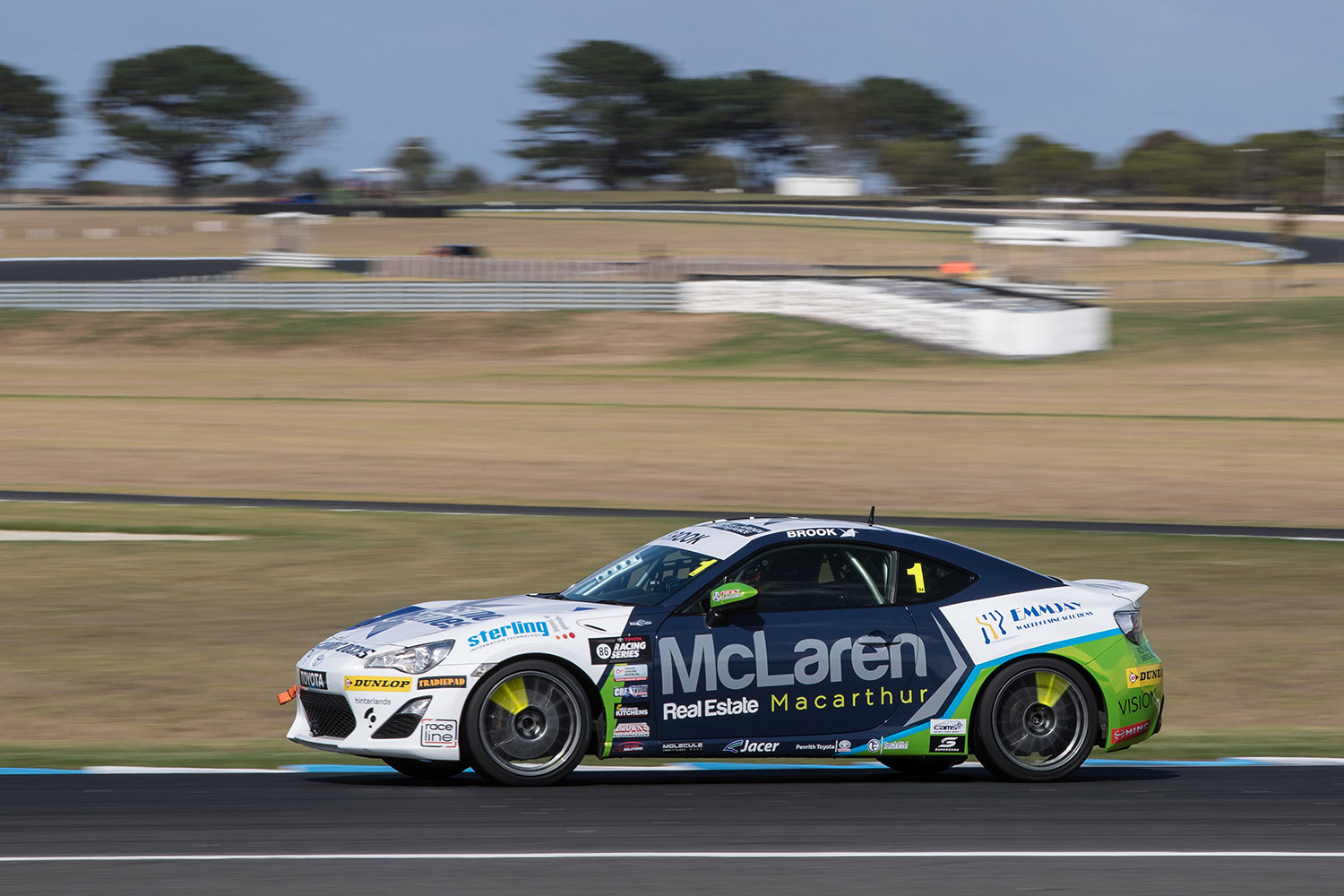 The 2018 series champion, Brook has returned in an unprecedented effort to go back-to-back in the ultra-competitive one make series.

After converting his daily driver into a fully-fledged race car prior to the 2018 season, Brook has spent the summer going back over his championship winning machine to ensure it’s in perfect health.

“We were lucky to get out of Newcastle at the end of last year without too much drama, so we didn’t have to do any major work which is great,” said Brook.

“We had a shakedown test at Sydney Motorsport Park just to check out things like dampers to make sure they’re all good, and then we went to Phillip Island for the season launch event where we were about where we wanted to be.”

Brook won six times in the 2018 season, dominating the Townsville event to set up his title charge.

It will see him enter the coming campaign carrying the coveted Number 1 on his car.

“I think other people think about it more than we do – I’m not sure winning the championship last year has really sunk in.

“At the season launch event at Phillip Island they said ‘the champ is back’, and I had to stop and think ‘oh, they’re talking about me!'”

Ready to help him along every step of the journey are his loyal supporters, both commercial partners and his accomplished team of mechanics and engineers.

In the pits, loyal lieutenants David and Jason, Mark, and Joe will swing the spanners to keep the McLaren Real Estate Macarthur entry in top form.

“Everyone is back again, which is great to have that consistency.

“We’ve welcomed Emmjay Warehouse Solutions but otherwise pretty well all our partners have come back because they want to be part of a back-to-back effort, and we’re stoked with that.

“And that’s fantastic, because it’s thanks to everyone that helps that we’re able to do this, so we really can’t thank them enough for their support.

With the cars evenly matched, qualifying is set to be a critical moment according to Brook.

“At every round there’s a 15 minute qualifying session where everyone has the same opportunity.

“If you can qualify at the front you can hopefully stay out of a bit of the battling in the early laps where everyone is fighting for every millimeter.”

All the action from Friday afternoon will be broadcast live on Fox Sports, channel 506, and streamed online by Kayo Sports.