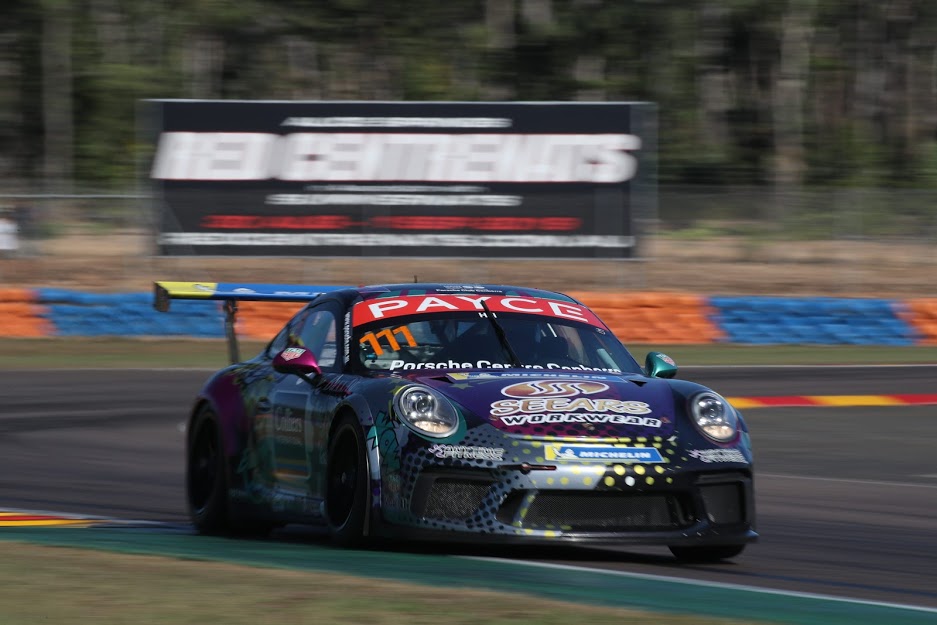 Canberra Porsche racer Cameron Hill is predicting one of the closest Carrera Cup qualifying sessions of the year after the top contenders were separated by tiny fractions in practice today.

Hill was fifth-fastest in opening practice at Darwin’s Hidden Valley circuit and fourth in the second session, finishing the day upbeat about the performance of his Porsche 911.

“In terms of pace, Hidden Valley was one of our stronger rounds last year, so we had a clear direction on setup coming into the weekend,” Hill said.

“The car felt good straight away, but there are always improvements to be found and we tuned it between sessions; it was even better in the second session.

“We didn’t run new tyres today, so I was very happy to be as close to the front-runners as I was.

“The times are seriously close, which shows just how competitive the field is. In qualifying tomorrow, it’s shaping up to be one of those sessions where gaining or losing 0.1s could be the difference between several positions.

“Whoever qualifies on pole tomorrow will certainly have to earn it, hopefully we can do something special.”

Qualifying will be held at 11:35am Australian Central Time tomorrow, with Race 1 at 2:45pm.