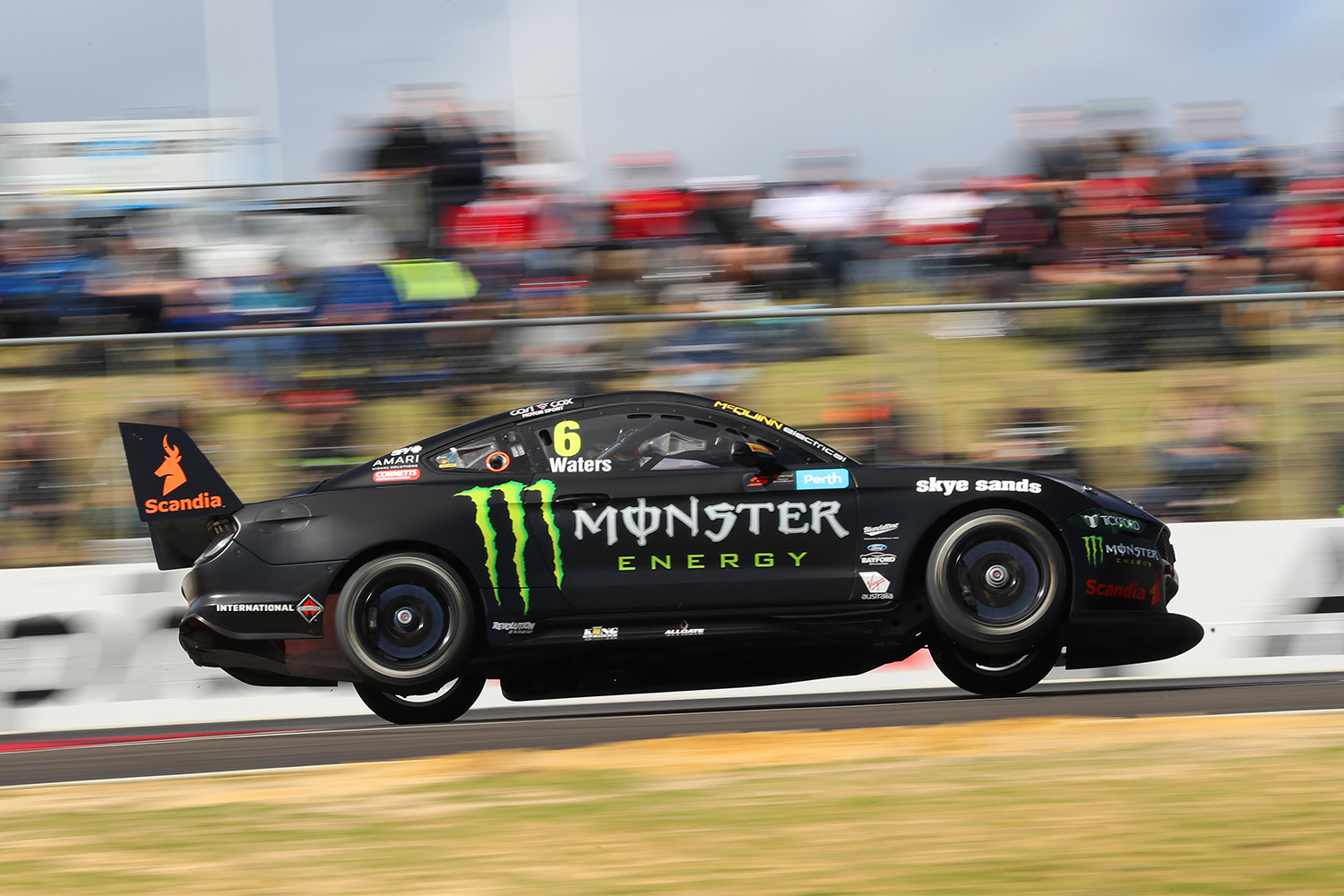 While some TV viewers grapple with the conclusion of the final season of “Game of Thrones,” Tickford Racing has been hard at work in preparation for the resumption of the 2019 season of the Virgin Australia Supercars Championship, at this weekend’s Winton SuperSprint.

Leading the team into the weekend is Chaz Mostert (No. 55 Supercheap Auto Ford Mustang), who sits fifth in the Supercars pecking order. Mostert has a win and four poles to his credit at the Victorian circuit.

Will Davison’s (No. 23 Milwaukee Racing Ford Mustang) consistency has him seventh in the championship thanks to ten top tens from 12 races in 2019, and is knocking on the door of 23Red Racing’s first ever podium.

Cameron Waters (No. 6 Monster Energy Ford Mustang) concluded the Perth SuperNight with a third place finish in Race 12 earlier this month, and looks to build on that momentum while trying to add to his growing trophy collection in 2019.

Winton Motor Raceway is the site of a special memory for Lee Holdsworth (No. 5 The Bottle-O Ford Mustang), where he scored an emotional race win in 2014, and is looking forward to continuing his growth in the team, having finished in the top ten three times in the last five races.

The Winton SuperSprint takes place May 25-26 at Winton Motor Raceway. The condensed weekend sees only two days of Supercars activity, with an additional driver session on Saturday morning preceding main game practice, qualifying, and Race 13, and a similar schedule on Sunday ahead of Race 14.

DRIVERS’ VIEW
No. 5 The Bottle-O Ford Mustang
Lee Holdsworth
“I’m looking forward to the Winton round, it’s been a track where I’ve had success in the past and generally been quite quick there. Rolling out of Perth I felt like we got a direction for me with the car, and hopefully that pays off for qualifying this weekend which has been a weak point for me, and I’m confident we’ll have a good race car. Weather may play a bit of a role over the weekend, but we’ll get out there and put our best foot forward.”

No. 6 Monster Energy Ford Mustang
Cameron Waters
“It will be good to get to Winton, I obviously came off a podium in Perth and we found a good direction with the car which was pretty positive. We had a lot of bad luck last year at Winton, so it will be good to get back there and hopefully that’s all behind us. We’ve had a pretty good start to the year, and I think we can get another good result and be back on the podium.”

No. 55 Supercheap Auto Ford Mustang
Chaz Mostert
“Winton’s up next, Perth didn’t go quite to plan for us with a DNF in the last race, but it was good to have some good car speed across the weekend. I’m looking forward to getting to Winton, hopefully we can have a balance out of the gate and really apply it to try and get another trophy and keep the trot alive.”

No. 23 Milwaukee Racing Ford Mustang
Will Davison
“After a small break, I can’t wait to continue our season at Winton. It’s a challenging circuit that is always very close on track. Qualifying will be crucial and especially challenging given the new format & limited practice. We didn’t test last week like most Victorian teams, but the team has been working extra hard back at the workshop to prepare 100% and find some little gains. I am confident we can keep our strong performance going, I’ve always gone well at Winton so am aiming higher for the weekend.”

Tim Edwards, Team Principal
“It’s a bit of an unconventional lead-in for us, having not run the Mustang at Winton, having not been there at all in eight months, but it’s not necessarily negative. It’s been no different at pretty much every other track so far and we’ve been pretty strong, and we’re optimistic of a good weekend. With the condensed schedule it’ll be key to roll out well, but we’re confident we’ll be up to the task and can come out of the weekend with some good results.”