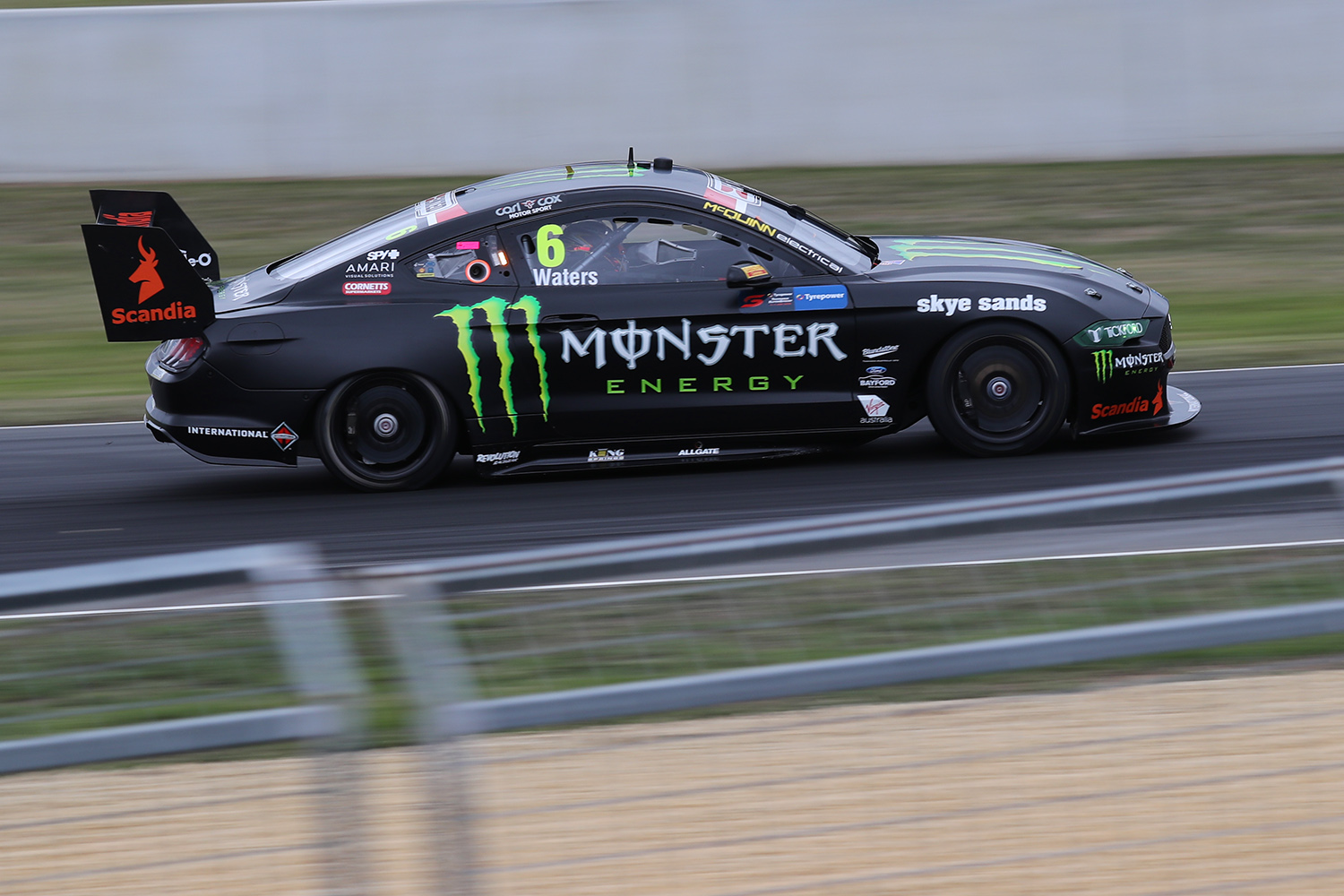 Tickford Racing has completed an incident free Friday at the Tasmania SuperSprint at Symmons Plains Raceway. All four team-prepared cars ran without issue on the day, and were led by Chaz Mostert’s No. 55 Supercheap Auto Ford Mustang.

The day started with an additional driver session in which co-drivers Michael Caruso, James Moffat, and Alex Davison – as well as team Super2 driver Thomas Randle – took part, before a pair of main game driver sessions in the afternoon.

A last lap run put Mostert to the top of Practice 1 before slotting into sixth in Practice 2, giving him a bye from the first round of knockout qualifying on Saturday. Will Davison (No. 23 Milwaukee Racing Ford Mustang) also made the top ten in Practice 2, meaning he will advance straight to Q2 for Race 7 qualifying.

Lee Holdsworth (No. 5 The Bottle-O Ford Mustang) and Cameron Waters (No. 6 Monster Energy Ford Mustang) both ran mid pack in the later session, citing set up changes that didn’t yield results. Both Holdsworth and Waters will both contest Q1 on Saturday.

DRIVERS’ VIEW
No. 5 The Bottle-O Ford Mustang
Lee Holdsworth
Additional Driver Practice – Thomas Randle: 51.81s, 16th
Practice 1: 51.12s, 6th
Practice 2: 50.89s, 14th
“It was a really messy second session for us. We had a drama with some of the changes we made, and we ended up a little bit out of where we felt we were with the car. I found it very difficult to drive and put a lap together, so I was actually surprised we ended up where we did. Unfortunately we didn’t have the car to get into the ten, but we feel confident that once we reset the changes and get it back to where we want it that we’ll have a pretty speedy car.”

No. 6 Monster Energy Ford Mustang
Cameron Waters
Additional Driver Practice – Michael Caruso: 51.71s, 13th
Practice 1: 51.19s, 12th
Practice 2: 51.10s, 20th
“I had a very disconnected day. We had braking issues in Practice 1, and we fixed that for Practice 2 but had other issues with the car. It wasn’t a great day, but we know what to fix, we’ll get on with it, and bounce back tomorrow to be where we should be.”

No. 55 Supercheap Auto Ford Mustang
Chaz Mostert
Additional Driver Practice – James Moffat: 51.37s, 6th
Practice 1: 50.78s, 1st
Practice 2: 50.69s, 6th
“It wasn’t a bad day, great to get Moff in the car for a steer and the Supercheap Auto Mustang was pretty good overall. We’ve got a little bit more to find still but we’re pretty competitive and have a decent feel for what we need to make those gains. The field’s so tight here that every hundredth matters, every corner, gear change makes a difference, so we’ll see what we can do overnight and bring out to play tomorrow.”

No. 23 Milwaukee Racing Ford Mustang
Will Davison
Additional Driver Practice – Alex Davison: 51.65s, 12th
Practice 1: 51.12s, 7th
Practice 2: 50.81s, 10th
“It’s great to get through to Q2, that was the main goal today. It’s been a good day, it was a good practice day, we tried quite a bit with the car. We made some improvements for sure, but we sort of fell out of the window a bit in the second practice, that was really close. I’m really relieved that we got through, but we’re there or thereabouts. We’ve got a lot we can look at tonight, we’re pretty close but we need to tune it up a little bit, and I think we’re capable of doing that.”

Tim Edwards, Team Principal
“Obviously it’s not the level of success we had at the Grand Prix, but it was a solid start to the weekend. It’s only a practice day, but we’ve got a bit of work to do to climb the order, we’re not far off where we need to be so we’ll stay at it.”