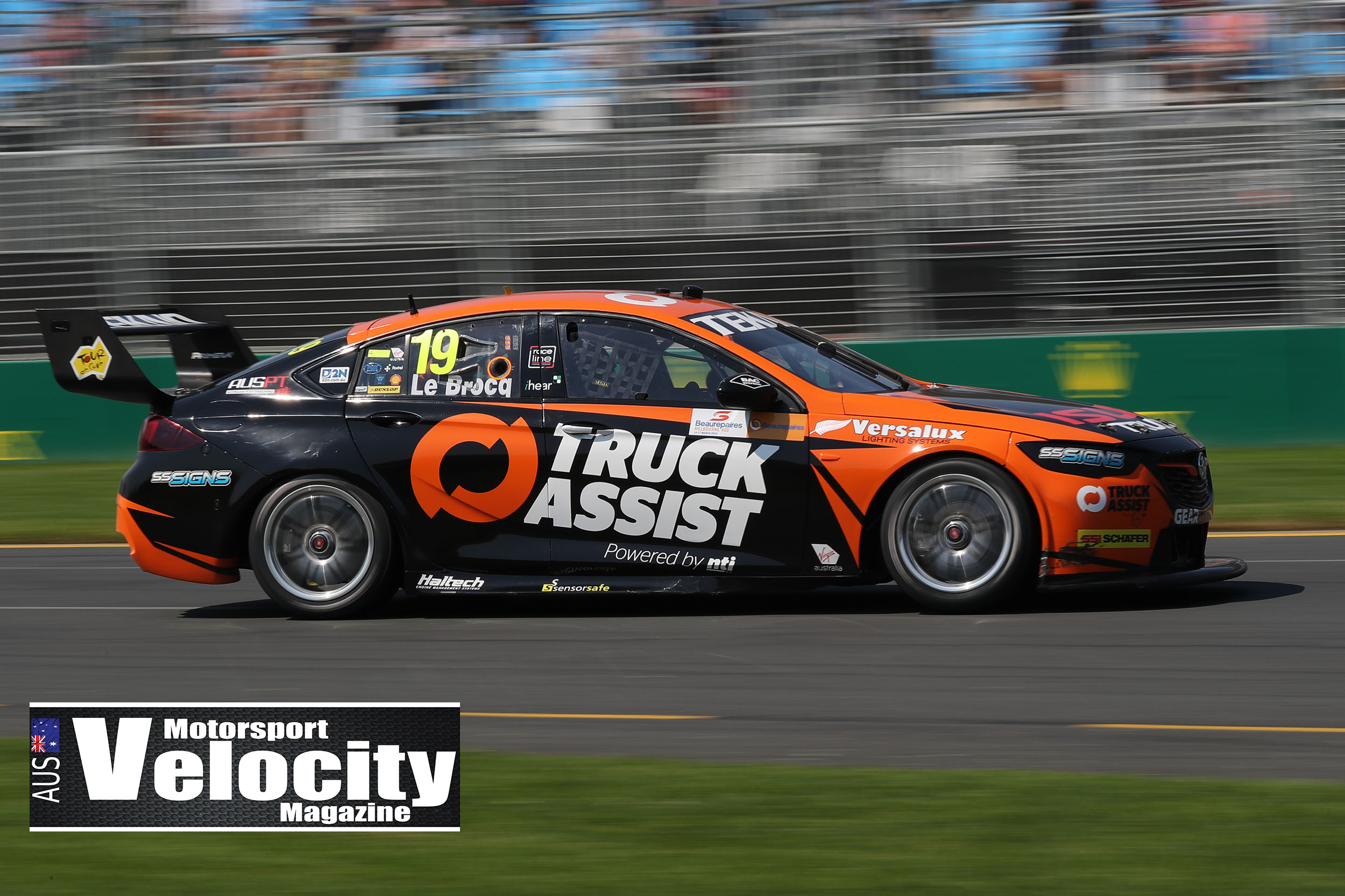 Truck Assist TEKNO Racing driver Jack Le Brocq overall had a weekend of improvement at the at the Australian Grand Prix, as the Virgin Australia Supercars Championship paid points for the second time at annual race around the Albert Park Lake.

After a tough run in qualifying, Le Brocq and the Team TEKNO crew chipped away at the car’s setup throughout the event, with results of 20th, 20th, 15th and 23rd from the four races.

“It was a solid weekend for us, with some nice positives to take away from it,” said Le Brocq.

“For instance, in Friday’s race we had great race pace over a single lap, but we couldn’t make it last.

“On Saturday evening we really started to make some progress, and even after the late safety car, we were able to hold our own.

SEE VELOCITY’S PHOTO GALLERY FROM THE AGP SUPERCAR ROUND HERE

“Next we’re off to Symmons Plains, it was a happy hunting ground for us last year, so obviously we are looking to keep that form rolling this time around.”

The weekend commenced with a pair of 30-minute-long practice sessions, where Le Brocq placed 24th in both.

Qualifying featured a unique format, with four 10-minute-long runs to determine the grid for the four races, with Le Brocq placing 23rd, 23rd, 22nd and 21st from the respective sessions.

The Team TEKNO crew called Le Brocq in for his compulsory service on lap 13, and after passing Garry Jacobson late in the race, was classified in 20th at the chequered flag.

Saturday’s first race was a 13-lap sprint with no pitstops, which saw Le Brocq come through the pack to be placed 20th at the chequered flag.

For the longer Saturday evening race, Le Brocq made a solid start to be running 17th after the opening circuit, and rose as high as eighth before pitting on lap 19 of 25.

Electing to stay on the circuit during a late race safety car saw Le Brocq hold station until the chequered flag in 15th position.

Sunday’s race unravelled at the start with a trip through the turn one gravel trap, while later contact with Richie Stanaway resulted in a flat tyre and a trip to the pits.

Following six races of the 2019 Supercars Championship, Le Brocq is placed 21st in the standings, with the series returning to Tasmania’s Symmons Plains Raceway for the next championship round on April 5-7.