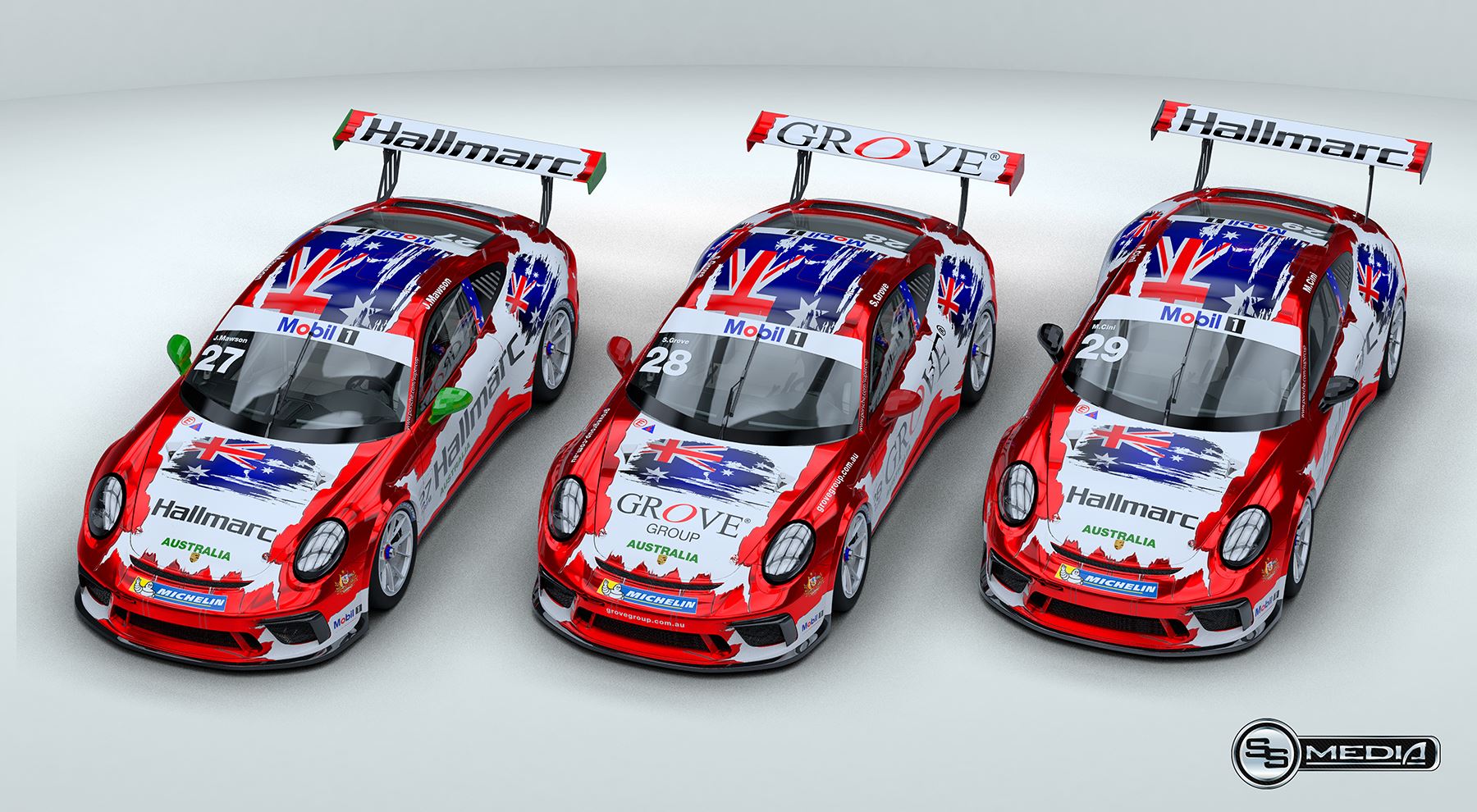 THE ALL-AUSSIE team that will contest the 2019 Porsche Mobil 1 Supercup season has launched the colours they will carry throughout their ambitious attack this year.

Mawson made his Porsche debut in round two of Porsche PAYCE Carrera Cup Australia in Melbourne, impressing early before dramas in race one unfortunately cut his weekend short.

All three are currently in Barcelona for the stand-alone Supercup test at the Catalunya circuit, the scene of round one next month.

On day one of testing, Mawson was an impressive sixth outright despite his relative lack of experience, while Cini and Grove placed 4th and 5th in Pro-Am, respectively.

Reigning Porsche PAYCE Carrera Cup Australia Champion Jaxon Evans made his Supercup debut with FACH Autotech and placed 13th on day one of testing, only 1.3 seconds behind the fastest time.

The teams return to the Barcelona circuit this evening (Australian time) for a second full day of running prior to the opening round, at the same circuit, on May 10-12