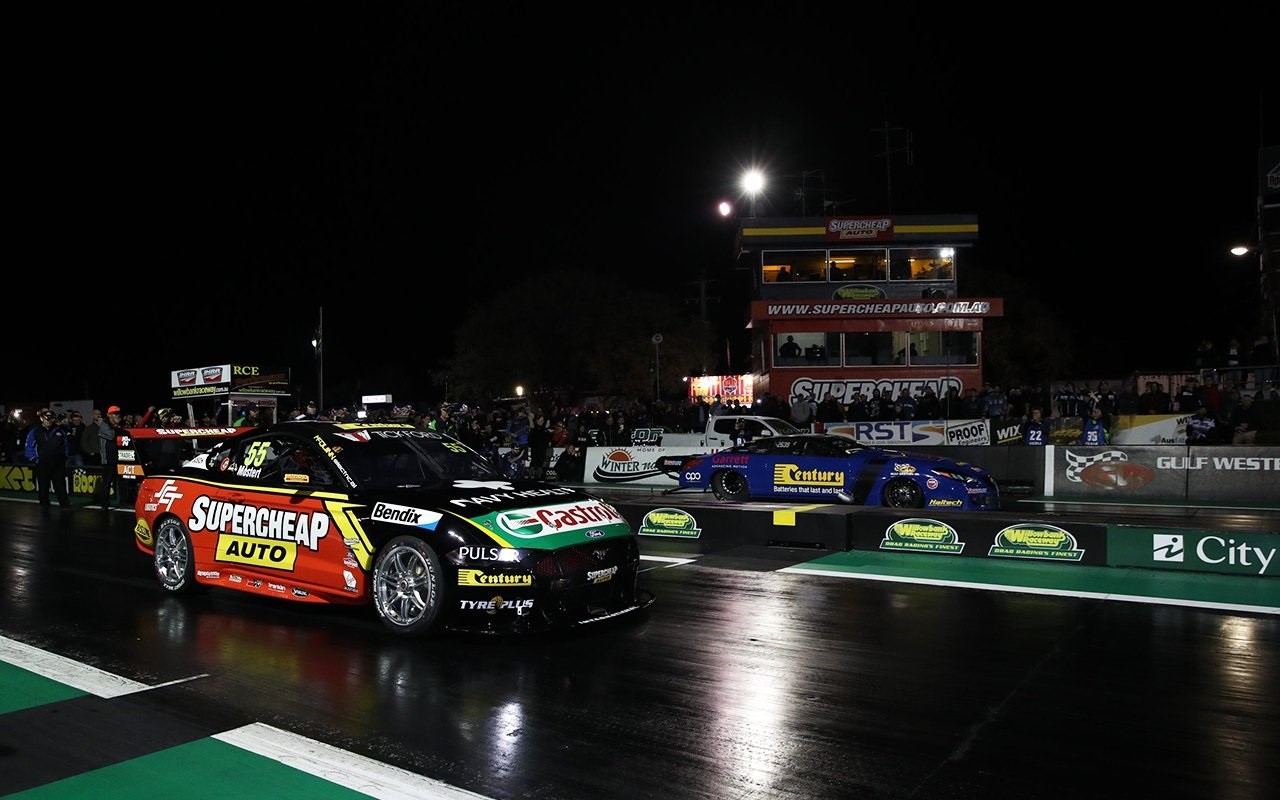 Bathurst 1000 winner Chaz Mostert had a thrill to remember this weekend, lining up on the starting grid in his Ford Mustang Supercar before two exhibition races against a hugely powerful 4.0 litre turbo charged drag car at Willowbank, the home of the upcoming Century Batteries Ipswich SuperSprint.

A coup for the City of Ipswich, this is the first time in 10 years a local company will have naming rights.

The first of the exhibition races took place on Friday evening in front of thousands of local fans with the two starting side by side while on Saturday Mostert was given a handicap against the straight line beast, for the record Bray won both races while Mostert hit speeds in access of 215km/h on the drag strip.

The Winternationals is the largest championship drag racing event held outside of North America.

With a crowd of around 30-thousand expected to attend this year’s four-day event, the exhibition races between Mostert and fan-favourite drag racer Ben Bray will be a popular drawcard.

Mostert is a three-time Virgin Australia Supercars Championship race-winner at Ipswich and the Beaudesert-product is popular among motorsport fans from around the country.

“The Century Batteries Ipswich SuperSprint and the Winternationals brings thousands of fans from around Australia to this region,” Andrew said.

“Chaz is one of Australia’s best Supercar drivers and Ben has a long history of success in drag racing, so this will be a great attraction for fans of all kinds.

Century Batteries is Australia’s oldest and only remaining car battery manufacturer employing over 600 staff and operates a manufacturing facility at Carole Park near Ipswich.

The iconic blue and yellow Australian-made battery manufacturer signed on earlier this year as the Official Battery of Virgin Australia Supercars Championship and the naming rights partner of the Ipswich SuperSprint.

The three-year sponsorship builds on Century’s support of motorsport across the globe, with its sponsorship covering different teams across Australian and international categories including drag racing, touring car masters and the successful Honda MotoGP outfit.

The Century Batteries Ipswich SuperSprint will run at Queensland Raceway from 26-28 July.