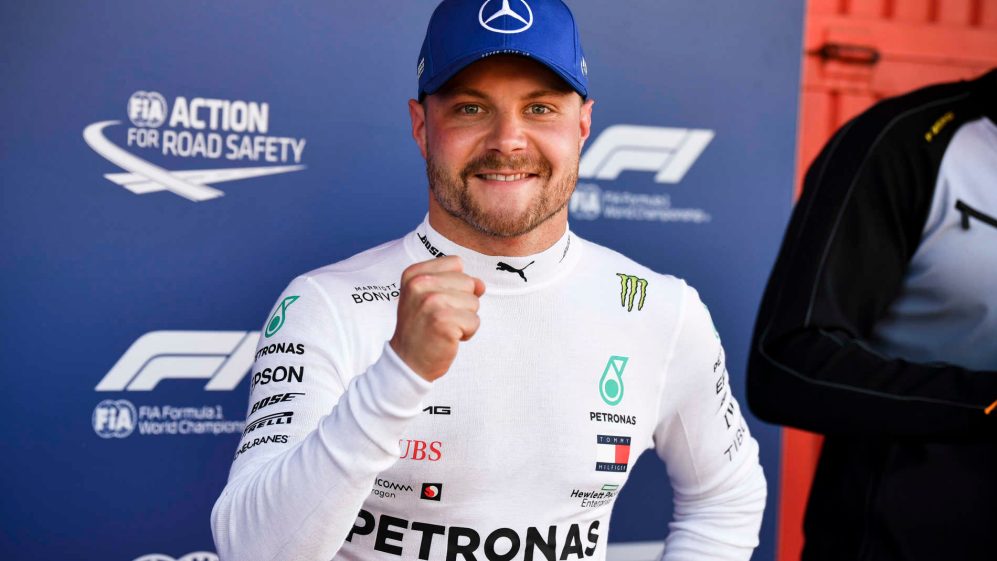 Valtteri Bottas will start a Grand Prix from pole position for the third time in a row on Sunday after a stunning performance in Barcelona qualifying saw him beat Mercedes team mate Lewis Hamilton by over half a second, with Sebastian Vettel third for Ferrari.

Red Bull’s Max Verstappen took fourth to split the scarlet cars, beating Charles Leclerc, who was carrying suspected floor damage on his SF90 after heavy contact with the kerbs in Q2. Verstappen’s team mate Pierre Gasly was sixth, ahead of the Haas duo of Romain Grosjean and Kevin Magnussen, and the Toro Rosso of Daniil Kvyat.

It was another mixed session for Renault. Aussie Daniel Ricciardo – carrying a three-place grid penalty for his collision with Daniil Kvyat in Baku – rounded out the top 10 and will start from 13th on the grid, but team mate Nico Hulkenberg made a shock Q1 exit after limping back to the pits with a damaged car following an early off at Turn 4. His crew made swift repairs and got him back out, but it was too little too late for the German as he was edged out of Q1 by team-mate Ricciardo.

The race gets underway at 11.10PM EST on Fox and Kayo.