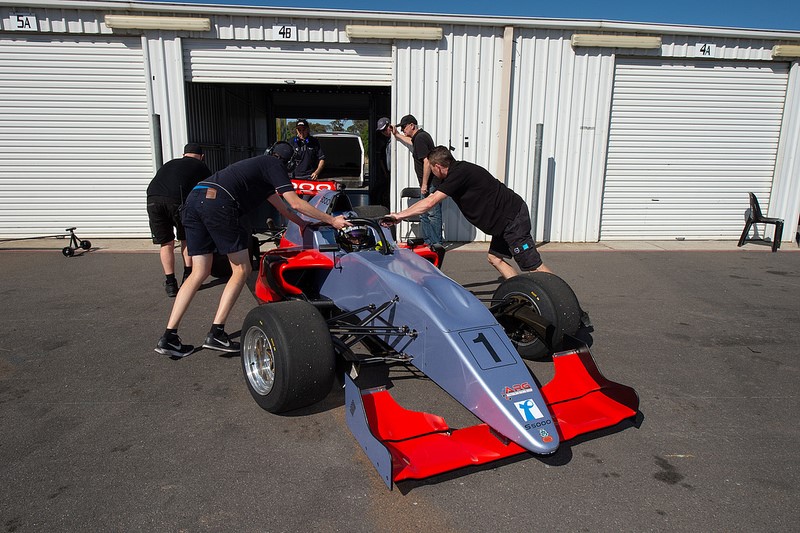 The Australian Racing Group and Garry Rogers Motorsport have elected to kick off the first full race for the all new Australian S5000 Championship in September this year.

GRM, appointed by ARG to provide total technical support to the S5000 category, says that a delay in supply of critical materials to US-based chassis providers Onroak-Ligier has caused slight, yet crucial time hindrances that cannot be overcome.

The car will still be on track in May at Sydney Motorsport Park, but the first competitive race outing will now be pushed to Sandown on September 20-22, as part of the Shannons Nationals event.

In the lead-up to the Sandown round, the S5000 cars will continue to make appearances at selected Shannons Nationals events, completing demonstration drives to keep the fans and followers of the exciting new class entertained between races.

The decision to change the start date has been endorsed and supported by all parties.

A new, revised calendar will be issued in the coming months ahead of an exciting, full season schedule for 2020.

Five of the FIA-approved S5000 chassis are at GRM’s workshop in Melbourne, with the next batch now expected late in April.

The original car that made a spectacular debut late last year is also scheduled for additional durability testing shortly, that will further ensure all vital components are set and ready for full competition conditions.

“While it is disappointing that we won’t make the intended first event, we want to ensure that this class is rolled out in the most professional, most competitive manner,” said Barry Rogers.

“Having picked up this project in December, we always knew it would be tight to get 14 cars race ready for May, however, we stuck to that plan and pushed towards that as long as we could.

“Even when Onroak were handed the delay of materials, we were still optimistic, however, we decided that the best way forward was to hold back the first event so we can thoroughly ensure that the cars are properly tested and parts are lifed appropriately.

“We are all very excited to see these cars hit the track, so we’ll all just have to wait a couple more months before we see the start of the new era of high-powered open-wheel racing in Australia.

“It will actually be quite fitting to see the first event at Sandown too. That circuit has an unbelievable history with the old Formula 5000 cars, so to see the first competitive event held there is going to be something really special.”

“Launching S5000 is just that more complex than most other categories because you can’t just go out and buy the cars. In our case, they’re being manufactured here, which comes with its own unique set of additional challenges,” said Chris Lambden.

“I agree entirely with our decision to hold back until we’re 100 percent sure we will deliver. There’s no point in going off half-cocked. With the first mini-batch of four cars undergoing assembly at GRM, there’s absolutely no doubt S5000 is under way and, having been in at GRM this week, it’s exciting to see the ‘production line’ in place and happening – they’re doing a great job. The remaining nine chassis will be on their way soon, which will complete the 14 cars for Sandown.

“Sandown was the scene of some of the most exciting moments when Australia last had a seriously crowd-pleasing single-seater category, the Formula 5000s of the 1970s, and so in many ways it’s appropriate that S5000 kicks off there.”