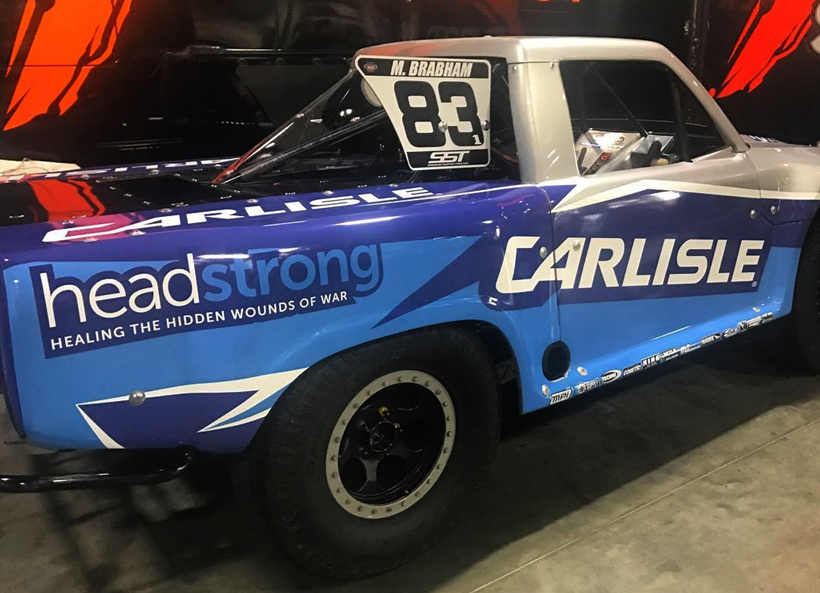 Matt Brabham will kick off his Stadium SUPER Trucks title defence when the 2019 series gets under way at the Circuit of the Americas in Austin, Texas this weekend.

Brabham’s championship in the series was a hard fought result, that finally came to fruition in Mexico City in January this year.

However, the championship resets this weekend in Austin and Brabham is keenly aware that he has a target on his back this year.

The 25-year-old had been the standout performer for the 2018-2019 series, leading the points from the second round in Adelaide all the way to Mexico. It was a maiden championship for the third-generation racer in the series, taking the next step after finishing runner-up in 2017.

That’s six out of the 10 venues where the series showcased their high-flying antics. Brabham celebrated his championship with a surprise party in his Indianapolis home with friends and family, before buckling down and focusing on the year ahead.

The beast Brabham will be steering this year in the championship has debuted a new look,  with a departure from his signature orange that has featured on his truck for the last few years.The cool blue and silvers are striking on the #83 challenger, with Carlisle coming on board.

Already in 2019, Brabham has had an outing in the National Auto Sport Association’s (NASA) Western Endurance Championship.

The 2013 Pro-Mazda champion paired up with Valkyrie Autosport and UFD Racing at Willow Springs International Raceway.

Brabham and fellow Stadium SUPER Trucks driver, Bill Hynes were lightening quick in the team’s Nissan GTR and scored a podium (3rd) in the three-hour race. This weekend for Brabham will see him drive the IndyCar two-seater, duties that he also fulfilled in the IndyCar series opening round in St Pete.

The Circuit of the Americas is not a new challenge for Brabham, having won the Sunday race of the Pro-Mazda series in 2013 at the track, and scoring a podium on the Saturday.

Stadium SUPER Trucks have a provisional calendar released with three events over the next month. The series stays in Texas, to join the NASCAR Cup Series at Texas Motor Speedway for the O’Reilly Auto Parts 500 (March 29-31).

They then journey to fan-favourite event, the Long Beach Grand Prix – where Brabham has won for the last two years.

WHAT MATT HAS TO SAY…

“It’s awesome to have Carlisle on board for the year. The truck has a refreshed livery and the Carlisle colours look great. I’m excited to bring Carlisle along for the ride this year,” said Brabham.

“Winning the championship last year was incredible, but it just means that coming into this season I’ve got a target on my back. I’ll be the guy to beat at every round this year.

“This year I’m aiming for the same thing, I just want to win as many races and rounds as possible and go for two in a row.

“Of course it was awesome to have DeVilbiss, Coolaroo, Preston Hire and GALE Pacific with us to win the championship last year. It was great to be able to have those guys with me and I can’t thank them enough.

“I’ve been to COTA a few times and know it quite well, we won’t be on the full track but it’s still a really exciting circuit. I’ve won here in Pro-Mazda and done some driver training, it’s a place I like.”