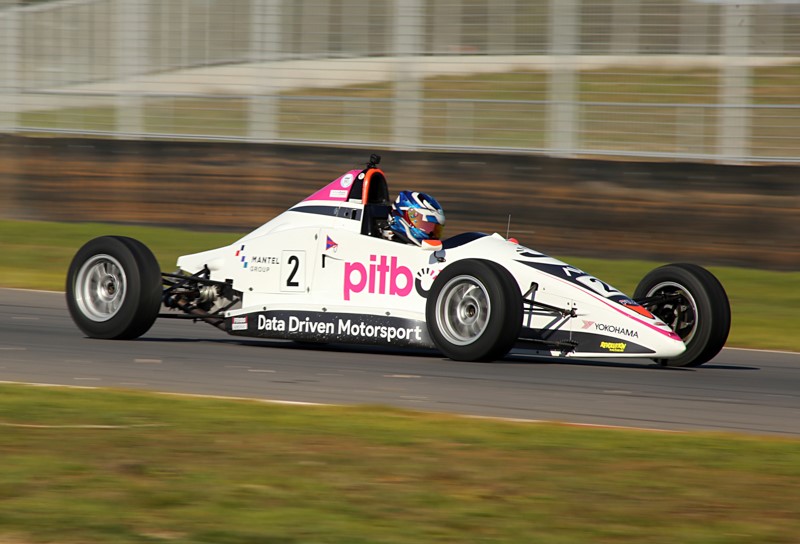 Sonic Motor Racing Services’ Angelo Mouzouris continues to lead the Australian Formula Ford Championship after an action-packed Round 5 of the season at The Bend Motorsport Park.

The weekend started off well for Team Sonic, with Mouzouris collecting his first pole position in the national championship, with Callum Hedge third, Jay Hanson seventh and Courtney Prince ninth.

Mouzouris dropped back to third in a scrappy Race 1 marred by an early safety car period, as Hedge finished second in a close battle between the top five in the field.

The front pack couldn’t be separated again in Race 2, as Hedge swapped spots with Mouzouris and Tom Sargent throughout the eight-lap battle. A last-lap, last corner move on Sargent didn’t pay off for Hedge, and the New Zealander dropped back to third as Mouzouris drove through to take the win.

Mouzouris and Hedge dropped back in another hard-fought final race to fourth and sixth, but enough to solidify their championship position heading into the business end of the season.

Jay Hanson continued his impressive rookie season with results of sixth, fourth and fifth in the three races respectively at his first race meeting at Australia’s newest permanent race circuit.

Courtney Prince battled her way through the highly-competitive pack races commonly seen in Formula Ford, and finished with a consistent run of top ten placings. Prince moved up two spots to seventh in Race 1, dropped to ninth in Race 2 but clawed her way back to seventh to finish the weekend off strongly.

As the Australian Formula Ford Championship passes the halfway mark of the season, Mouzouris continues to hold a 14 point at the top of the standings, with Hedge third, Hanson seventh and Prince eighth.

Round 5 of the Australian Formula Ford Championship heads to Melbourne’s Sandown Raceway on July 19-21.

“We had pace on Friday and practiced in the top three in all sessions,” said Mouzouris.

“I managed to grab my first pole position in the national championship by four tenths, which was helped by a good tow.

“Most of Race 1 was under safety car but I was happy to get third in a tough fight, and I was sitting third in Race 2 before the leaders clashed at the final corner and I avoided them to take the win.

“The car lacked pace in the final race so we conserved to come home fourth and bagged a nice haul of points to help with the championship.

“The plan at this stage is to continue taking it race by race and collect as many points as I can.”

“I struggled for speed during practice on Friday, and I didn’t quite have the pace in Qualifying but I was happy to start Race 1 from third and work our way up to second,” said Hedge.

“I escaped a clash going for the lead on the final lap in Race 2 which wasn’t ideal as I dropped back to third, but struggled for pace in the final race and fell back again.

“It’s been an up and down season so far, but Team Sonic and I are working very hard to improve our consistency as we head into an important part of the season.”

“It was my first time racing at The Bend, I qualified seventh but missed out on a draft down the long straight which cost us as there were only two to three tenths of a second between second and seventh,” said Hanson.

“In Race 1 I moved forward to sixth and then up to fourth in Race 2.

“I enjoyed the battles in Race 3, but dropped back to sixth before passing my team mate Callum Hedge for fifth on the last lap.

“It’s been a really great year so far with the guys and girls at Sonic Motor Racing Services, and i’m looking forward to the rest of the year to come.”

“We were reasonably quick during practice on Friday, but I couldn’t maximise my Qualifying session and lost out on a crucial tow down the long straight of The Bend,” said Prince.

“It put me in a difficult spot in the middle of the pack for the rest of the weekend and it was difficult to escape that battle when the tow effect is so strong here.

“The last race was better, I was able to get away from the pack, but I couldn’t catch up to the lead group as the race went on.

“The team and I have been working very hard on my mindset throughout a race weekend, and that’s something i’ll be focusing on to maintain my consistency in the second half of the season.” 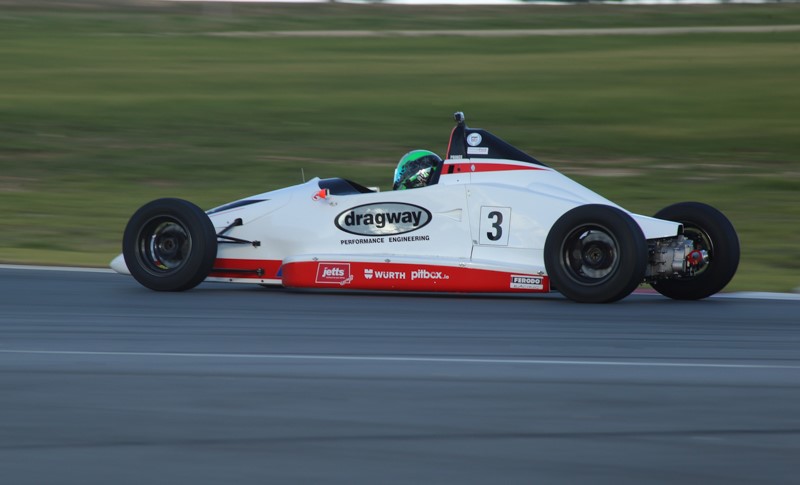 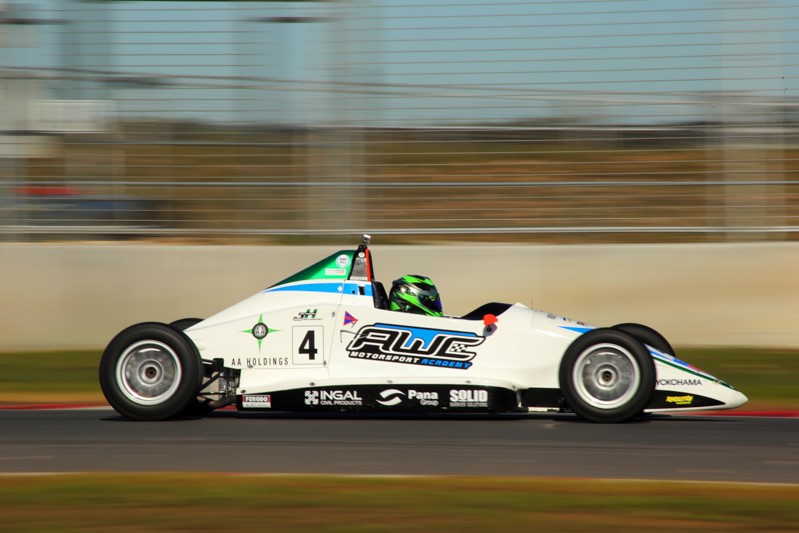 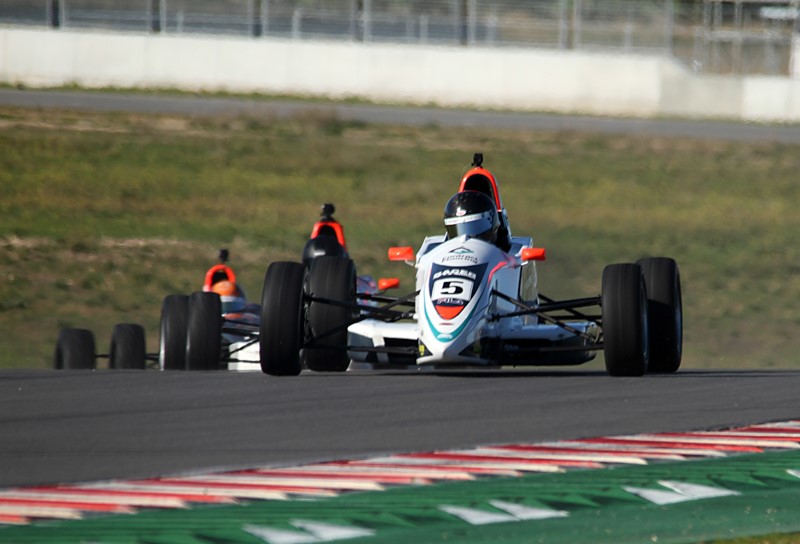