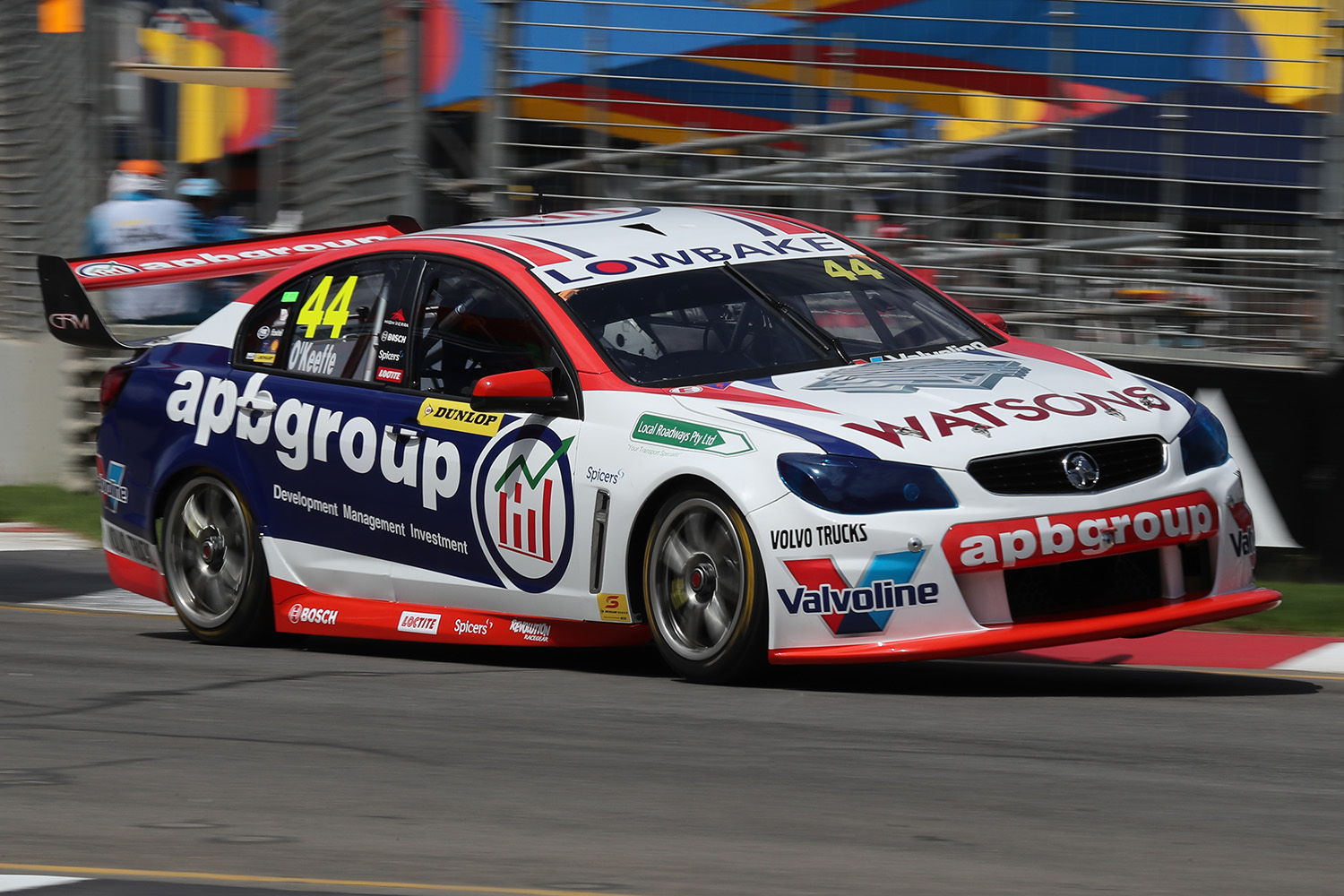 Dylan O’Keeffe says the recent resurfacing at Barbagallo Raceway will even up the playing field for this weekend’s second round of the Dunlop Super2 Series.

The previous surface at the West Australian venue was highly abrasive, and caused extreme tyre degradation. However, the new tarmac is much smoother, something the Garry Rogers Motorsport series rookie believes will work to his advantage.

“Out of all the tracks on the calendar, Barbagallo was always the one where tyre management was the most difficult,” O’Keeffe said.

“In qualifying, we saw that drivers could only do one flying lap at a time; after that, the tyres were past their best.

“In the races, the drivers who could best look after their tyres certainly had an advantage towards the end.

“With the new surface, tyre conservation will be far less critical and everyone will be learning from scratch, so it won’t necessarily work to the advantage of the drivers who have been there before – for someone like me, who’s racing there for the first time, it levels the playing field.”

O’Keeffe is eighth in the Super2 standings after a strong debut round at the Adelaide 500, where he finished as the highest-placed rookie. During the break between rounds, the 21-year-old has immersed himself in motorsport-related activities, including driver coaching with Carrera Cup semi-pro driver, Dean Cook.

“While the driver coach role is about me being the teacher, I learn from it as well,” O’Keeffe said.

“It makes me think about what I’m doing in a race car, and break it down into simple concepts that I can explain to someone else.”

This week, O’Keeffe visited the Norwell Motorplex facility in Queensland for some driver training with 2014 Bathurst 1000 winner, Paul Morris.

“Paul has a passion for educating up-and-coming drivers, and with all his knowledge and experience I knew it would be beneficial to spend some time with him,” O’Keeffe said.

“He’s given me some fresh perspectives on how to approach my driving and race-craft, and he’s definitely put me in the zone for Perth.”

This weekend’s SuperNight format sees the Super2 action commencing with practice on Thursday.