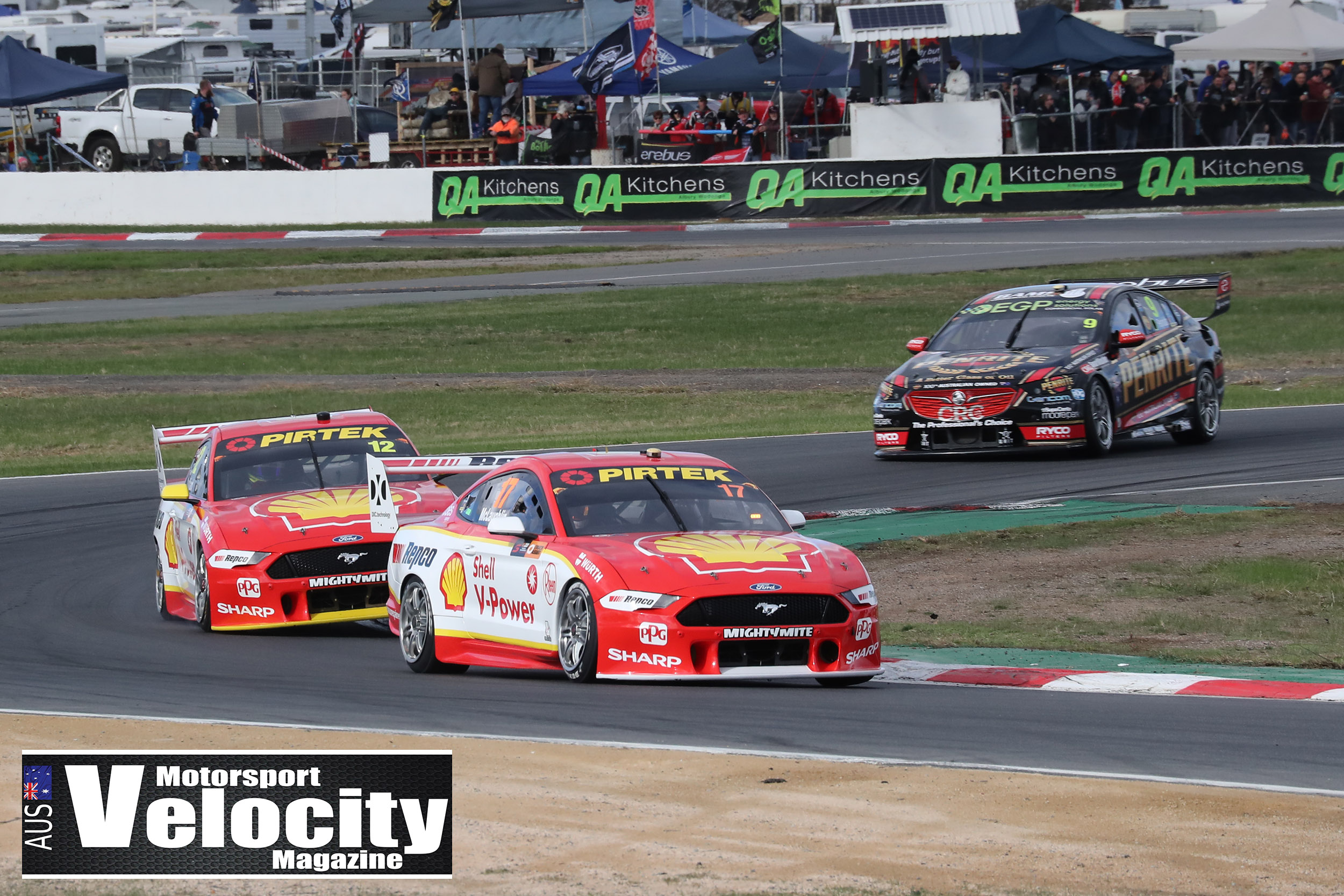 RECAP:  Sunday in Winton was the perfect day for the Shell V-Power Racing Team, starting with a front row lockout in qualifying.

Race 14 saw both cars start strongly off the front row, with McLaughlin sliding into the lead and Coulthard cleanly into second.

They were soon more than a second clear of third place, with both cars lapping in the low 1m20s bracket across the opening laps. McLaughlin set a 1m20.0718 on lap five, which would prove to be the fastest lap of the race.

McLaughlin and Coulthard built themselves a tidy buffer across the opening stint, until their first pit stops. Slick stops and good strategy had them back at the front of the pack a few laps later, as the rest of the field completed their first stops.

Coulthard took his final stop on lap 36, and was then running a managed pace to maintain tyre life across the long 31-lap stint to the flag.

McLaughlin was the last car to enter pit lane for his second stop, having built an almost minute-long lead over the field. The team executed a very slick stop, and McLaughlin rejoined the race in the lead, seven-seconds ahead of Coulthard.

The only potential challenge to victory was a Safety Car with nine laps to go, to retrieve a stranded Will Davison who was broken down at Turn 5. Some teams elected to take fresh tyres, however both Shell Mustangs remained on track.

The restart came with six laps left to run, with Scott and Fabian able to maintain position and build a small gap back to third placed Whincup.

At the end of the race, McLaughlin took his tenth win of 2019, officially making it the most successful season of his career to date. Coulthard was second, making the result the team’s sixth 1-2 finish of the season.

McLaughlin now leads the Championship by 244 over Coulthard. Coulthard is 171 points clears of third-placed Shane van Gisbergen. Shell V-Power Racing Team has a lead of 649 over Triple Eight in the Teams’ standings. 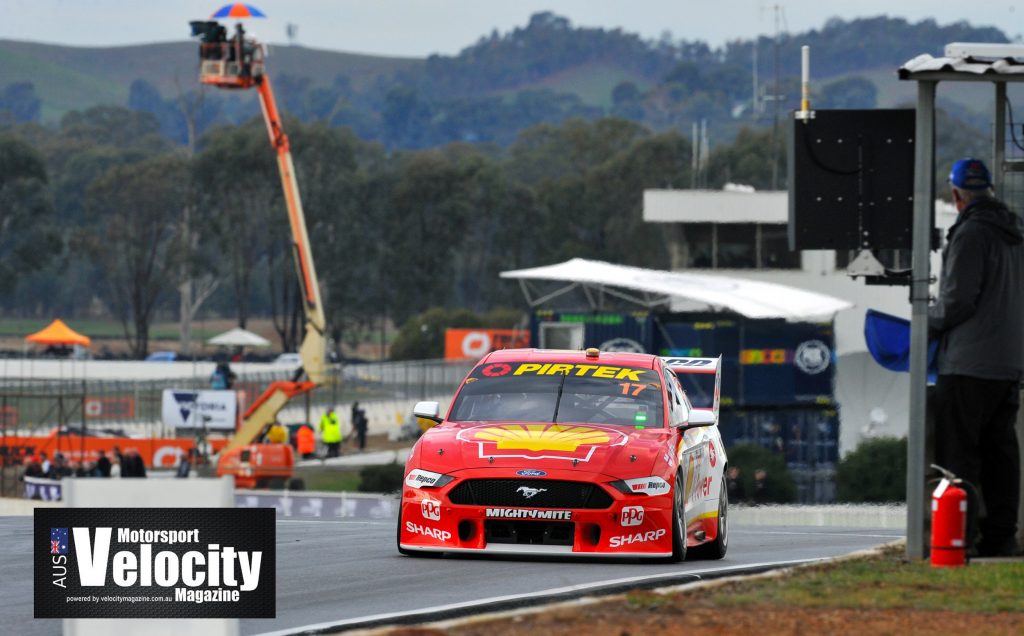 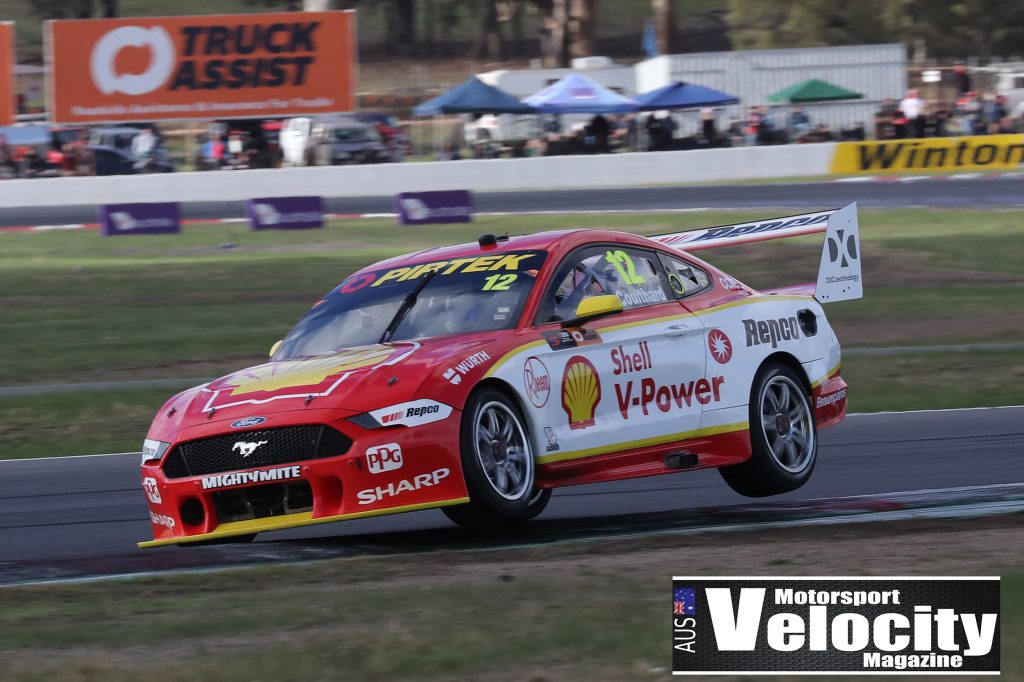 COULTHARD QUOTE: “Today was a good day. Obviously yesterday didn’t go to plan, but we don’t look to the past we look at the future. We’re just going into each race, and taking it as it comes. We focus on our execution, taking plenty of points in each race and hopefully come November we will be in contention for the championship. We have a very competitive team, and we go to every race wanting to win. That is completely the mentality in our team, and that’s why we’re succeeding. Everyone is pulling in the same direction.”

MCLAUGHLIN QUOTE: “I am really proud of everyone in the team for taking another one-two today. We’re executing so well, and both Fabian and I are really enjoying getting in the cars and having a go. We are so motivated to keep this momentum up, and taking things race by race. It’s awesome knowing that we can roll out competitively at every race. That was win number 10 for 2019, but hopefully it isn’t the last one.” 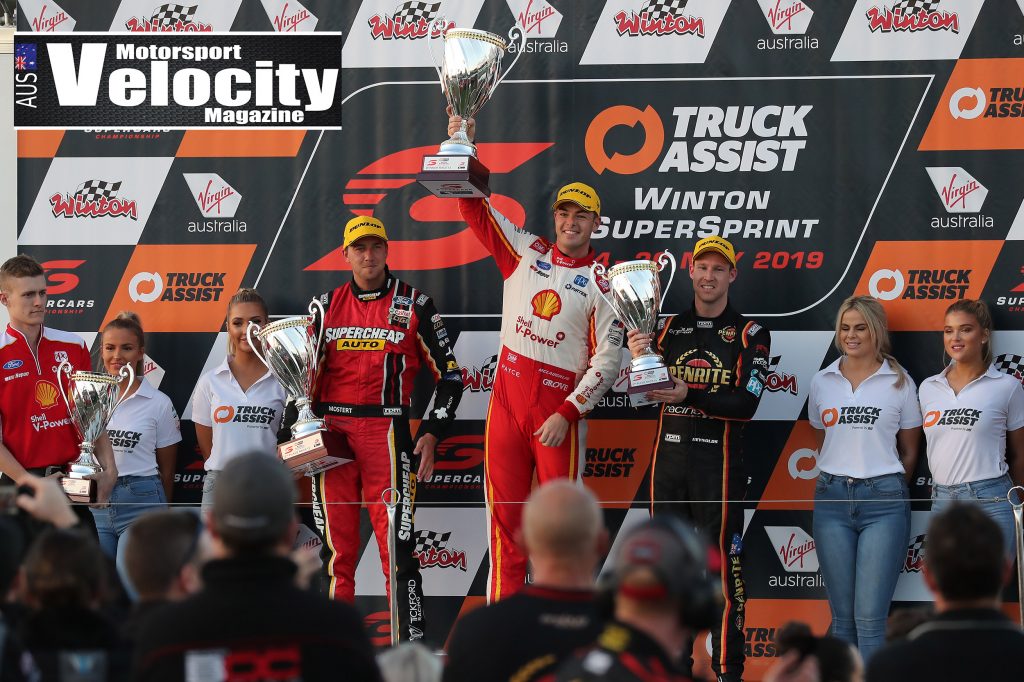