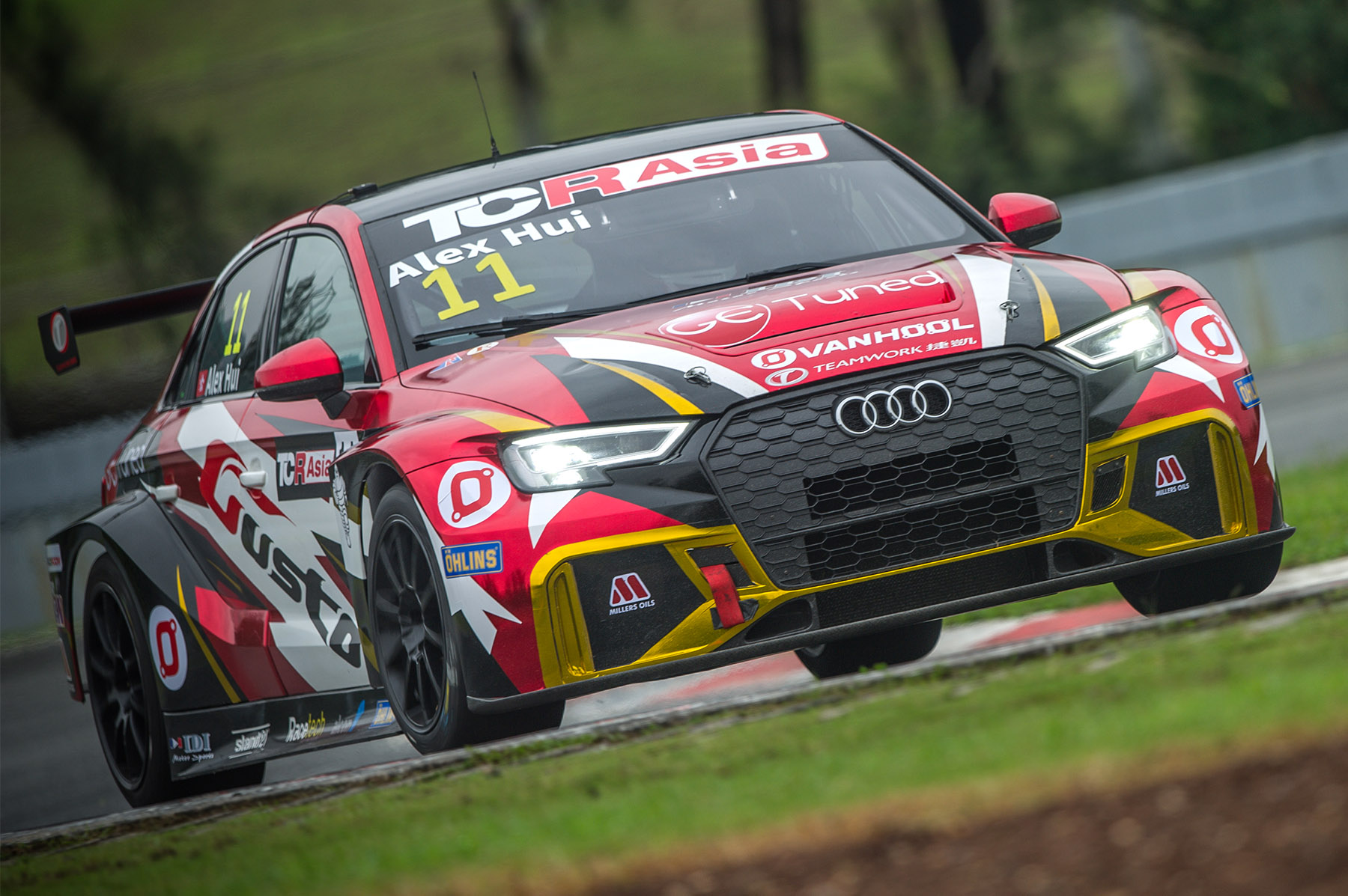 The 2019 TCR Asia Series returns to Shanghai International Circuit this weekend for rounds five and six of the popular touring car category, a venue where three-time champions Liqui Moly Team Engstler have been dominant across the last three seasons – so dominant, that no other team has been able to break their stranglehold on the Chinese Formula One Grand Prix venue.

To make matters worse for their rivals, the winner of each of the last three seasons has not only gone back-to-back to take the wins in both races across the race weekend, but they’ve also gone on to claim the championship title; Andy Yan in 2016, Kantadhee Kusiri in 2017, and an ominous sign perhaps for his rivals as he leads the 2019 title race into the mid-point of the season; Luca Engstler in 2018..

To make matters worse for his opponents, Engstler comes into Shanghai hot off back-to-back wins in Zhuhai earlier this month, and a podium finish last weekend in TCR Europe at Hockenheim – but despite his favouritism, he’s not likely to have things all his own way.

Engstler comes into the Shanghai weekend with a nine-point lead over Liqui Moly Team Engstler team-mate Diego Moran, the Ecuadorian having led the points into the Zhuhai round courtesy of his victory in round two in Malaysia as part of Volkswagen Team Oettinger, but alongside Engstler in the Hyundai i30 N TCR he has a steeper learning curve than his German rival, having contested just a single event so far in the Korean-built machine.

The season’s high profile Spanish recruit Pepe Oriola sits third in the championship points, although well down on Luca Engstler, however the Korean Solite Indigo Racing team have been working tirelessly between Sepang and Zhuhai to improve the performance of their i30 N TCR, giving the international star a chance to close down Engstler’s advantage.

Oriola showed that despite being well down on power at Sepang, he is prepared to fight, and with every chance the Solite Indigo team has the #74 Hyundai 100% ship-shape and ready to go for Shanghai, you could expect plenty of fireworks at the front of the field.

TeamWork Motorsports’ reigning TCR China champion Alex Hui has been taking the fight to the TCR Asia Series points leaders and this weekend he will have reinforcements, with his 2018 TCR China championship winning team-mate Sunny Wong back in the saddle in the second of the team’s Audi RS3 LMS TCRs.

Wong has been competing in TCR UK this season (he lies second in points after the opening round at Oulton Park), and has just returned from an endurance event at the Nurburgring in an Audi R8 LMS GT4, he has also contested multiple rounds of ChinaGT in another GT4, so he is well and truly race ready for the weekend ahead. He is also one of few drivers to have taken the fight to the Liqui Moly Team Engstler stars at Shanghai in past seasons, and he will be keen to impress upon his rivals that he is capable of battling at the front of the field.

Of their rivals, there is no shortage of contenders capable of mixing it at the front if any of the favourites falter.

Amongst those are Eurasia Motorsport’s Daniel Miranda who has so far been a regular visitor to the podium, whilst team-mate Hua Yang [Zack] Gao is improving with every outing, the popular Chinese driver showing great form in Zhuhai in testing conditions.

Whilst the outright fight has proven particularly interesting – the race two clash between Engstler and Oriola a taste of what we expect will be more action as the season continues – the TCR Asia Cup battle has proven just as tantalizing, the tight points contest a sign of just how hard it has been for anyone to lay clear claim to the title.

TCR Germany regular Roland Hertner suffered a number of setbacks during the opening round in Malaysia allowing TCR Asia Series favourite Douglas Khoo to open an early lead, but setbacks for the Malaysian in Zhuhai has put Hertner back on top, but you could expect the iconic black and green Cupra to make good use of the team’s past Shanghai experiences to challenge for the top spot again this weekend.

Just as it was in Zhuhai, the TCR China series competitors will join their TCR Asia colleagues in Shanghai sporting a 21-car field, with Daniel Lloyd and Huang Chu Han having claimed the TCR China class victories last month. The grid will be further boosted by the late decision by T.A. Motorsport to enter a Volkswagen Golf and two Audi RS3 LMS cars following the single-car entry for Filipe Souza a month ago.

Souza – a former TCR Asia Series regular – was strong in Zhuhai, and if not for being wrong-footed by the changing weather conditions, could have been an outright podium finisher – he will be hoping to put his past Shanghai experience to good use as he strives to cement his TCR China favouritism.

Action begins at Shanghai with two official practice sessions late on Friday afternoon, before the twin qualifying sessions that will begin from 10:30am (CST) on Saturday, with the opening 30-minute race (Round#5) coming at 3:45pm. Round#6 of the 2019 season will come early on Sunday morning (9:45am). All sessions will be available to follow through live-timing, whilst qualifying and both races will be live streamed through Facebook and YouTube.

The TCR Asia Series will return to Shanghai for the fourth time in the five seasons of TCR Asia, the home of the Chinese Formula One Grand Prix seeing Liqui Moly Team Engstler dominate all three years, going all out in 2018 to record a 1-2-3 finish in both races.. The only chink in an otherwise perfect run at Shanghai being Tin Sritrai’s top qualifying effort in 2016 – since then, it has been all Liqui Moly Team Engstler..

To add insult to injury, in all three previous years at Shanghai, the winner of the opening race has gone on to take the win in race two, an ominous sign perhaps, and a rarity in TCR competition!