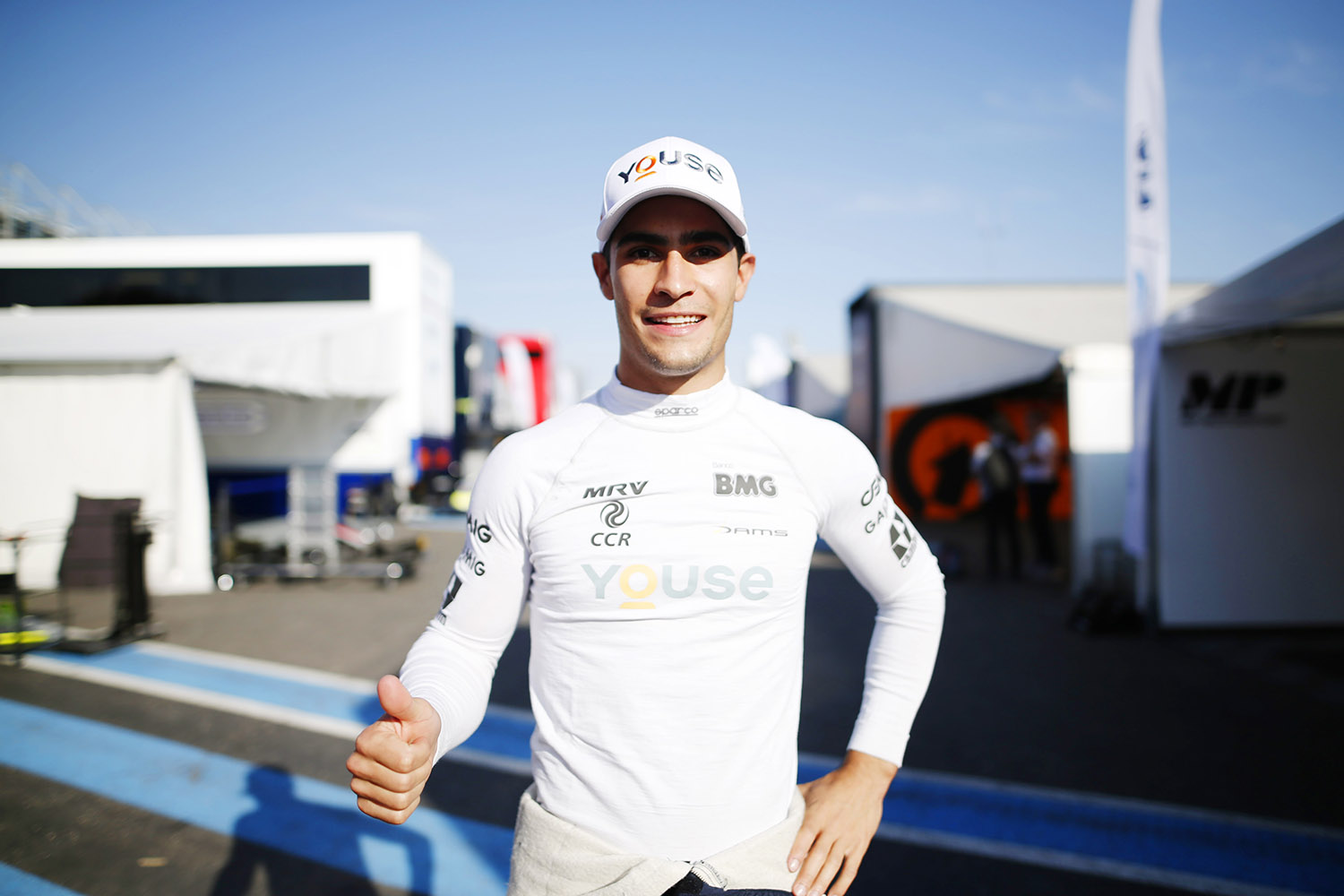 It was Sérgio Sette Câmara’s day in France as the Brazilian followed up P1 in Free Practice with his second FIA Formula 2 pole position. The Brazilian ran riot in a chaotic Qualifying session that included two red flags. He was followed by the continually impressive Guanyu Zhou and a resurgent Jack Aitken.

The session was almost immediately brought to a halt as Louis Delétraz and Giuliano Alesi came to blows on their out lap. The former was able to return to the pits where his Carlin team worked miracles to get him back out on track. The Trident racer wasn’t as lucky and his day ended in retirement.

When the session resumed, Nyck De Vries was first out onto the colourful Circuit Paul Ricard, but it was Callum Ilott who took the reins, lapping at 1:43.660 for first. He was swiftly usurped by the man of the day, as Sette Câmara resumed his place at the top of the pile.

Aitken had struggled out in Monaco, but early indications pointed to improvements here in France and he briefly leapfrogged Sette Câmara in the standings, who reacted with another fastest lap to knock him into second. Nicholas Latifi was looking to improve on eighth place in FP, but could only manage third in behind them.

The second red flag of the afternoon was brought out as mechanical gremlins forced Ralph Boschung to a halt on track and ended his day early. The session got back underway with five minutes to go and Championship hopefuls De Vries, Latifi and Luca Ghiotto all required a massive push with them dotted down the grid. Instead, it was UNI-Virtuosi rookie Zhou who pulled a scorcher out of the bag, lapping at 1:43.344 to score his best ever F2 qualifying result of P2.

It wasn’t quite as an enjoyable final lap for Sette Câmara who spun to a halt in his attempts to improve on his best laptime, but the Brazilian had already done enough, putting in the hard yards earlier on to secure a well-deserved pole position, lapping at 1:43.024. Aitken claimed third, ahead of De Vries, Ilott, Latifi, Nobuharu Matsushita, Mick Schumacher, Dorian Boccolacci and Sean Gelael.