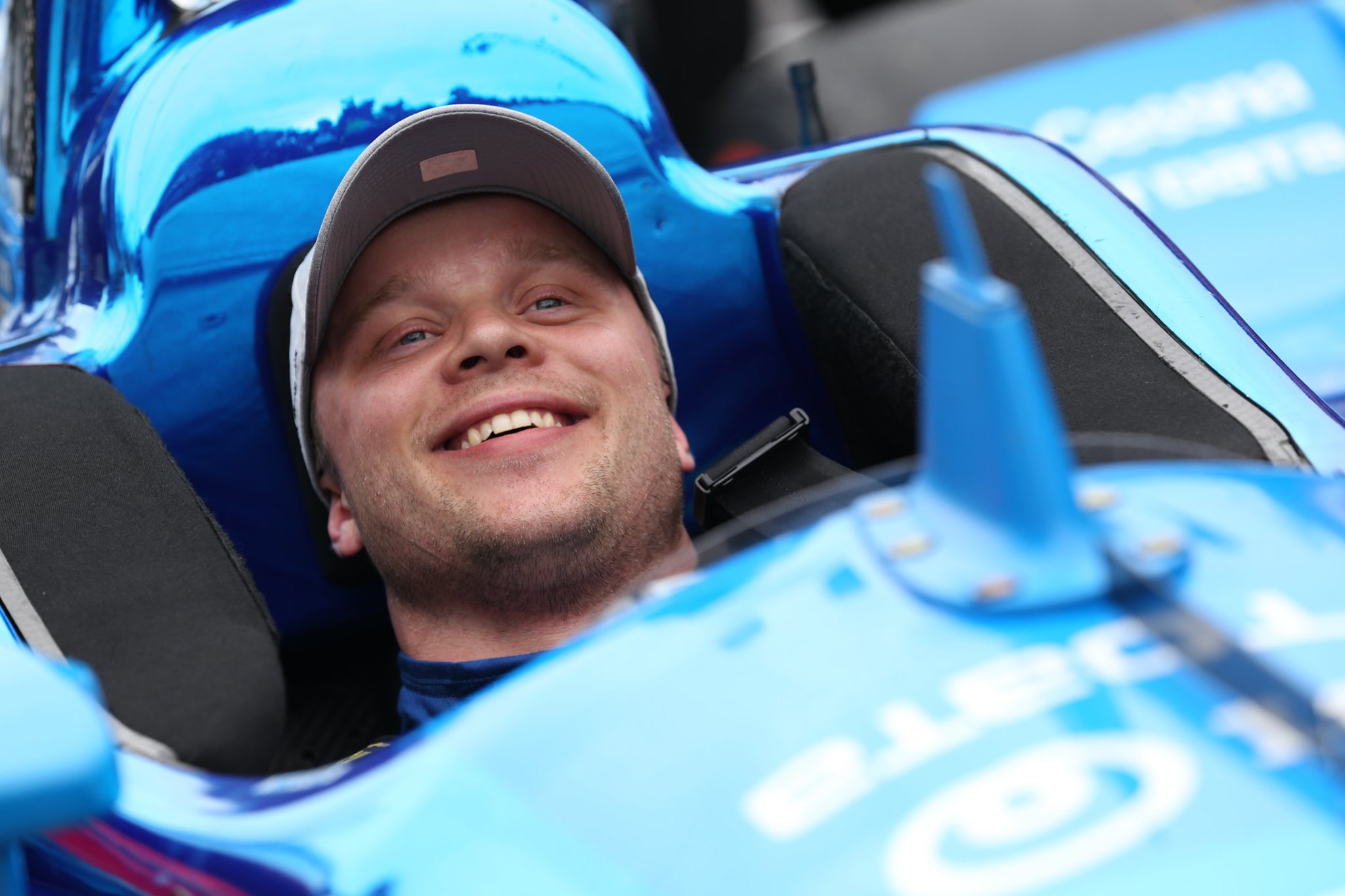 Team Penske has dominated this event over the years, winning the past four races from the pole. But Will Power, who captured the past two races on the Indianapolis Motor Speedway road course, was the lone Penske driver to reach this Firestone Fast Six. The reigning Indianapolis 500 winner will start the No. 12 Verizon 5G Chevrolet in sixth position on Saturday. Teammate Simon Pagenaud, the only other winner of the INDYCAR Grand Prix in the event’s history, starts eighth in the No. 22 Menards Chevrolet.

Rosenqvist wasn’t sure he would be the pole winner until Dixon completed his final lap.

“The first two laps I didn’t really feel like I had (tire) grip, and then the final lap there was something switching on, and I was like, ‘OK, this could be good,” Rosenqvist said. “But honestly, I didn’t think it was going to be (fast enough). It’s so tight. I looked up at the screen and we were P1. I just prayed it was going to hold ’til the end.”

Rosenqvist wasn’t the only driver celebrating. Jack Harvey, who earned the third starting position, participated in his first Firestone Fast Six in Meyer Shank Racing’s No. 60 AutoNation/SiriusXM Honda. Harvey has only 13 career starts in the NTT IndyCar Series, but has had success at IMS. He won the Freedom 100, the Indy Lights race on the superspeedway oval, and an Indy Lights race on the road course  in 2015.

Rookie Colton Herta, who drives the No. 88 GESS International Honda for Harding Steinbrenner Racing, had been the fastest driver in Friday’s second practice and actually posted the fastest lap in qualifying at 1:07.8887 (Round 2). The second-generation Indy car driver’s Firestone Fast Six performance was good for a fourth-place starting position, tying his best qualifying session of the season at Circuit of The Americas in Austin, Texas, which he went on to win. In 2018, Herta swept all three Indy Lights races at IMS – two on the road course, one on the oval.

Ed Jones, driver of the No. 20 Preferred Freezer Services Chevrolet of Ed Carpenter Scuderia Corsa, will start fifth in Saturday’s race, easily his best of the season (his previous best this year was 15th in St. Petersburg, Florida, in March).

Dixon has never won an INDYCAR Grand Prix, but he has had strong races. He finished second last year after starting 18th.

The first round of qualifying was interesting as three drivers – series points leader Josef Newgarden, three-time Indianapolis 500 winner Helio Castroneves and 2018 championship runner-up Alexander Rossi – failed to advance out of the first group. Team Penske drivers Newgarden, Castroneves and Power took turns bumping each other out of the transfer line in the closing seconds of the session.

Newgarden was surprised to be nearly six-tenths of a second off the session’s best lap, which means the driver of the No. 2 Fitzgerald USA Chevrolet will have work to do starting 13th on Saturday.

“That’s a big deal,” he said of the time discrepancy. “I’m not sure where that (improvement) is at.”

Changing weather conditions open up the possibility of a wet race. In that case, the action could be especially thrilling as teams manage the conditions and drivers put their skills to the test in the rain.

“If it rains, it rains, (and) it’s the same for everybody,” Pagenaud said

Robert Megennis won his first Indy Lights Presented by Cooper Tires race Friday, taking the victory at the Indy Lights Grand Prix of Indianapolis. The 19-year-old rookie started on the pole and led 28 of the 30 laps.

Megennis was so thrilled with his first Indy Lights win that he kissed the front of his No. 27 car after removing his helmet.

The second Indy Lights race of the weekend is Saturday at 1:15 p.m., with coverage on NBC Sports Gold’s INDYCAR Pass.

Pole winner Rasmus Lindh (Juncos Racing) led all 25 of laps of the Indy Pro 2000 Presented by Cooper Tires race. The win was the first in the series for the rookie Swedish driver, who drew within four points of series leader Parker Thompson (Abel Motorsports), the fifth-place finisher.

Braden Eves (Cape Motorsports) passed Hunter McElrea (Pabst Racing) on the 15th and final lap to win the Cooper Tires USF2000 Championship race. The Ohio product has now won all three races this season – the first two were in St. Petersburg, Florida in March – and will go for a fourth consecutive win Saturday in the cap to the doubleheader at 9:15 a.m.