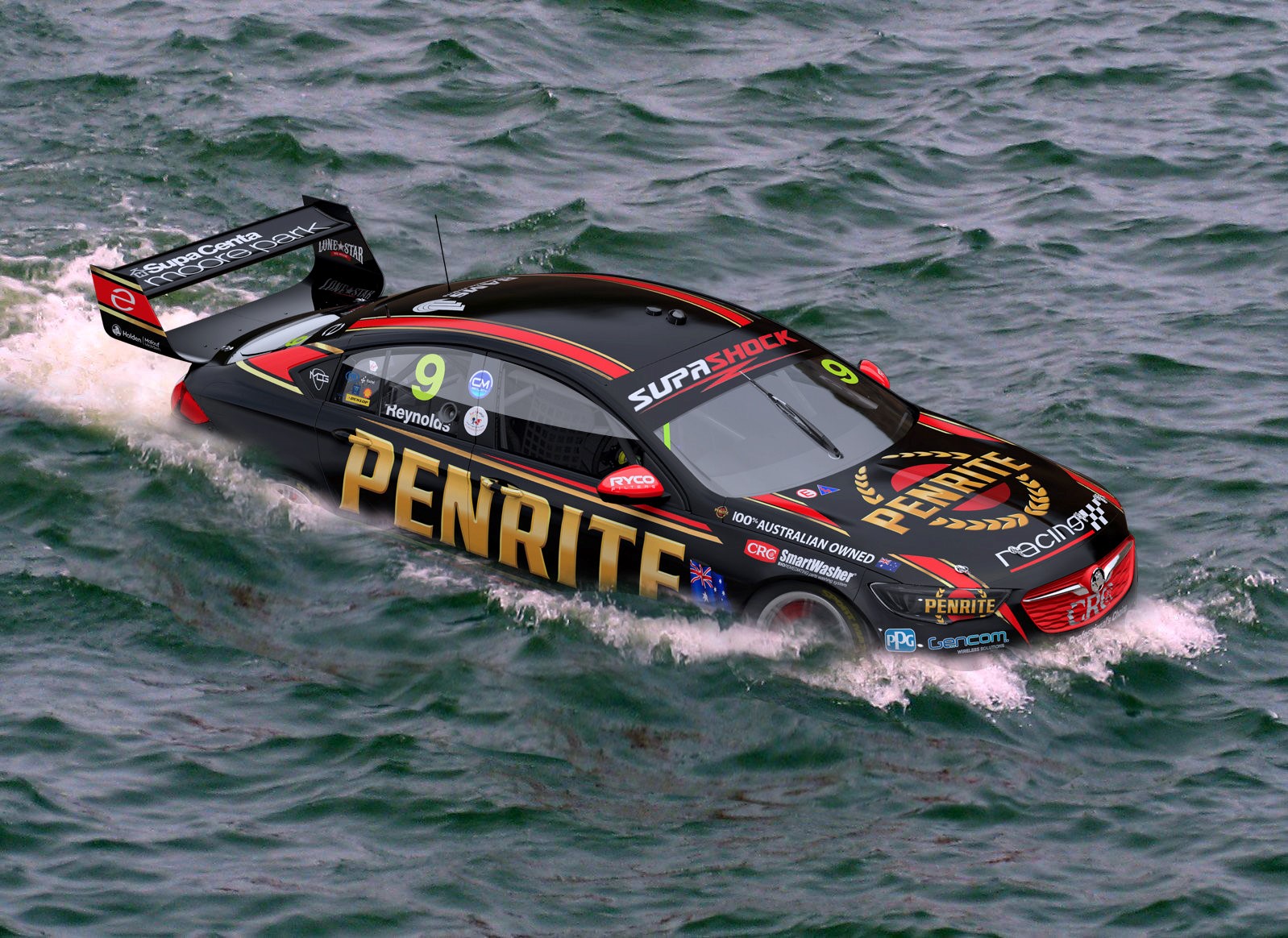 Penrite Racing’s David Reynolds has become the first person to drive a car across the Bass Strait.  The car was not ordinary though, Reynolds completing the 350-kilometre sea trip in his Holden Supercar on Sunday.

Reynolds always enjoyed boating, growing up on the Murray River.

“I’ve always liked being on the water, but to take it to this level and become the first person to ever complete the journey is special,” he said.

“Many people have attempted but they were never able to make it far; obviously things have advanced a long way since then.”

The most famous attempt was from Sydney’s Paul Greene in 1988, although bad directions caused him to hit a sandbar, reaching only 10-kilometres before he was forced to turn back.

“On the track, my car is a dream to drive and surprisingly, it was much the same in open water,” Reynolds said.

The team spent the last six months preparing for the solo crossing.

“We waterproofed the car and worked closely with Dunlop to produce a paddle-like tyre,” CEO Barry Ryan said.

“Although these cars are very light these days, we made it a little more seaworthy by installing buoyancy tanks and an extra-large fuel tank.”

The voyage took just under 6-hours, averaging a speed of 35 knots (65 kilometres per hour).