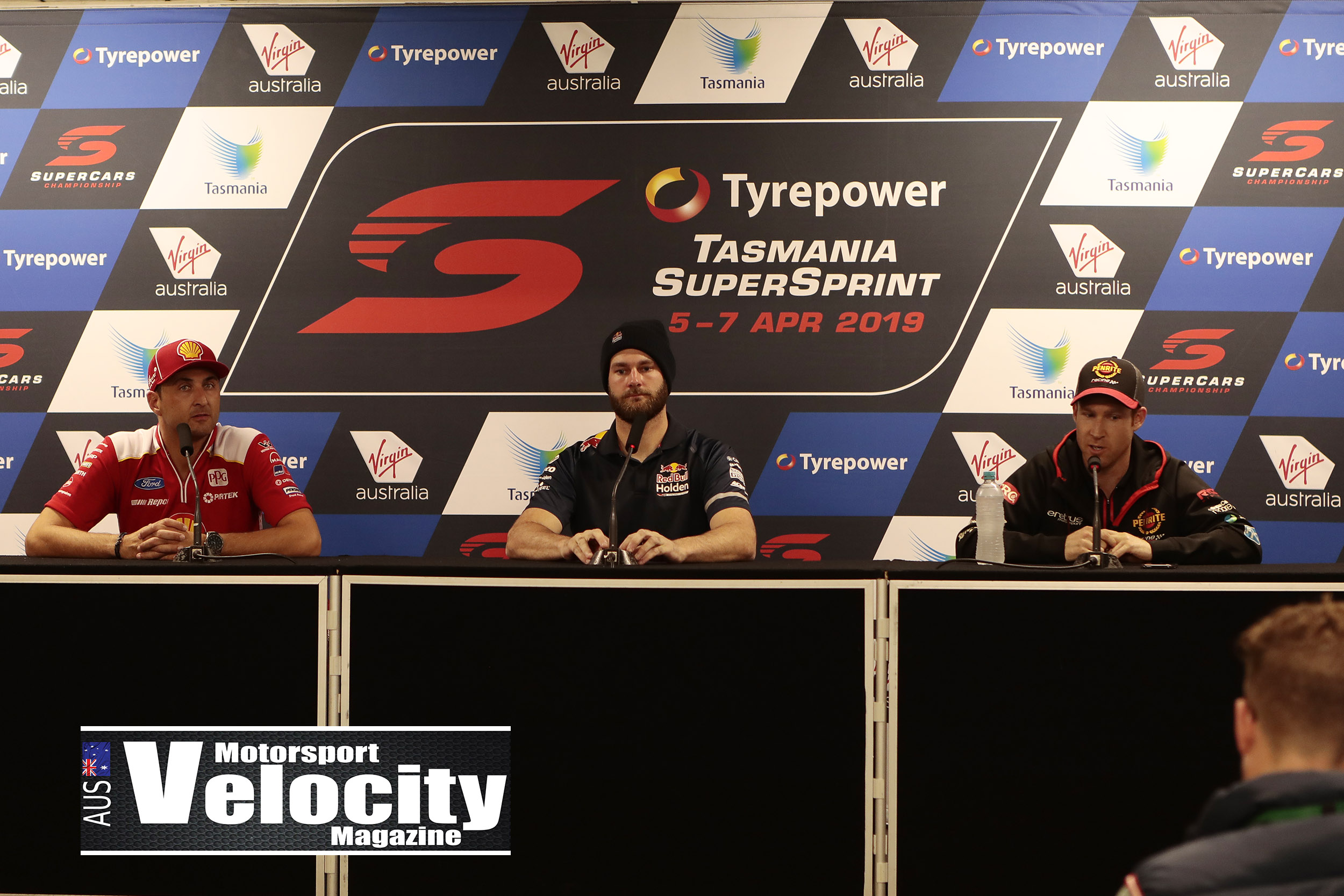 At the start, David got off the line a little slower than usual, bogging down and dropping back to fifth behind Scott McLaughlin and Mark Winterbottom.

It was much the same for Anton, slotting into 7th after starting a season-best of 6th.

With 84 laps ahead though, the pair held their positions until the first flurry of pit stops started on lap 14.

Anton stopped early and was the fourth car to duck into the lane for tyres and fuel, while David opted to go long and waited until lap 29.

David emerged 4th, while Anton found himself just in front of a battle-pack for 6th.

The #99 held off James Courtney and Cam Waters, building a gap to over 2-seconds before stopping for a second time on lap 49, bumping Anton to 7th behind Mark Winterbottom.

David showed tremendous pace and on 15-lap fresher tyres than Scott McLaughlin in front, his Penrite Holden closed in and sliced by on lap 36 to seize 3rd.

The #9 Holden pit for its final time on lap 55 and then focused on Fabian Coulthard on front.

Getting tired of the rear of his car, David pushed to get around the #12 and steal 2nd, although it was only brief.

The two continued to trade paint as they entered the final 20 laps, but it was Coulthard who eventually got ahead.

With the race far from over, it was 14 laps from the end where Anton’s race came undone.

The #99 was solid in seventh but a broken gear lever forced the young gun to race around in 4th gear.

Anton did what he could but ultimately it was out of his hands, dropping back to 23rd before the finish line.

“I’m very happy with today, we made some good changes to the car overnight which we benefited from. I got a good couple of laps in during qualifying to get third. I thought my car was good enough for pole, but we probably didn’t maximise it.

“I got an average start in the race, it was a bit damp and I got too much wheel spin, but I had reasonable pace. We stayed out long, had an almost perfect strategy and really good pits tops, I don’t think we could have done anything better. I had a great battle with Fabian and I made a pass but I got hung out wide around the last corner and toasted the rear tyre and after that the car wasn’t the same, so he got past. Overall though I’m really happy for the team.”

“Again, we had to go through the same qualifying process as yesterday and managed to get through all of them and qualify 6th which was a great effort. I didn’t get the best start in the race, but only lost one spot and battled Waters and Courtney for majority of the race. I cleared them by the last stint and was running well in 7th. I was running my own race with no pressure, but it was close to the end when my gear lever broke off and that ended our good run. I finished our race driving around in 4th gear so it wasn’t ideal, but we were able to still claim some points from the day.”