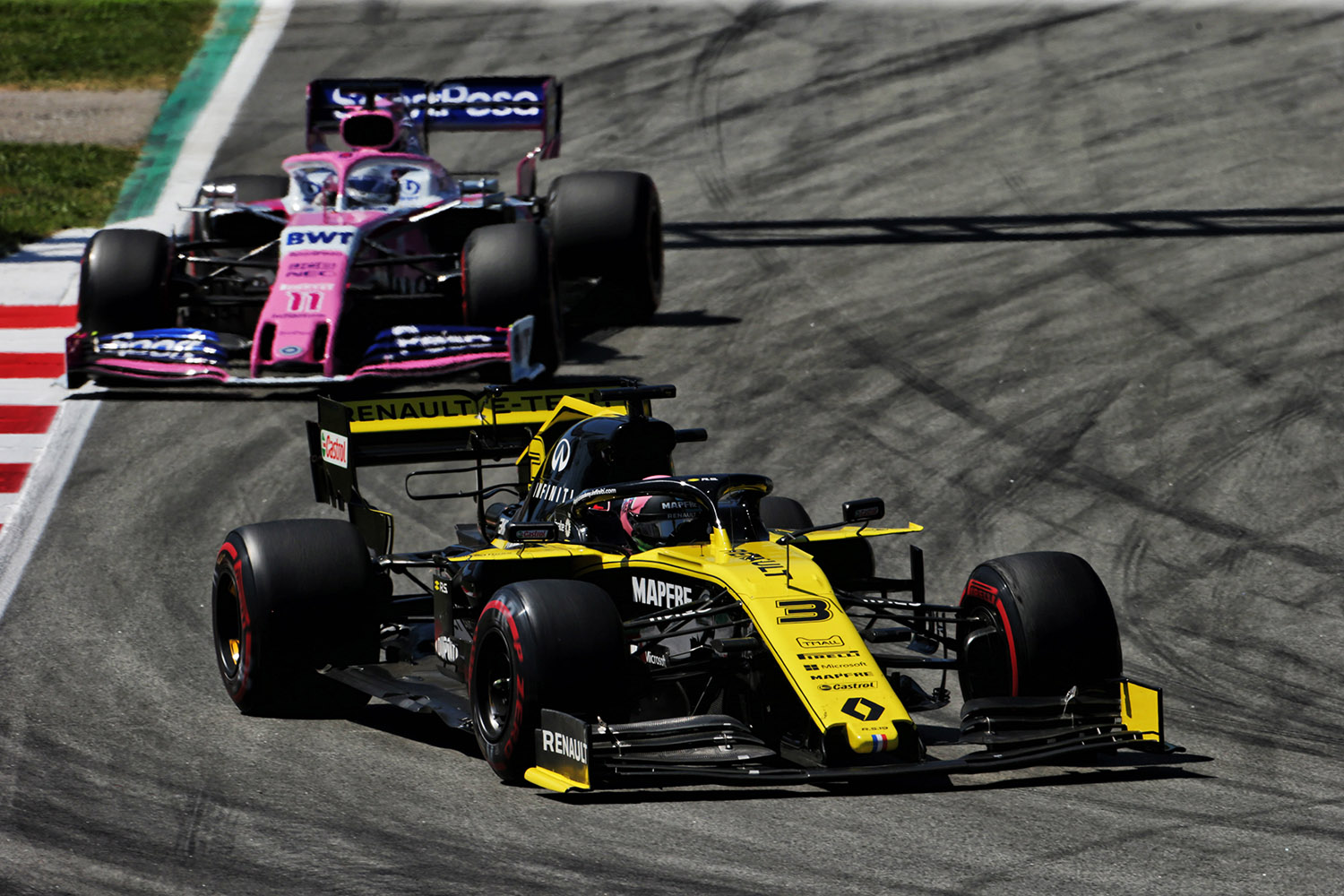 Renault F1 Team fell short of scoring points in the Emirates Spanish Grand Prix with Daniel Ricciardo twelfth and Nico Hülkenberg narrowly behind in thirteenth at the Circuit de Barcelona-Catalunya on Sunday.

Daniel gained one position by the end of lap one before maintaining position in the early running. The Australian couldn’t make further inroads from there until a late Safety Car closed the field up with Daniel pushing for the final points place, which came to no avail.

Having qualified sixteenth, Nico started the race from the Pit Lane due to a post-qualifying penalty and made the most of the opportunity by adding new engine parts to his car. A strong start allowed him good position in the midfield battle, but he too missed out on points after the late Safety Car.

Daniel Ricciardo, started P13, finished P12:
“It was a frustrating race from my side this afternoon. In the first part, we had the pace on Sainz and at the end of that first stint I was able to take him. We then pitted and put the Hard tyres on and he got me back quite quickly. It was difficult to close the gap back, we had good pace in the final sector but couldn’t get the run on him out of the final corner. We were certainly quicker than twelfth today and, in the end, it wasn’t a perfect Sunday. The midfield is so close and everything has to be executed to the maximum for a strong result. We’ll regroup and look forward to the next one.”

Nico Hülkenberg, started from Pit Lane, finished P13:
“It was always going to be tricky today starting from the Pit Lane. It wasn’t a great race as we didn’t score any points, but it was nice to have a normal race and grow the confidence back up. Especially after a tough weekend, that’s a positive. I couldn’t quite fight for points in the end, we had 10-lap old Softs running against others who had pitted for fresh tyres after the Safety Car. I felt good and comfortable out there, which is promising heading into Monaco. I’m back in the R.S.19 on Tuesday, so we’ll be aiming for a productive day’s running.”

Cyril Abiteboul, Team Principal:
“Barcelona is always a good race weekend to assess the competitiveness of the car and the team after the first couple of fly away races that are not always representative. The midfield is very close and any deviation leads to spectacular variations. But the result today is clear, even without the Safety Car, a few points could have been possible. We are not in line with the targets we have set ourselves. The test next week comes at a good moment to assess particular areas of the car in depth and look at important development items as we define our short-term and medium-term action plan to recover from a poor season start that does not alter our determination and our long-term objectives.”