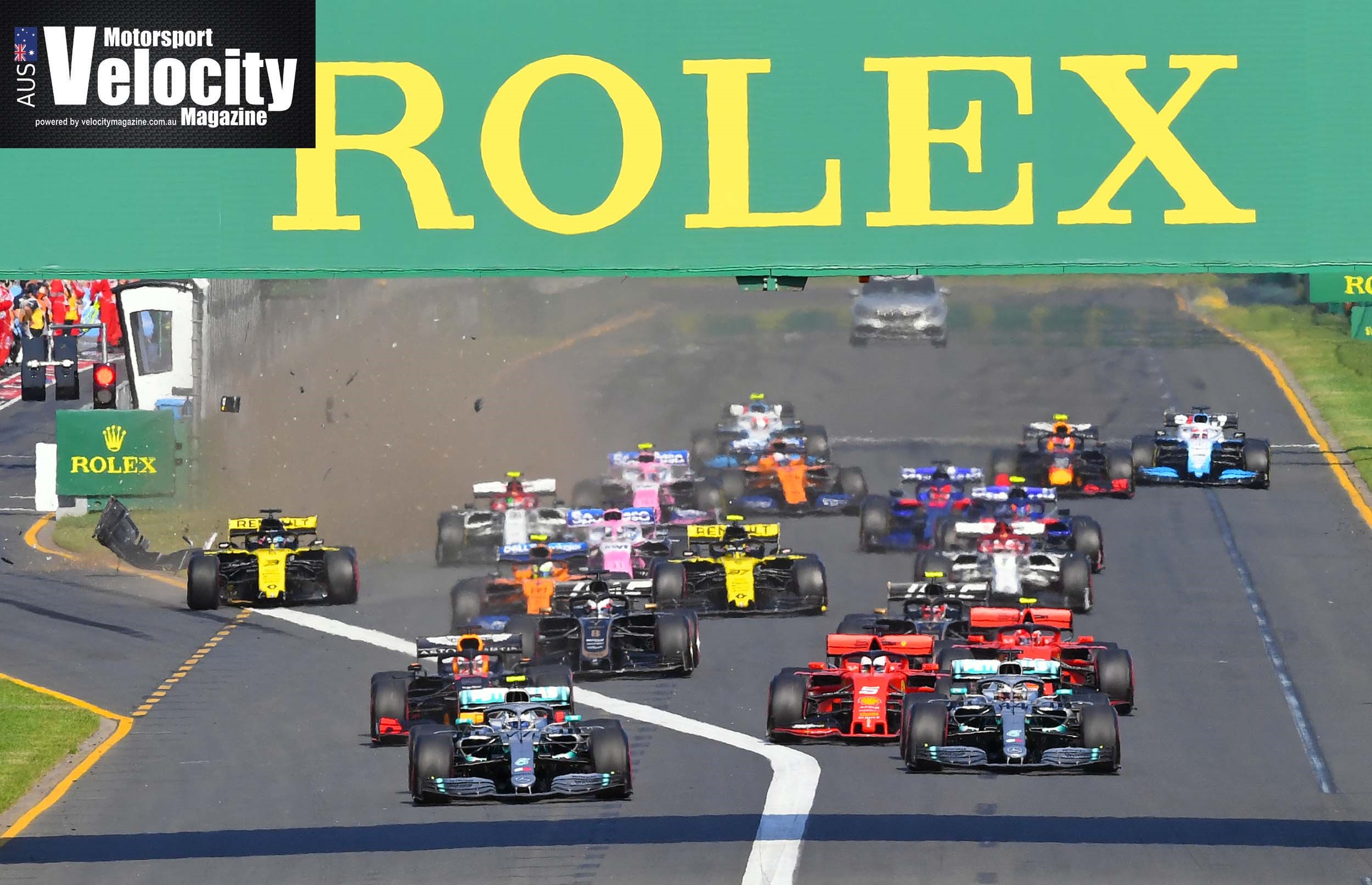 Nico made an excellent start from eleventh on the grid, rising to eighth on the opening lap before driving a conservative race to the flag in seventh place, a repeat of the result recorded in Australia last season.

Team-mate Daniel Ricciardo, making his debut for the team at his home Grand Prix, retired on lap 28 as a precaution following damage to the car suffered during an unfortunate lap one incident. After making a bright start off the line, Daniel lost his front wing after running wide on the main straight, forcing him into an early pit-stop for a front wing change. He was consequently forced to retire later in the race as a preventative measure.

• Nico started from P11 on Pirelli’s Soft (red) tyres, battling his way to eighth on the opening lap. He inherited seventh after pitting for Hard (white) tyres on lap 13 and defended that position to the end.
• Daniel started from P12 on Soft tyres, pitting at the end of lap one for a nose and front wing change, as well as Hard tyres. He retired on lap 28 as a precaution for his lap one incident

Nico Hülkenberg, started P11, finished P7:
“It’s a good start to the season with some solid points on the board. It was a tricky race – especially the final 10 laps – I was under pressure and really had to fight to hang onto seventh place. I’m pleased to pull that off. The start and the first lap made our race; it’s so crucial to have track position around here and from there it was about managing the car and the tyres. We can be pleased with today, it’s a positive result, but it also shows we have a lot of work ahead of us. We need to dig deep and continue finding performance especially to improve the car balance.”

Daniel Ricciardo, started P12, DNF:
“I’m gutted, that’s for sure. I made a good start, managed to get a good run on Perez and then moved to the side. I put a wheel on the grass, which didn’t concern me, and then a massive bump caught me by surprise. It’s unlucky more than anything and, unfortunately, that was our race run there and then. It all happened very quickly and it was a shame we finished like that. Nico showed in the race that the car belongs in the top eight and we’ll be aiming for a smoother weekend in Bahrain and a strong result.”

Cyril Abiteboul, Team Principal
“We’re leaving Australia with mixed feelings and a contrast of positive and negatives. The main negative was Qualifying, where we had a number of issues that impacted our potential and starting position. That made Daniel’s first race complex and we tried to recover positions at the start but we ultimately had to retire his car due to the damage. Nico managed to turn around the situation and had a very strong race. He was very smart and drove a good race to finish seventh. We know the car has much more pace than we have shown, especially in Qualifying, and it will be the priority of the next race to extract more from the initial platform with a smoother execution across the weekend while we work on our planned upgrades.”