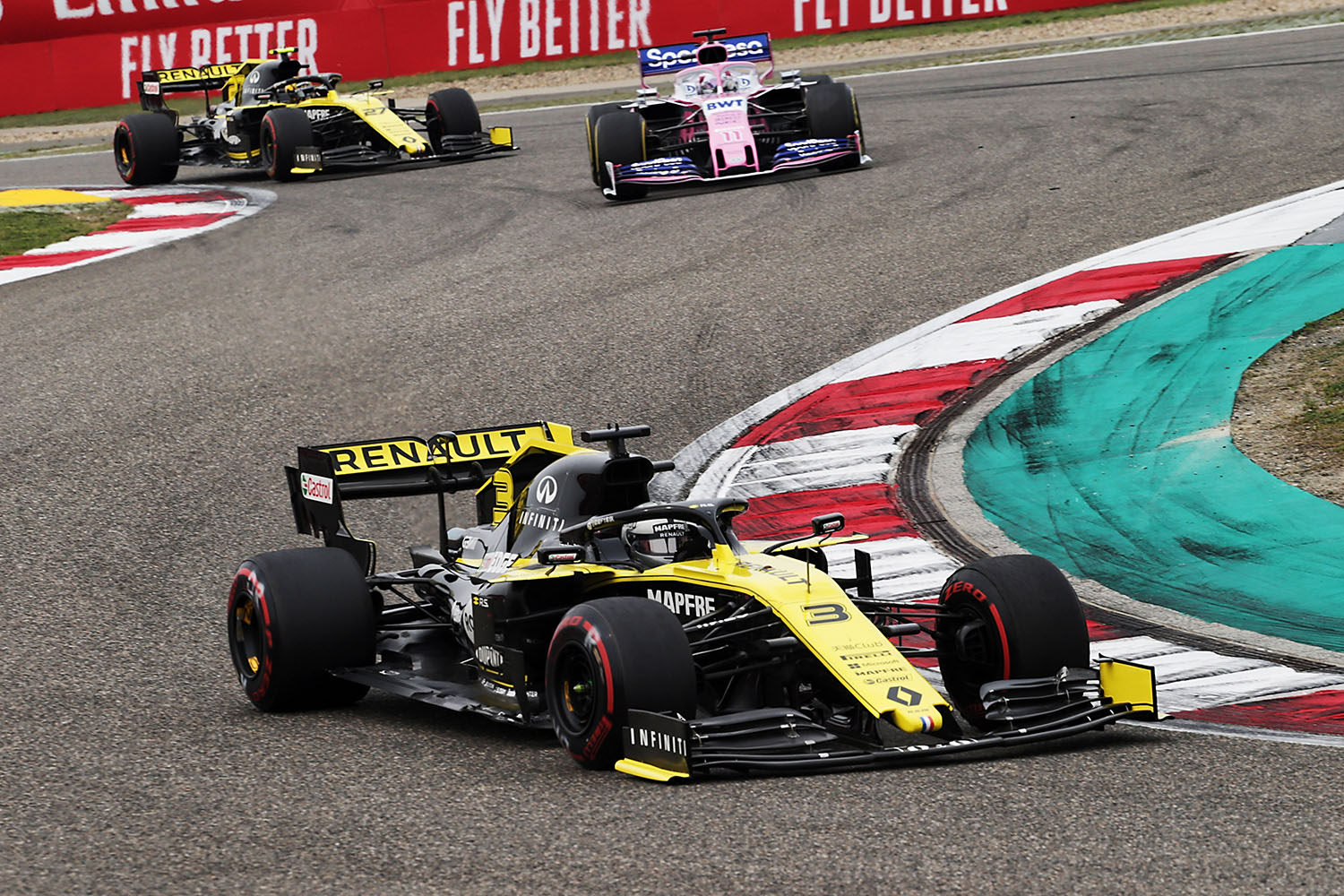 Nico Hülkenberg retired from the race on lap 16 shortly after his pit-stop, with the team investigating an MGU-K issue on his car.

Nico Hülkenberg, started P8, DNF:
“It’s clearly a very disappointing race for us today. It was a difficult start to the race, I lost a position and it was tough following cars ahead. We pitted and came out in some traffic, but then I felt a loss of power. We tried our best to fix it out there as it looked like a software issue, but it wasn’t possible and we had to park up. We’re looking into the issue, but it looks like an MGU-K related problem. We have things to work on ahead of the next race, but we will look at everything in detail and come back stronger.”

Daniel Ricciardo, started P7, finished P7:
“It’s good to get on the board, finish the race and have my first points with the team. We’ll take the positives from that. It might have looked a simple seventh, but it wasn’t easy. It was a bit of a lonely race, I didn’t have so many battles but I was being pushed hard from the cars behind all the way to the end. It’s a strong result and the best we can ask for; at least for today. We want to push on from this over the next couple of races and keep working from here.”

Cyril Abiteboul, Team Principal:
“We can be pleased that Daniel opened his points-scoring account with us this weekend. He drove an intelligent race to conserve the tyres on a one-stop strategy, which we had to adopt to maintain position despite the challenge of starting on the soft tyres. Nico, unfortunately, retired with an MGU-K related problem that we will investigate further after this weekend. We will look at the weekend as a whole and our focus switches to the next race.”