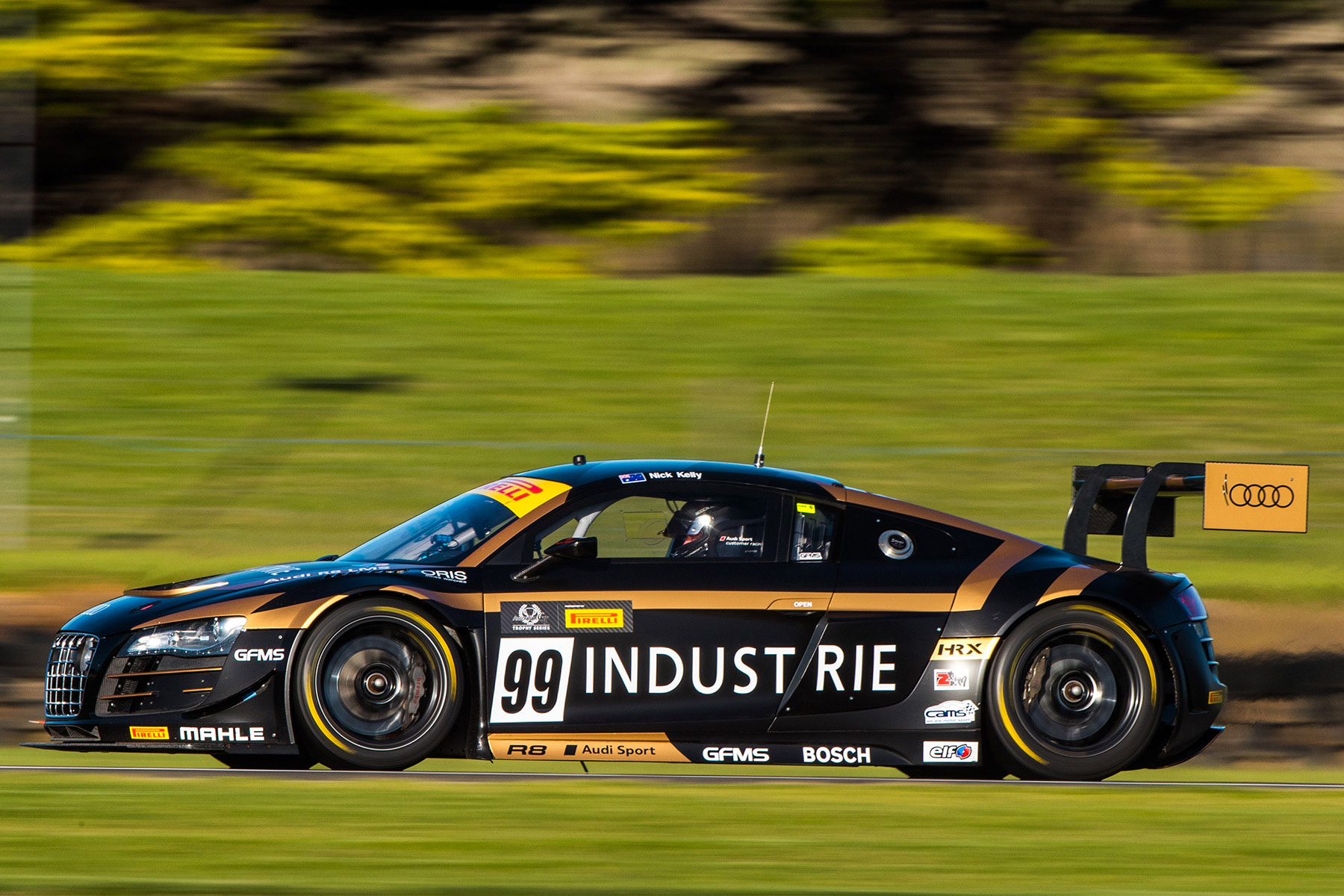 Over recent seasons the Australian GT Trophy Series has represented a great opportunity for teams with older specification GT3 machinery to do battle, the 2018 rounds providing some of the toughest on track battles of the season.

Last year, Sydney-based Audi driver Nick Kelly emerged as champion after a great fight with Melbourne’s Rio Nugara which went all the way down to the wire at Winton. Kelly’s season kicked off with four dominant wins at Albert Park, on his way to a season high six consecutive wins to open the year, but from there he had to rely on consistency as his rivals battled to make up ground.

Across the closing rounds a number of drivers made their presence felt including teenage Audi rookie Ryan How who claimed two wins and the round victory at Sydney Motorsport Park, and Porsche tragic Scott Taylor who claimed victory in the final event at Winton – his only appearance of the season.

Kelly, How and Taylor will be back to do battle across the course of the 2019 Trophy Series season, and all three are expected to be in title contention, but they will have no shortage of challengers.

Victoria’s John Morriss is always a threat at his local rounds, the Porsche stalwart expected to be right in the mix at the Grand Prix and at Sandown later in the year, his string of second-placed finishes behind Kelly at Albert Park a sure sign he will be one to watch. Like Scott Taylor, Morriss will campaign a Type 997 Porsche GT3 R in Melbourne, a car more than capable of mixing it at the front.

Joseph Ensabella will make his AGP return in his Type 997 GT3 Cup Car, the Aaron Laboratories Porsche driver mixing it with the newer Type 991 cars of Shane Barwood, Nick Karnaros and Chris and Luke Seidler last year, giving him valuable laps of the Albert Park circuit.

Former Porsche regular Richard Gartner will make his AGP debut in a Lamborghini Gallardo RE-X, a car that in past years has enjoyed good success at Albert Park, notably race two in 2017 with Roger Lago claiming the outright race win. Now classified a Trophy Series car, Gartner will have one very potent weapon in which to contest his maiden event on the streets of Melbourne.

The Gallardo RE-X won’t be the only car from the Reiter Engineering stable in the field (the German-based company also responsible for the KTM X-Bow GT4s), they also built a wild GT3 entry based around an iconic American muscle car..

When it was first introduced in 2012, the Chevrolet Camaro GT3 turned heads everywhere it went, not the least because of it’s thundering 7.9-litre V8 powerplant, an engine you could hear above the scream of its European rivals. Campaigned in Australia since 2015, Dale Patterson has contested intermittent rounds in his DPM Motorsport Camaro, but the successful Melbourne-based engine tuner is passionate about the mighty Chevrolet V8 and just as fired up about racing at home, so expect to see the menacing black and fluro orange machine mixing it with the Trophy Series regulars.

The Australian Grand Prix event begins with on Thursday 14 March two qualifying sessions ahead of the first of four 25-minute races – one for every day of the AGP event.