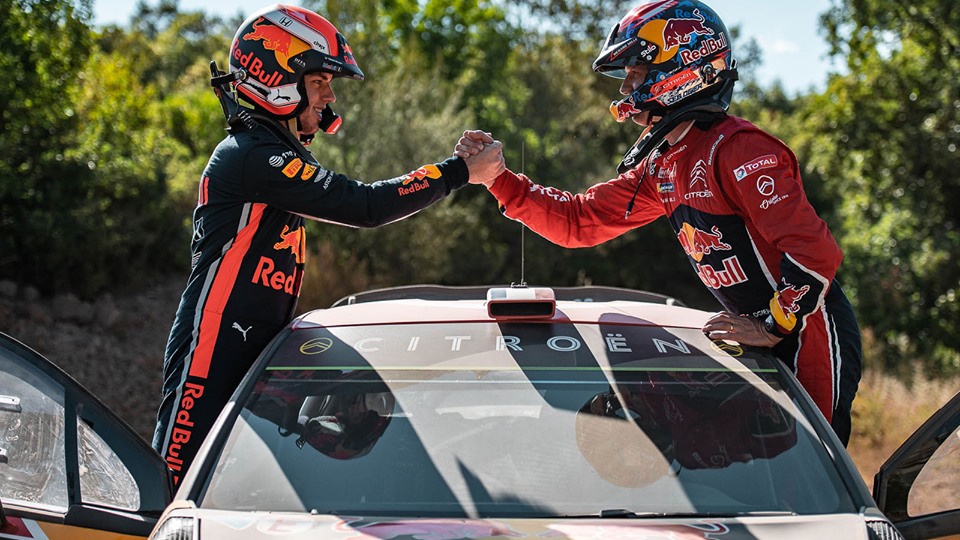 Pierre hitches a ride to the French Grand Prix with rally legend Sébastien Ogier and his WRC beast!

Pierre set off in his Aston Martin Vantage but with a road closed and a local goat farmer’s tractor of little use, Pierre needed to take a detour. As if from nowhere, Sébastien Ogier and his WRC car donuted to a halt and the passenger door flew open for Pierre to resume his commute, this time as co-driver.

Reflecting on his off-road experience alongside a living rally legend, Pierre commented “This has been an insane experience. It’s the first time in my life I’ve been off-roading and I must say it was really amazing. I was super-impressed with the car and with the control being exerted by Séb. It was incredible seeing how hard he could push.

“It’s completely different to an F1 car,” he added. “However, being a passenger, I didn’t like not being in control! I had Séb next to me, so of course I was completely safe. There’s a lot more drifting, you’re sideways everywhere. A lot less grip than what we get in an F1 car but still the feeling is amazing. I’d like to drive a WRC car one day.”