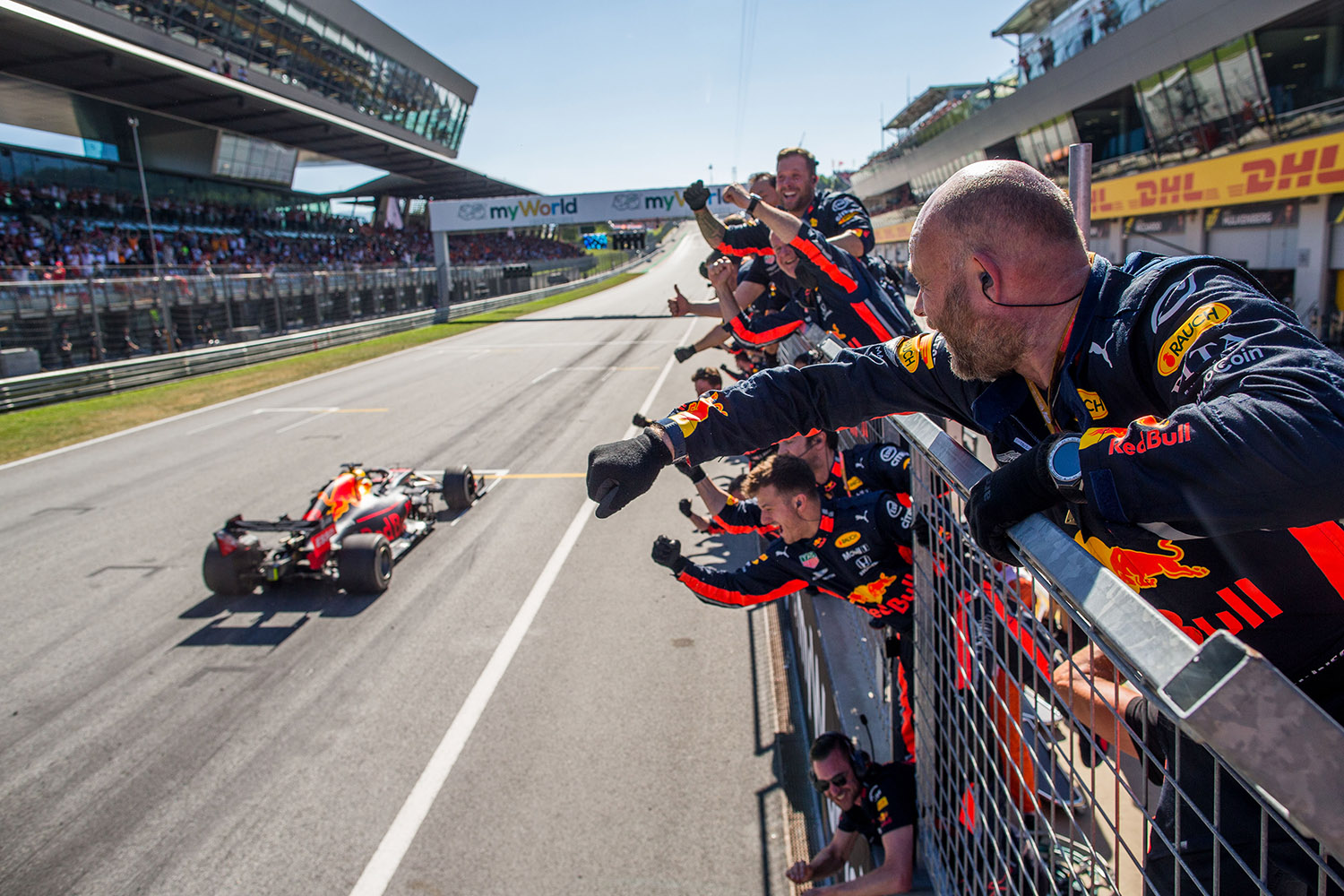 “It was an incredible race and I’m so happy to take the Team’s second victory at our home Grand Prix. It was a shame at the start as I triggered anti-stall and dropped back to seventh. From there onwards the pace was really good, I stayed calm and kept pushing hard. The second stint was decisive for us as the car really came alive. Once I passed Valtteri I thought I could have a go for the win as our pace was so strong but you never know. I just kept pushing, drove flat out and didn’t give up. We passed Charles with a few laps to go so I’m extremely happy. The move was close racing and if you can’t make moves like that I think it is better to stay at home. I want to say a big thank you to everyone at Aston Martin Red Bull Racing, all weekend we have been working really well and the upgrades seem to have worked. Thank you to all the crew here, everyone at the factory and of course Honda, it’s not been easy for them over the past years but to win for them today is just incredible.”

“It was a tough race and a difficult day. I didn’t have great pace on the soft tyre in the first stint and then I was stuck behind the cars in front. On the second stint, I pushed too hard at the beginning and destroyed the hard tyre after only a couple of laps which left me with massive blisters, so from there I was just slow and I didn’t have the pace to catch Lando. Overall, it’s nice to see the new upgrades are working with Max. He did a fantastic job so this is positive and we now look forward to Silverstone. On my side, I’m not very happy with my performance and I could have managed the race a lot better. I’m a really competitive guy and there is work to do. I haven’t found exactly what I want from the car so we will keep pushing, but it’s good to see the car is working and I think we have a good direction for the upcoming races. I have a lot to learn and take from having Max next to me. I want to deliver more and I know I can, so now we need to work.”

“What an unbelievable performance by Max today. To win the race here in Austria and to give Honda its first victory with a V6 hybrid is unbelievable. Winning our home race means an enormous amount to everyone in the Red Bull family. Mr Mateschitz has put so much into the sport with both Aston Martin Red Bull Racing and Toro Rosso, so it means an incredible amount to deliver this victory for a second year running. It was a tense wait after the race but the stewards made the right decision. What happened today between Charles and Max is hard racing and I think that’s what Formula One is all about – it’s two young guys going for it. Formula One has come under a lot of criticism recently and I think today’s race was an exciting one with overtaking, tyre degradation and drama – exactly what the doctor ordered! We came to Austria as outsiders and so to win here is a dream come true and I think that was Max’s best win. It was a tough race for Pierre but he managed to make progress and pass Raikkonen. When your teammate is performing at this level the benchmark is extremely high, but with time and as his confidence builds, Pierre will close the gap. Our target in the constructors’ championship is Ferrari and we need both cars to score the maximum points possible.”