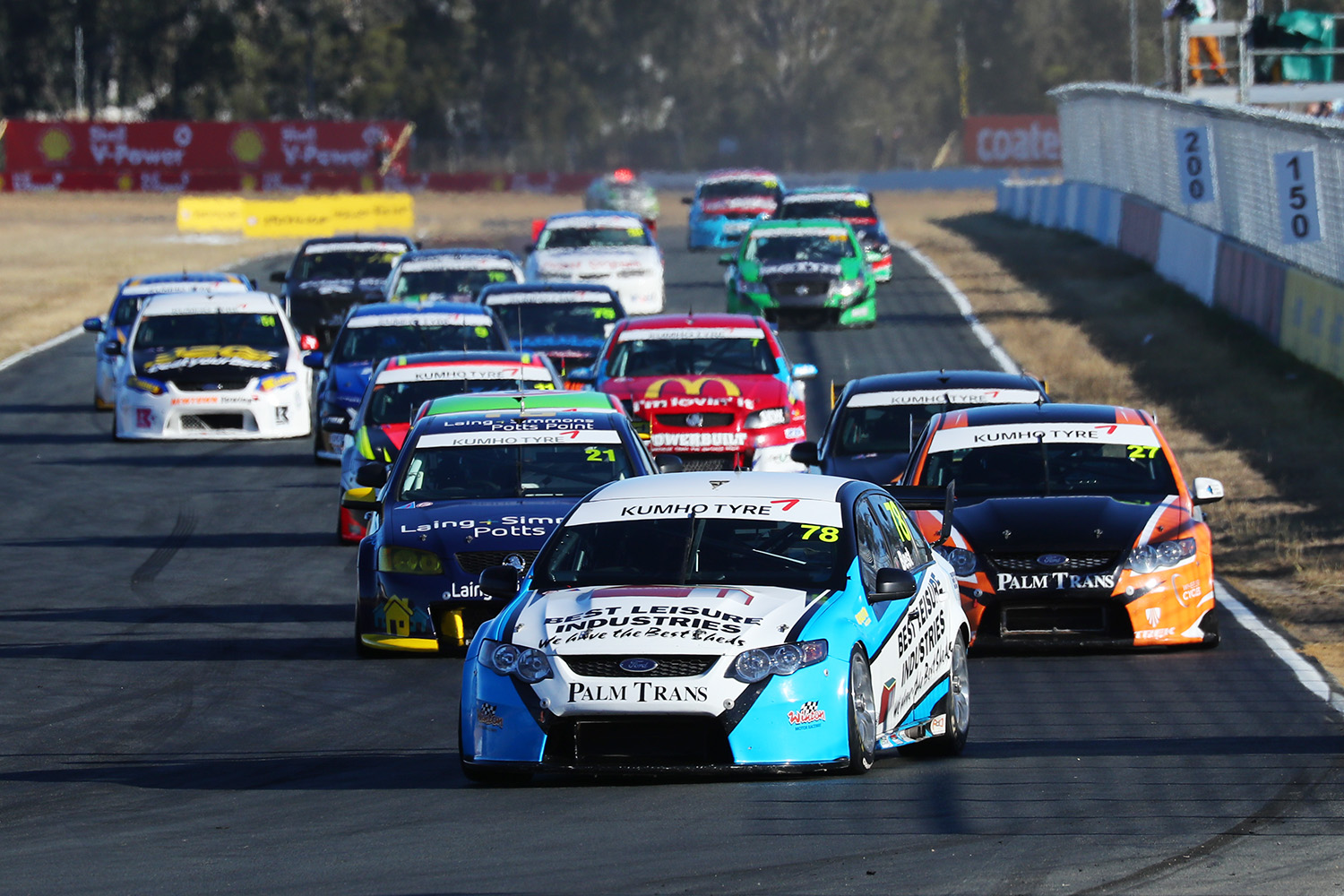 A RECORD 25-car field will commence a new era for the third tier of Supercars racing in Australia at the WD-40 Phillip Island Supersprint this April.

The opening round of the 2019 Kumho Tyre Super 3 series has attracted a bumper field with an influx of new talent joining established names in what is the series’ most competitive field yet.

10 drivers will make their debut at Phillip Island, while the total of seven teenagers competing is also a record.

The influx of new talent comes as the series, launched in 2008 as the V8 Touring Cars, enters its second decade with new branding and official recognition from Supercars for the first time.

“It’s an exciting time for the series and the perfect way to start a new season,” said Category Manager, Liam Curkpatrick.

“The combination of an excellent calendar that includes four events on the Virgin Australia Supercars Championship calendar, a continued focus on affordability and a stable package has seen interest grow in the series in the last few years.”

The notable change to the series branding is the biggest difference to an otherwise stable set of rules in place for the new season.

Key Supercars rounds at Phillip Island, Winton, Ipswich, and The Bend Motorsport Park will be followed by the series decider to be held at Sandown Raceway in September, with the Shannons Nationals.

A balance between young talent driving for professional teams and privateer runners has been retained ahead of the new season – several new faces also joining the Kumho Cup class for ‘Pro-Am’ competitors.

“Rebranding the series this year adds to the series’ visibility and its position on the Supercars ladder,” Curkpatrick added.

“It is an exciting time for the series given the young talent coming through and the familiar faced who continue to support it so well.”

The 2019 field includes last year’s runner-up, Zak Best, who won two races and the Sydney Motorsport Park round as he battled eventual champion Tyler Everingham for the 2018 championship.

With Everingham stepping into the Super2 Series this year, the 17-year-old takes the lead role at MW Motorsport this year and will be joined by fellow teenagers, Formula Ford runner-up Hamish Ribartis and Toyota 86 series race winner Nic Carroll in an expanded three-car team.

Best and New South Wales-based privateer Jon McCorkindale will be the two most experienced drivers in the championship class field this year.

McCorkindale has proven a regular frontrunner in his Super3 career and scored one race victory and two round podium finishes en-route to third in the championship last year.

With regular driver and Kumho Cup race winner Michael Anderson stepping aside, the team will hope to challenge regular Super2 and Supercars teams with the talented open-wheel ace driving this year.

Former champions Image Racing will field 22-year-old Karting Champion Matt McLean while Paul Morris Motorsports returns to the fold with Broc Feeney behind the wheel of their Ford Falcon.

The 16-year-old Queenslander became the youngest ever winner of a Toyota 86 series race last year.

Competition for the Kumho Cup is also expected to be strong, with the top six drivers from last year’s class championship all returning, including 2018 champion Jim Pollicina.

MSR join Brad Jones Racing as the two teams entering cars in all three tiers of Supercars competition this year.

Action commences at the WD-40 Phillip Island Supersprint on Friday, 12 April. Three races – two, 10-lap affairs and the 12-lap finale’ – make up the opening round.

Qualifying and all three races will be shown on FOX Sports’ coverage of the event.