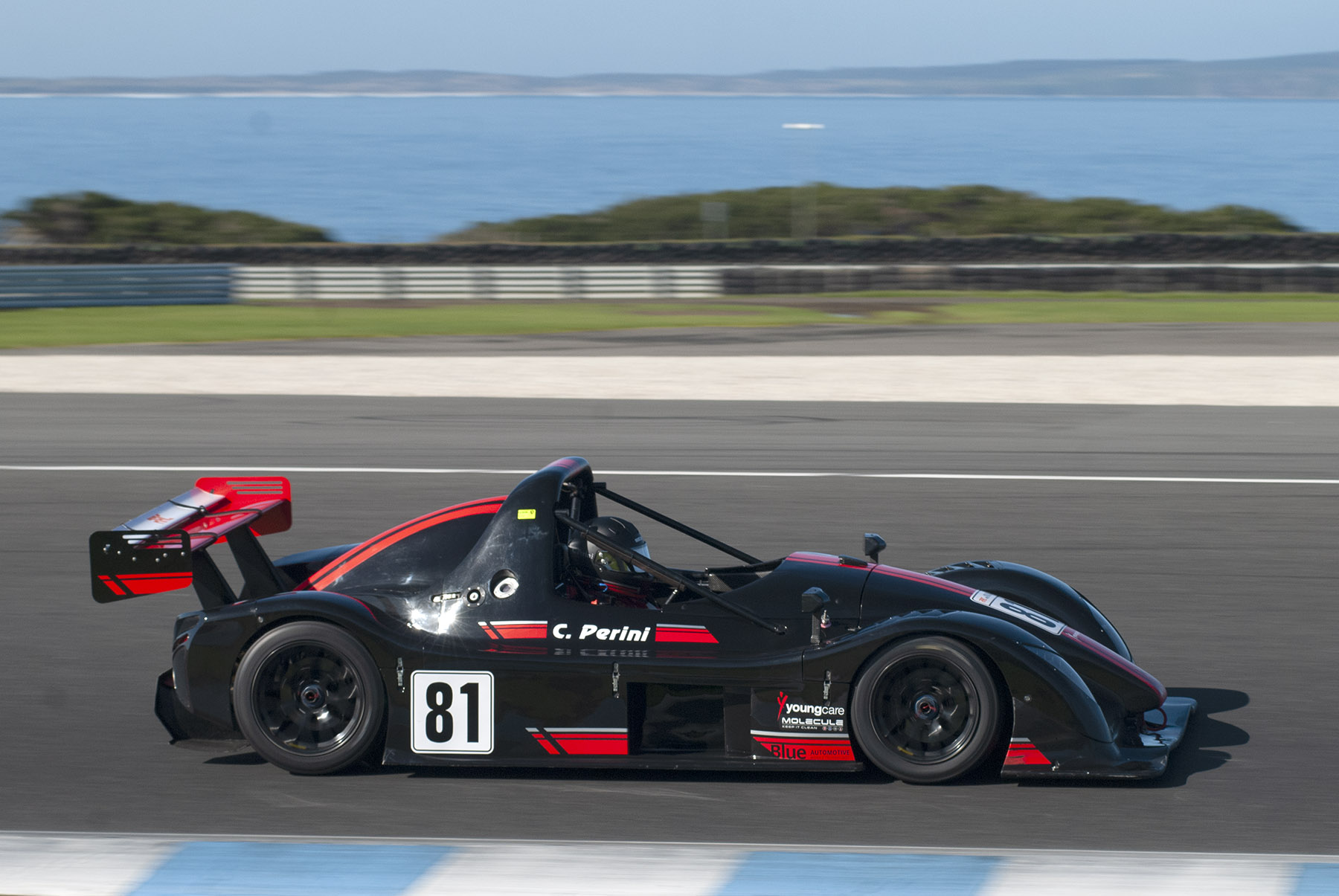 Radical Australia Cup will return to the popular Phillip Island Grand Prix Circuit this weekend for round four of the 2019 season, the southern venue always presenting an unpredictable challenge during the mid-year winter chill, and this year is expected to be no different.

Back alongside the Australian Production Car Series – as they were for the second race of the season at Sydney Motorsport Park – the Radical teams will be faced with two 50-minute races, and with the top three drivers in the championship split by just five points coming into the event, anything is possible.

Paddon likely starts favourite this weekend, but with the prediction of a high chance of rain for Saturday afternoon’s opening race, survival might just be the key, and with the title race so tight, you wouldn’t expect any of the title contenders to try anything dramatic – but just as Paddon’s past success will weigh into the equation, so too will his experience in the wet over the last six years..

Currently Mitch Neilson and father Brad sit on top of the points standings after their season-opening Bathurst victory, but they are just five points clear of round three winner Chris Perini, and only six clear of three-time 2019 race winner Peter Paddon, although Neilson holds an added advantage this weekend – a new car – which will see the Cup debut of the ex-Rowan Ross SR3RSX in Neilson’s hands. He will however drive alone this weekend after father Brad made a late decision to withdraw from the event.

Debuting the car at a recent NSW SuperSports round where he battled against Garth Walden in Kostinken Pohorukov’s SR3RSX, Neilson showed impressive pace, pace he hopes to apply this weekend in the battle for top honours at Phillip Island.

Chris Perini comes into Phillip Island with perhaps his best chance of victory at the Grand Prix circuit yet, the former Superbike racer hoping to apply some of the maturity he believes was the key to his success in taking his maiden round win last time out at Sydney Motorsport Park.

They won’t be the only drivers though looking for success on the fast, flowing 4.445-kilometre layout with a number of drivers in the field capable of claiming a podium finish.

Amongst those that would love nothing more than a podium finish for the weekend is NSW SuperSports front-runner Peter Clare who was also one of the big surprises of the most recent round of Radical Australia Cup after qualifying third for the opening race. Starting the season alongside Australian-international driver Joey Mawson at Bathurst clearly rubbed off on Clare, and he will be keen to impress further this weekend.

Paul Braico is another SuperSports graduate who will be looking to make an impression this weekend after the frustrations of his Cup debut last time out at Sydney Motorsport Park, a debut which saw him sidelined in both races after contact with rivals – through no fault of his own.

Braico – like Clare and reigning SuperSports #1 Mitch Neilson – will all make their presence felt, whilst the returning Kosta Pohorukov will also be looking for a place on the podium after claiming second to Perini at SMP during the opening race last time out.

With Max Medland emerging as a podium finisher at SMP alongside his experienced father Chris, Greg Kenny and Bill Medland also in the pack, the racing is certain to be exciting, as it will be for Phillip Island rookie Jim Hernandez who will be competing in just his third event, the American still smiling after deciding to turn his passion for motorsport into a reality earlier in the year – based on his SMP approach, he will carefully work his way forward across the weekend.

Whilst Hernandez is new to the Cup, Zig Fuhrmeister – who is a Radical Australia Cup rookie this weekend – is no Radical debutante, the Victorian owning a couple of SR3s, although for the passionate SR3 owner, this will be his Cup debut, and with past successes in the popular sportscar at Phillip Island, he is expected to mix it with the series regulars across both 50-minute races.

Action for the Radical Australia Cup field begins on Friday, 28 June with a number of short unofficial practice sessions, ahead of official practice and qualifying on Saturday morning and the first of the 50-minute races (1:25pm), followed by race two at 12:20pm on Sunday.

Live streaming will be in operation during both Saturday and Sunday – details are available through the Radical Australia Facebook page.