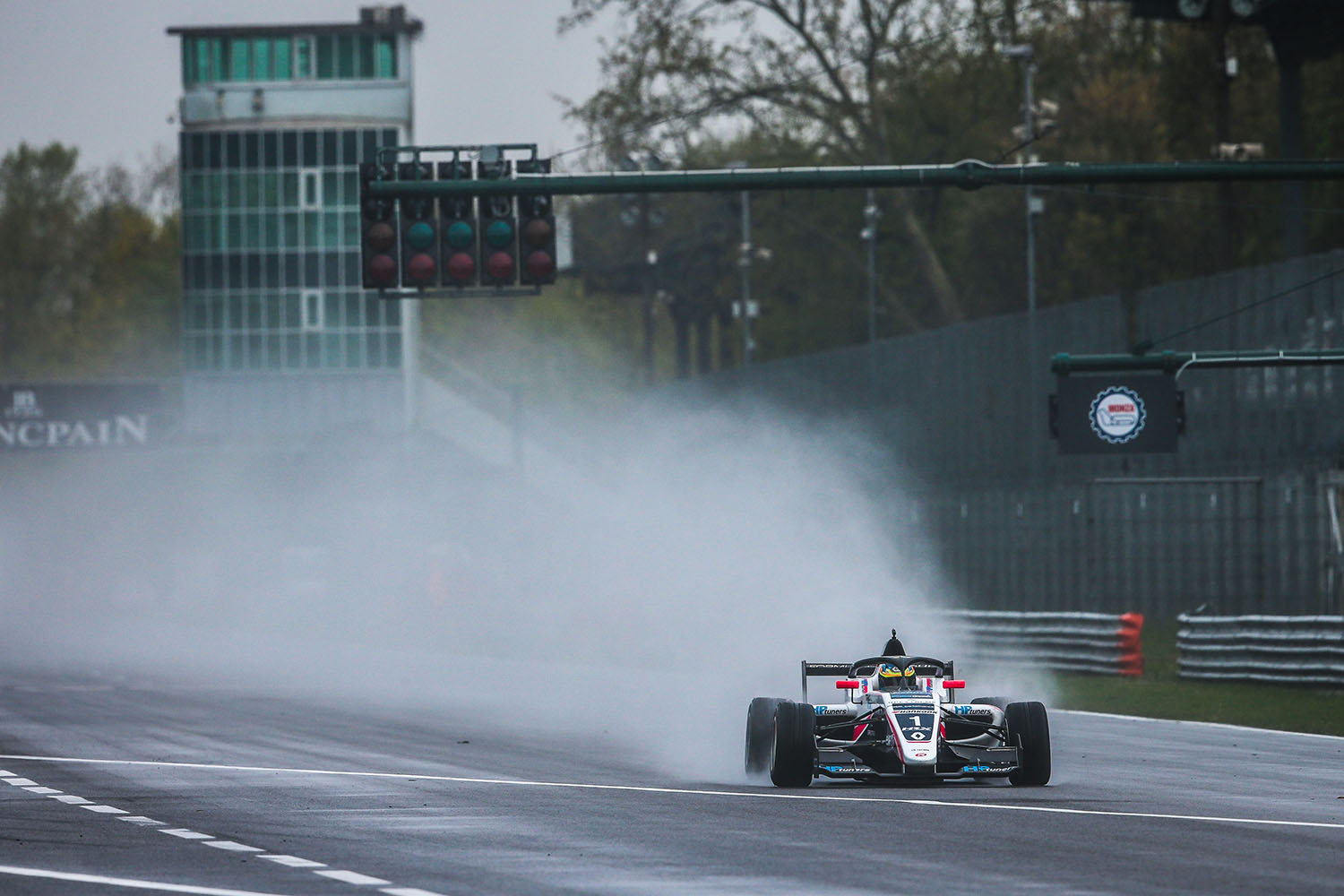 Oscar Piastri salvaged a solid result from a difficult opening weekend to the Formula Renault Eurocup at Monza with a fourth-place finish on Sunday after sustaining damage when challenging just outside the podium places a day earlier.

After setting some quick times during pre-season testing hopes were high for a good start to the season. Oscar was at the right end of the grid with a sixth-placed qualifying result for the first race of the weekend.

Showing his racing abilities, the Australian teenager quickly climbed two places and was challenging for third before running wide and having to fight his way back again. While pressing hard for fourth place however, he made slight contact with a rival’s rear wheel and was forced to pit for a new front wing which put an end to his chances.

With wet weather setting in on Sunday, Oscar qualified a strong fourth, despite red flags disrupting a quick lap before a frantic final few minutes to the session. Unfortunately, the race didn’t ever really get going due to repeated Safety Car periods as a number of drivers struggled in the poor conditions.

There was time for just three racing laps when the cars were released for the final time, which precluded Oscar from being able to make progress though he fought to take third place, before keeping a cool head to secure valuable championship points.

“In the wet we were always pretty strong. The first practice wasn’t amazing but after that we were pretty good – not quite at the front but inside the top ten. As a team it wasn’t the greatest qualifying on Saturday but considering we weren’t too happy P6 was good.

“My start in race one was good, and our pace was good enough to stay in the train and the car was coming good through the race. I thought I raced really well up to the contact but slightly misjudged the front wing and that was it. I wasn’t trying to make a pass, but he braked so early I thought ‘I have so much momentum I might as well try it.’ I tried to get out of it, he went deep on the brakes, and I couldn’t get out of the way in time.

“On Sunday to be honest it was pretty tough. I would have been happy if it stayed under Safety Car the whole time because you could not see a lot. On the front straight visibility was about five to ten metres and it was pretty difficult to see where the car in front of you was. It was definitely the worst conditions I’ve ever raced in.

“I tried a bit of a move when we started racing but nothing really happened. We didn’t quite have temperature in the tyres and not being able to see where I was going we wanted to bank points and not take too many risks.”

Oscar will next be in action for his adopted ‘home’ race at Silverstone, with testing on Thursday May 9, before official sessions take place from Friday May 10 to Sunday May 12.