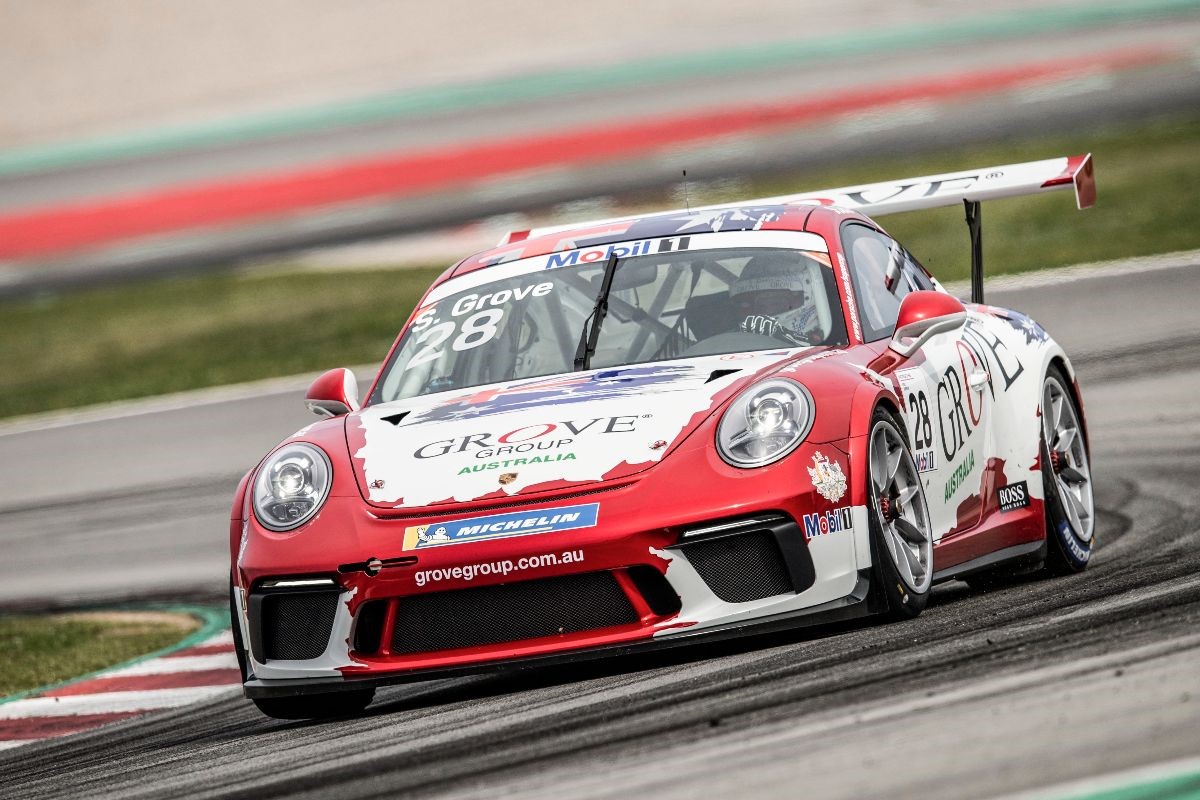 Stephen Grove heads to Barcelona, Spain this weekend to begin a new chapter in his racing career at the opening round of the 2019 Porsche Mobil 1 Supercup season.

Having raced under the Porsche banner for almost a decade in Australia and abroad, Grove makes the step to the pinnacle of Porsche one-make racing for a full-season campaign.

After testing the waters last year competing in selected rounds, the move to a full-season Supercup program for 2019 comes in the wake of Grove’s third Pro-Am title in Porsche Carrera Cup Australia.

The Melburnian forms part of a three-car Team Australia effort in the globe-trotting series which supports Formula 1, with the all-Aussie outfit run by German operation Herberth Motorsport. Porsche Mobil 1 Supercup will visit nine different countries, with ten rounds across some of the world’s best motor racing circuits.

The season was preceded by a two-day stand-alone test at Circuit de Barcelona-Catalunya, where teams had the opportunity to turn laps in anger. Grove proved competitive in the Pro-Am class throughout the test, settling into his new seat and turning over 100 laps.

Teams will return to the Barcelona circuit this week for Round 1 to lift the curtains on the new season. Featuring 16 turns, the 4.6km flowing layout is perfect to kick things off and is set to offer up exciting racing.

Following Spain, Supercup heads to the most prestigious event on the calendar for Round 2 on the tight streets of Monaco, Monte Carlo — one of only a handful of tracks on the roster Grove has driven at before.

The glamour of Monaco is followed by the stunning hills of Spielberg which surround the Red Bull Ring in Austria, Round 3. It’s then on to the United Kingdom for Round 4 at the famous Silverstone Circuit in England.

Rounds 5, 6 and 7 are the only other circuits Grove has prior experience driving on, with Hockenheimring in Germany and the Hungaroring in Budapest as back-to-back rounds making up the former two.

Belgium’s Spa-Francorchamps, featuring the iconic Eau Rouge corner, will be Round 7 — the site of Grove’s Carrera Cup France appearance in 2017.

Italy’s high-speed Monza circuit hosts Round 8, while a doubleheader at Mexico City’s Autódromo Hermanos Rodríguez brings the season to a close in late October.

Event formats will see a 30-45 minute Free Practice session, a 30-minute Qualifying session, and an approximately 30-minute Race, while the Mexico round will have two races.

Each of the races will be broadcast Live on Foxtel in Australia.

“After going to Catalunya and doing the test a couple of weeks ago, there’s no doubt it’s going to be a very competitive season in Porsche Mobil 1 Supercup. It’s clearly the next level above what I’ve been racing in Carrera Cup; you need to prepare well and I’m really excited about the whole season, making sure I can put my best foot forward. It’s going to be tough because these are some of the best Pro-Am drivers in the world.

“There are eight Pro-Am drivers in the field, so to try and get on the podium in class would be a goal I would like to set. Most of the others have been to Catalunya on many occasions, but for me, I haven’t done a lot of laps there. It’s a technical track, so I just need to make sure I push hard, get a good start — it’s about getting every aspect together. I think a podium in class is probably my goal for the moment, but we’ll see how the season unfolds round-to-round.

“Monaco is a real highlight on the calendar with the glitz, the glamour, and all the history; it was a great event last year. Monza I’m also looking forward to and I’m pretty excited about Mexico and Silverstone. They’re a couple of tracks which are going to be great, so it should be an awesome season.”