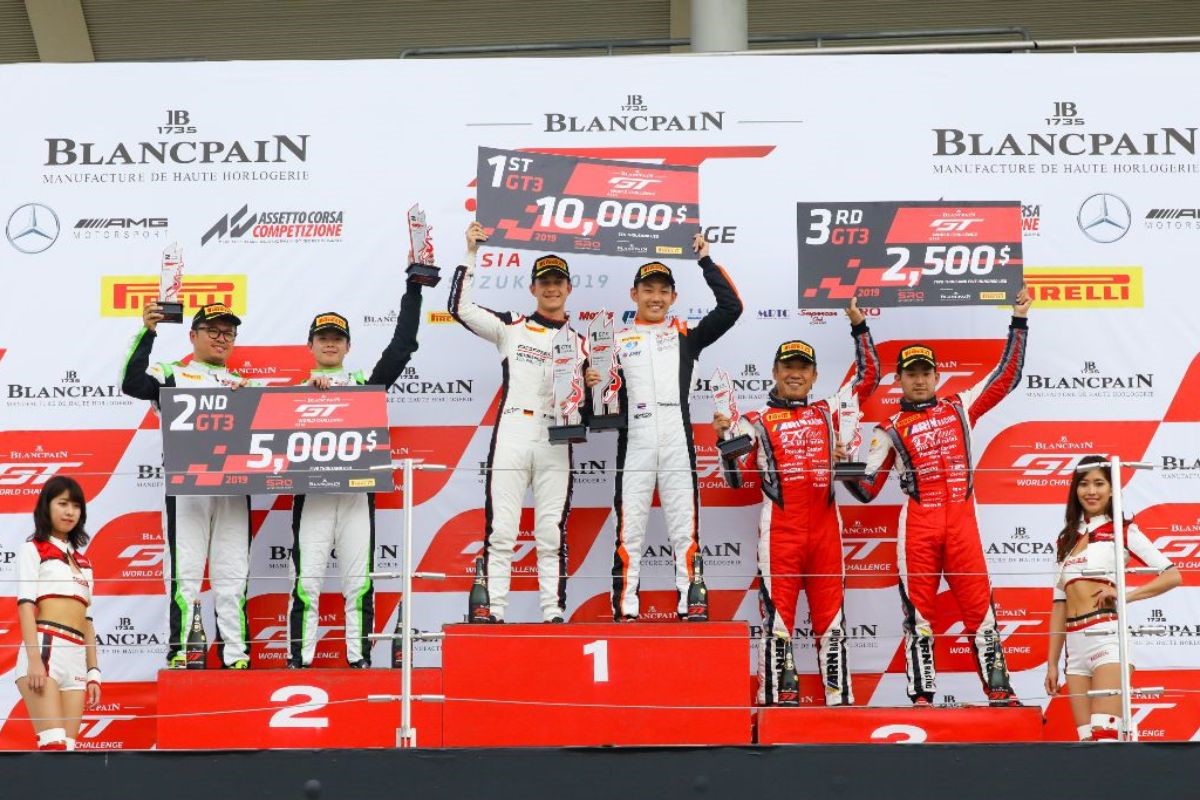 The Porsche 911 GT3 R locked out the overall podium in race one as Porsche Carrera Cup Asia duo Tanart Sathienthirakul and Philipp Hamprecht took their second victory of the season onboard the #911 car, leading home an Absolute Racing 1-2 ahead of Yuan Bo and series returnee Leo Ye.

Sathienthirakul/Hamprecht overcame their 15-second success penalty on Sunday to take a further win in the Silver class, giving them the lead in both the overall and Silver GT3 drivers’ championship and aiding Absolute Racing in extending its teams’ championship lead to 104 points.

The #912 performed similarly well despite its 10-second success penalty, coming within two seconds of the overall victory in sixth.

Storming up from ninth on the grid, ARN Racing scored its best series result in its home race, with 2017 Super Taikyu champion Hiroaki Nagai and 2019 Porsche Japan Junior Yuta Kamimura scoring the Pro-Am win and overall podium on Saturday.

Fabien Fior, Absolute Racing Team Director: “It’s been a really good weekend for the team, and it could have been even better had the safety car not deprived us from another overall win in race two. Still, we are now leading the GT3 teams’, the Silver Cup and the Pro/Am classifications. It’s our best start to a season ever and all the cars have been reliable. I’m very happy ahead of the next race in Fuji.”

Philip Hamprecht, #911 Absolute Racing: “This has clearly been an excellent weekend for the team. On Saturday we put the oldest tyres there were left from qualifying because we had a pace advantage. I tried to control the race, lost some time in the end but we won anyway. In race two, it was a bit difficult during my stint because the two drivers in front were on new tyres. I could keep the pace in the first four laps but after I had to look after the tyres. Tanart did a great stint and we managed another podium.”

Tanart Sathienthirakul, #911 Absolute Racing: “All in all, it’s been a very strong race weekend. On Saturday we took all the chances there were. Before the pit stop I didn’t know where we were so I’m super happy with the result. On Sunday we had a 15-second pitstop success penalty but still managed to score a podium, which is really good for the championship.”

Leo Ye, #912 Absolute Racing: “This was my first time driving with Yuan Bo and I am delighted to be on the podium as a professional Chinese Silver-Silver line-up. Unfortunately, we did not have a good starting position in race two, because in qualifying we never had a clean lap as it was hard to overtake the Pro-Am cars. Although we did not perform to our maximum potential in race two, we still brought the car home successfully in sixth overall. I want to say thanks to my team-mate, who did an amazing job during the whole weekend.”

Yuan Bo, #912 Absolute Racing: “I’m really glad to have finished on the overall podium in race one, it’s a great reward for the team who worked unbelievably hard to make it happen. I’m looking forward to our next race in two weeks’ time in Fuji.”

Vutthikorn Inthraphuvasak, #918 Panther/AAS Motorsport: “It’s been an excellent weekend. I think I had a quite good start in race one and my pace was consistent. I decided to not take any risk as I needed to score points. The second race was a bit frustrating with two safety car periods. We didn’t have many actual racing laps, but we still brought the car home competitively.”

Marco Holzer, #918 Panther/AAS Motorsport: “Overall it was a great weekend. My job was to help Vutti score as many points as possible for the championship and we had two impressive races. We were a little bit unlucky with the safety car but still came second overall. The team did an amazing job the whole week and driving this track was amazing.”

Alexandre Gibot, Head of Porsche Motorsport Asia Pacific: “We are very happy for our customers who had a successful weekend in Suzuka. The Porsche 911 GT3 R performed and at this point our customers lead the overall, Silver and Pro-Am championships as well as the teams’ standings. Our congratulations to each of our clients for their efforts at Suzuka. It’s only two weeks until the next round at the Fuji Speedway, so hopefully we will keep up this momentum.” 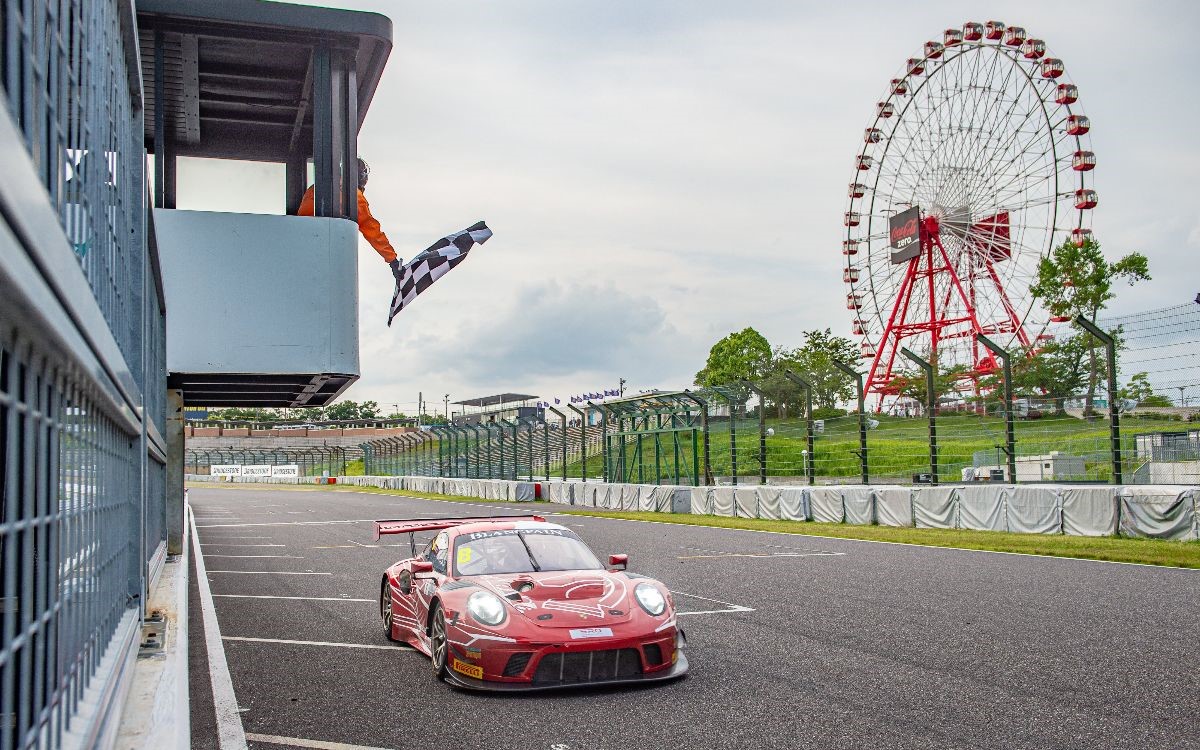 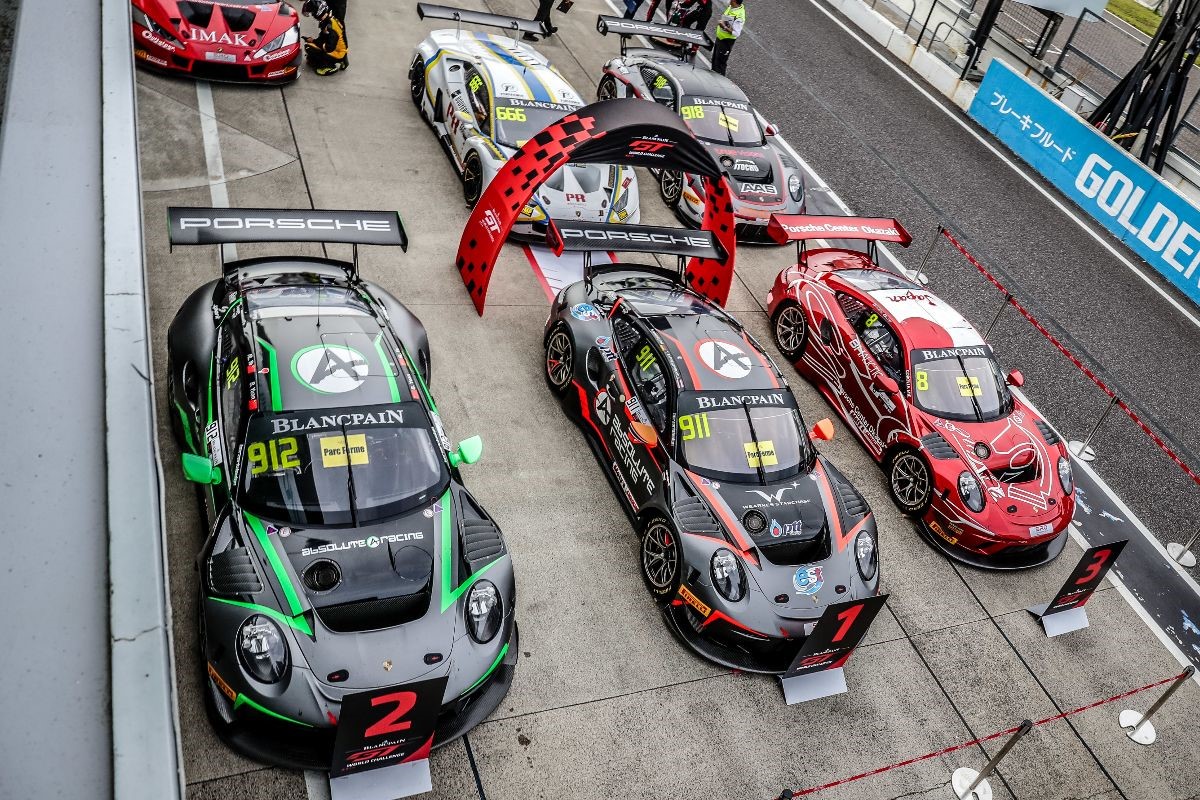