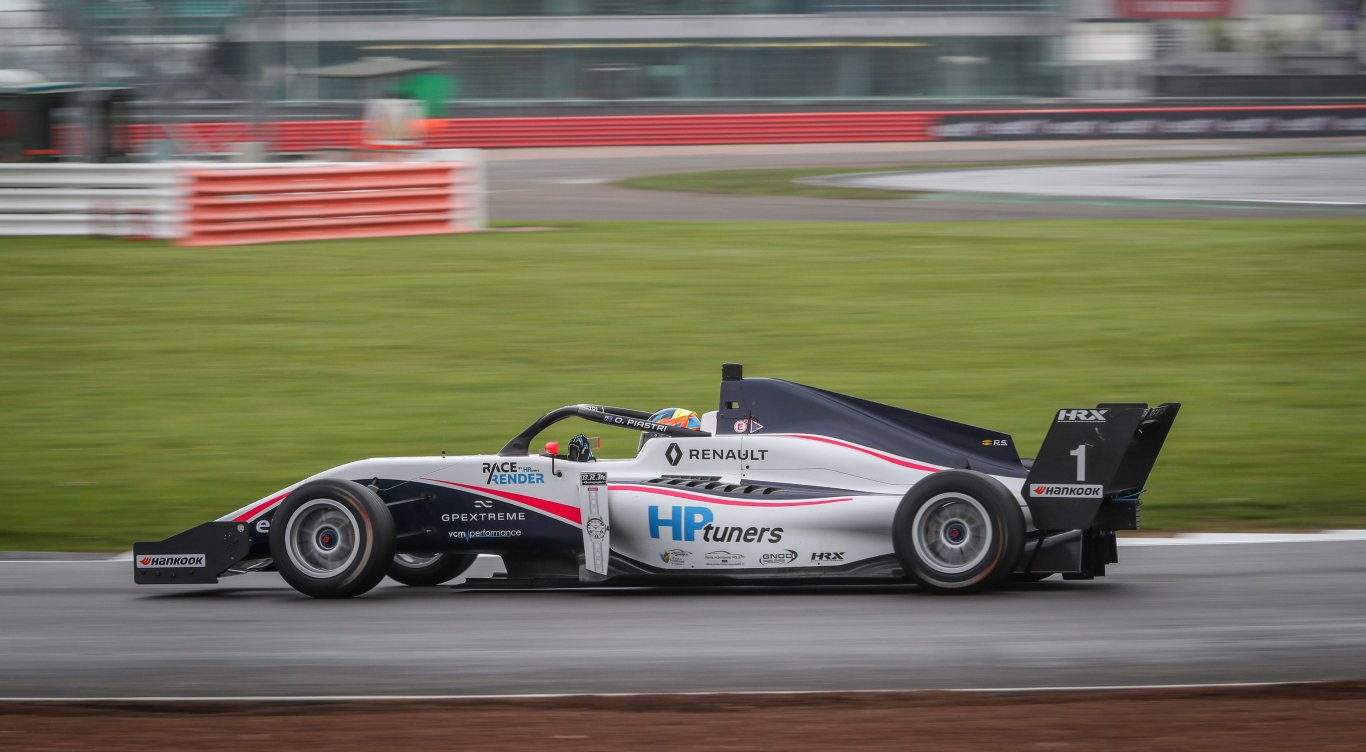 On Thursday, the competitors had four 50-minute sessions to find their marks on the Silverstone circuit. On a progressively drying track surface throughout the day, Kush Maini (M2 Competition) set the pace with a lap of 1:57.724s in the final session. The Indian driver was followed by Oscar Piastri and Alexander Smolyar.The first collective test Friday morning was run in wet conditions. Ugo de Wilde, Leonardo Lorandi (JD Motorsport), Alexander Smolyar and Oscar Piastri each led the way until the Belgian driver went to the top of the timing screen in the final 15 minutes.

Improving to 2:08.290s as the chequers waved, the rookie led from Oscar Piastri, Alexander Smolyar, Victor Martins (MP Motorsport) and Lorenzo Colombo (MP Motorsport).The slick tyres were back in use in the afternoon. The R-ace GP and M2 Competition drivers swapped the top spot before Oscar Piastri took over. With ten minutes remaining on the clock, João Vieira (JD Motorsport) began the final sprint before an immediate response from Oscar Piastri in 1:57.762s. The Australian concluded the day at the sharp end of the order ahead of Ugo de Wilde and Alexander Smolyar. João Vieira and Kush Maini completed the top five.

Tomorrow, qualifying 1 will take place at 9:00 local time. The first race of the weekend will start at 13:30.

Oscar Piastri (R-ace GP): “Since Thursday, we have been regularly up front in all conditions. Our time this afternoon was no fluke and I am confident heading to qualifying. I hope to do the same tomorrow, but I am sure our rivals will find a little more speed than they had today. It would be great to continue the team’s streak at Silverstone, so I hope that we are just as fast as they were last year.”

Ugo de Wilde (JD Motorsport): “Following a difficult Thursday, the debriefing with the team was extremely constructive because we had an excellent Friday. I think we still have plenty of room for improvement, but the conditions could be variable. Like at Monza, we will evaluate all the strategy options to do something in qualifying. My win in Italy was a perfect start to the season. Like all success, it is a confidence boost, but we must remain cautious and continue our analysis process to constantly progress… It is going in the right direction so far!”

Kush Maini (M2 Competition): “It is good to head into qualifying having turned the fastest lap over the two days, but I think I could have clearly done better today. I was aiming for the top three, so I am a bit angry to not have been able to give it 100%. Despite this, we tried some different things and I like this circuit. We will analyse everything tonight and tomorrow is another day. I am sure that we will run up front if we can put it all together.”