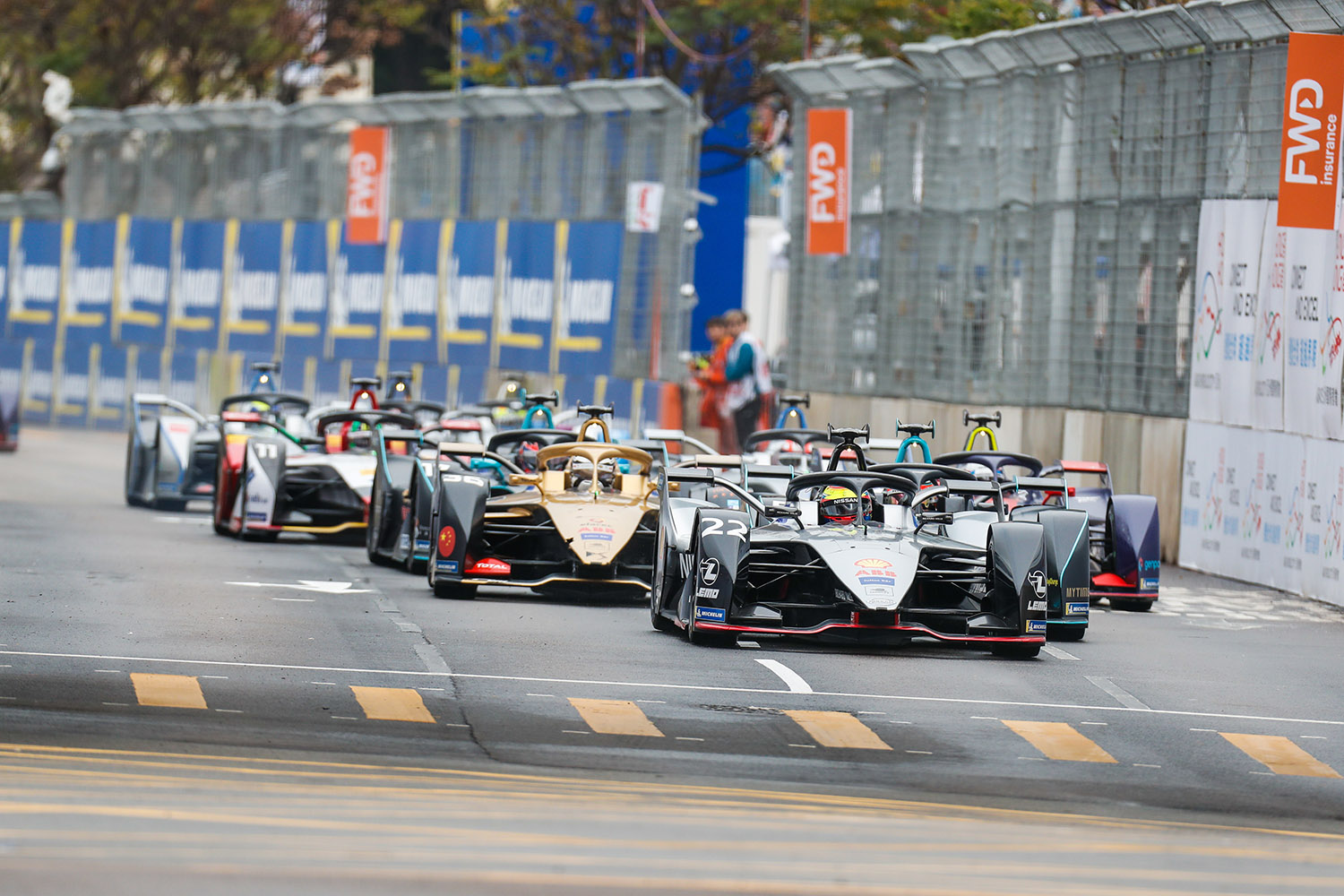 Edoardo Mortara inherited his first-ever Formula E victory in Hong Kong after Sam Bird was handed a time penalty for causing a collision with Andre Lotterer on the penultimate lap.

Bird and Lotterer were locked in a race-long duel, with seconds separating the pair throughout the duration of the entire E-Prix. As the clock counted down, Bird made a lunge for the lead into Turn 2 and made contact with the rear of Lotterer.

Despite the hit from behind Lotterer held position and managed to keep Bird at bay, but Lotterer soon started to slow after suffering a puncture from the earlier contact – leaving him limping home and eventually coming to a stop out on track.

This allowed Bird to swoop in front and take the chequered flag. However, Bird was later denied his second victory of the season after being issued with a five-second penalty – dropping him to sixth position.

Mortara is therefore elevated to first place – marking a maiden win for the Swiss driver and a first victory for VENTURI Formula E Team. Mortara progressed up the field from sixth on the grid to claim his second consecutive podium finish on the road – with a third-place last time out in Mexico City.

It was another Venturi-powered car that led away from the front, with Stoffel Vandoorne setting the fastest lap in wet conditions to secure Julius Baer pole position and get HWA RACELAB off the mark with three points.

Vandoorne maintained the trend this season of no driver converting pole into victory – again highlighting that nothing is a given in Formula E. With damp patches and puddles out on track, Vandoorne was beaten off the line by Oliver Rowland. But it didn’t last long as Rowland briefly slowed and dropped down the order.

Bird jumped to the head of the pack, however soon relinquished the lead to Lotterer after locking-up in the slippery braking zone of Turn 2. Proceedings were brought to a standstill after a coming together between Felipe Nasr and the two MAHINDRA RACING drivers.

Nasr – who was struggling to slow the car with damaged bodywork – went into the wall at Turn 2, with Pascal Wehrlein and Jerome D’Ambrosio close behind and following him to the scene of the accident. The red flag halted running in order to clear the cars and the race later restarted behind the BMW i safety car.

With changes to the classification, Lucas di Grassi was promoted to second and Bird’s team-mate Robin Frijns rounded-out the podium places for Envision Virgin Racing. Despite losing out on maximum points, Bird moves to the top of the standings – with an extra point for fastest lap.

With yet another different winner and only two points between the top-four drivers, Formula E returns to mainland China for the inaugural race in Sanya – round six of the ABB FIA Formula E Championship on March 23.

“The result today is fantastic. Fourth in Santiago, third in Mexico, now my first victory in Hong Kong! I’m so proud and finding out that I had won was an incredible feeling for me. The race was awesome, and I’ve had a wonderful weekend – historically racing in Asia brings me so much luck. Honestly, I’m over the moon and I couldn’t be happier. The team has done a brilliant job, they put in all the hours and pull out all the stops. This result is a tribute to their hard work. This result is for them – I know that it will motivate them even more and I can’t wait to get back out on the track.”

“Sometimes you have to race with your head, not with your heart and today I had to do that. I had a bad start not because of anything, but because I chose the wrong path and I was overtaken by Sam and Edo. If you go flat out, the only way to overtake is to force your way through and when you do that there are risks of crashing and penalties, so I tried to wait for Edo to make a mistake in the last two laps. He didn’t and then for me it was impossible to overtake. So we had to calm down and collect the points.”

“It’s been a mixed day with the ever-changing conditions and our first wet race. We got unlucky in qualifying, meaning I started the race in P10… but having multiple safety cars and using my ATTACK MODE at a different time to most of the other drivers allowed me to make my way forward during the race.”