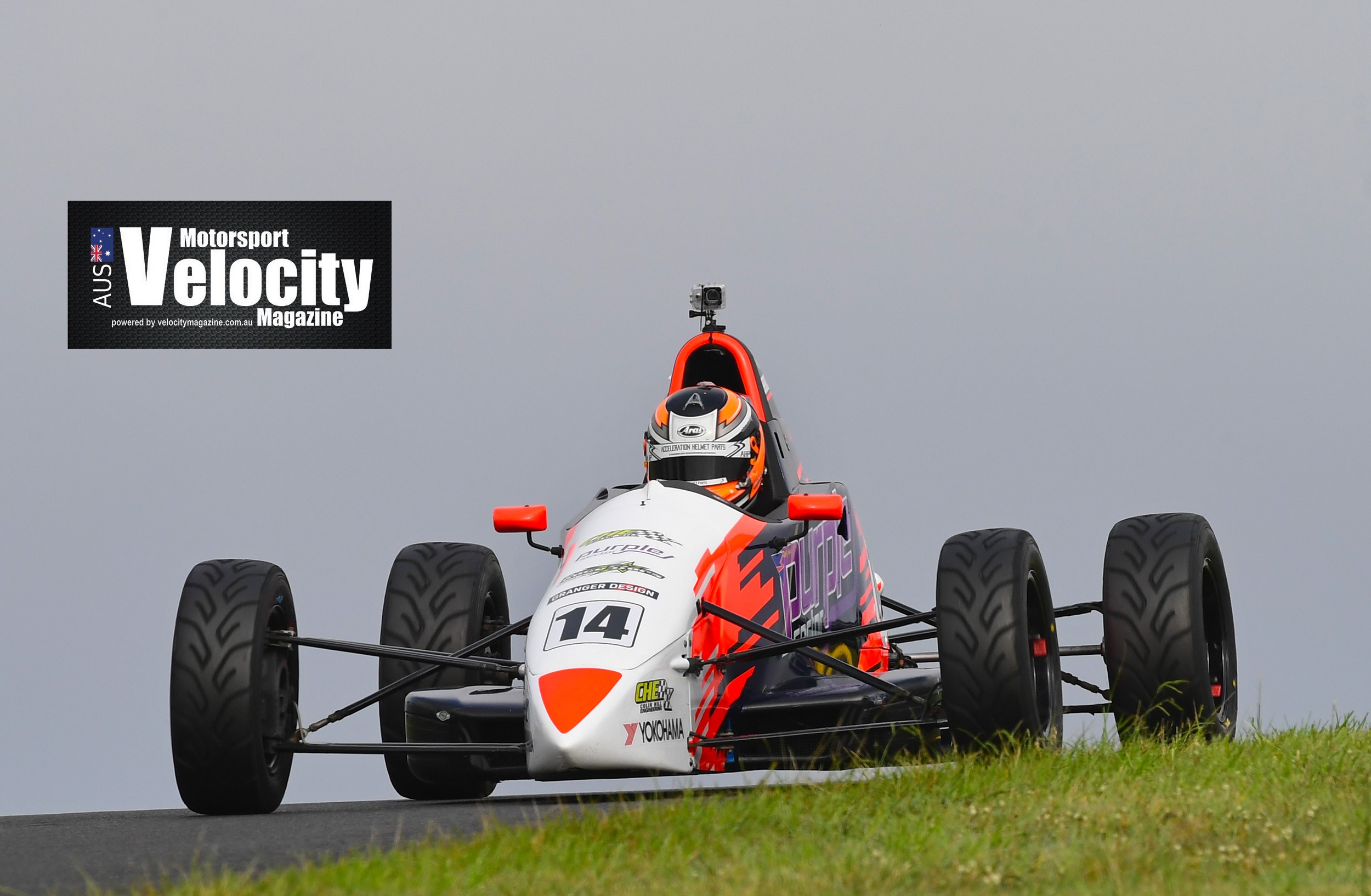 Lachlan Mineeff says he is focusing on the positive aspects of the first round of the Australian Formula Ford Championship at Sydney Motorsport Park on the weekend, after recording a mixture of results.

Mineeff qualified his Purple Sector Mygale in fifth position, and was battling amongst the lead pack before contact with another car saw him falling to ninth. To rub salt into the wound, Mineeff was handed a post-race time penalty for the incident, relegating him to 13th.

SEE OUR PHOTO GALLERY FROM THE FORMULA FORD EVENT HERE

Due to unforeseen circumstances, Race 2 was shortened from the original nine-lap distance to just five laps; despite the reduction in length, Mineeff was able to work his way up to eighth position, setting lap times comparable with the race leaders.

Mineeff made further improvements in Race 3, progressing to fifth position.

The Southern Highlands driver said he can take comfort from his pace over the weekend.

“The weekend started really well – practice on Friday was held in mostly wet conditions, but we were still able to find a balanced setup for qualifying in the dry on Saturday morning and the car was fast,” Mineeff said.

“To be honest, the race results were not what I hoped for after qualifying fifth, and I’ll put that down to my own mistake in Race 1.

“Because Formula Ford is such a competitive category, it can be difficult to recover if you have a setback early in the weekend, so I’m pleased that I was able to race back into the top five by the end of the weekend.

“The CHE Racing Team have set up some fast cars this year, and I was really happy for my team-mate Tom Sargent, who won the round.

“There are some things for me to work on before our next event, and I’m ready to keep learning and improving.”

Mineeff’s focus now turns to the Bathurst 6 Hour on the Easter Long Weekend, where he will share a Toyota 86 production car with Sargent.

“The 6 Hour will be a very different style of event to the short Formula Ford sprint races, and I’m really looking forward to switching into endurance mode,” Mineeff said.