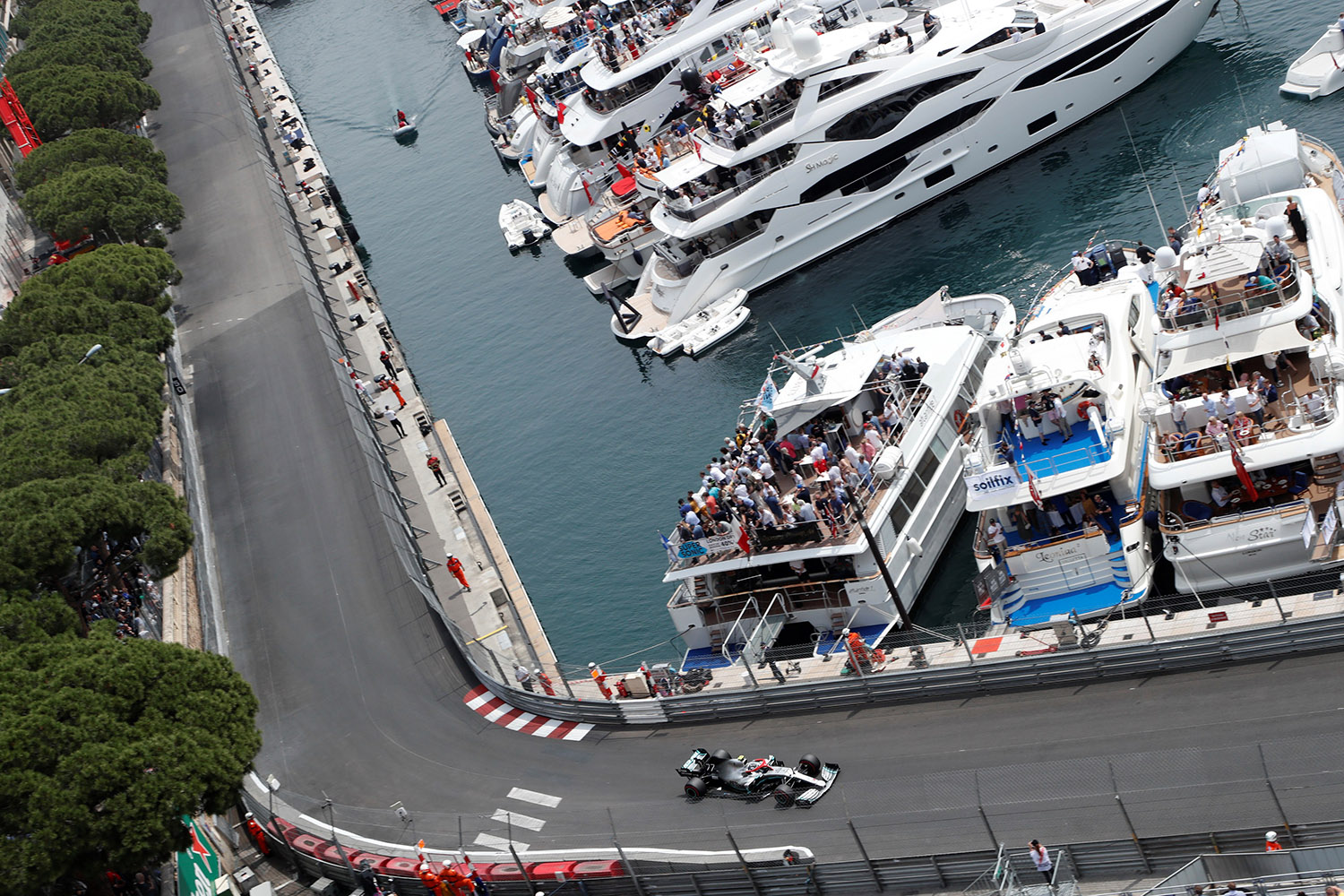 Lewis Hamilton and Valtteri Bottas completed another Mercedes lock out of the front row with the two fastest Q3 times at the Monaco Grand Prix, while a tactical error from Ferrari saw Charles Leclerc, the fastest driver in P3 eliminated in the first phase of qualifying. Daniel Ricciardo enjoyed his best qualifying session to date with the Renault to claim 7th which became 6th when Pierre Gasly was handed a grid penalty.

Sebastian Vettel struggled for most of Q1 as he came to grips with his hastily repaired Ferrari after his crash in FP3 and made contact with the barriers at the swimming pool. He left it to the final seconds to move to the top of the time sheets. Leclerc, who had been brought in by the team could only watch from the garage as Norris, Vettel, Hulkenberg and Albon all bettered his time in the closing moments of the session.

Max Verstappen topped the times in Q2 from Bottas, Hamilton and Vettel, while Carlos Sainz and Daniel Ricciardo waited nervously in their garage as the Alfa Romeos, Hulkenberg Grosjean and Norris completed their final laps. Sainz scraped through to Q3 in 10th with Ricciardo one place better. Grosjean was furious with Vettel who suddenly slowed during the session as he prepared for a fast lap.

Bottas, Hamilton and Verstappen held the top 3 places after their first qualifying runs, Bottas‘ 1.10.252 some 4tenths up on Verstappen in 2nd. Vettel glanced the wall for a third time in his final run but still managed to record the 4th fastest time. A personal best in the second sector helped Hamilton to leapfrog his teammate for pole position with a new track record time of 1.10.166. Kevin Magnussen pipped Daniel Ricciardo for 6th in the dying seconds, while Kvyat, Sainz and Albon rounded out the top 10.

“This is definitely one of the best poles I can remember,” said Hamilton. “We have had a lot of success over the years but I can’t remember one that means as much as this one. It has been such a difficult week for the whole team, and personally it’s been a difficult weekend.“To have a cloud over us this weekend, we have tried to lift each other up and tried to deliver for Niki. P1 and P2 was good for me. Then the car didn’t feel as good for me today. I have been throwing the car around, and I was struggling to get a first lap time out of tyres, so I did a prep lap. The timed lap wasn’t very good, so I pushed on the first lap of my final run. I was just throwing the car around and I’m pretty sure I touched a couple of barriers along the way. There is no better way around Monaco.”