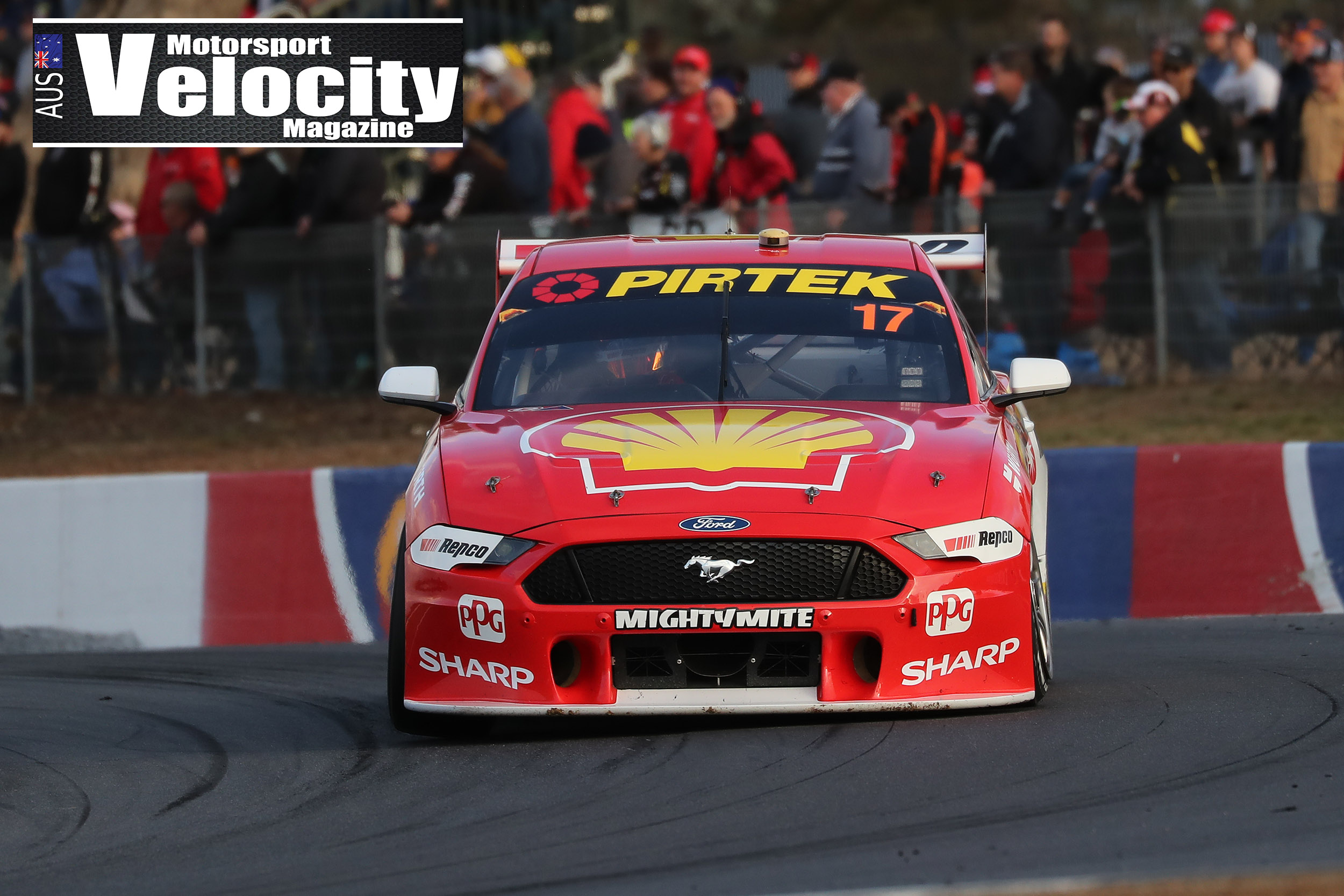 Scott McLaughlin emerged victorious in race 13 of the 2019 Virgin Australia Supercar Championship from Chaz Mostert and David Reynolds. McLaughlin’s race looked to be compromised when contact with teammate Fabian Coulthard saw the two DJRTP Mustangs fly off the circuit at turn 5. While Coulthard followed the outskirts of the circuit and rejoined down the field, McLaughlin complied with the Supercars briefing notes and returned to the track ahead of the field at turn 8. McLaughlin immediately gave track position back to James Courtney and David Reynolds to slot into 3rd place.

McLaughlin came under some scrutiny despite having complied with the Supercar rules, yet found an ally post race with Reynolds.

“You wouldn’t be the first to day that,” quipped Reynolds to McLaughlin during the post race media conference in reference to a race win Reynolds achieved in similar circumstances.

Scott McLaughlin explained that his decision to rejoin at turn 8 was based on the safety of fellow competitors and not personal gain. 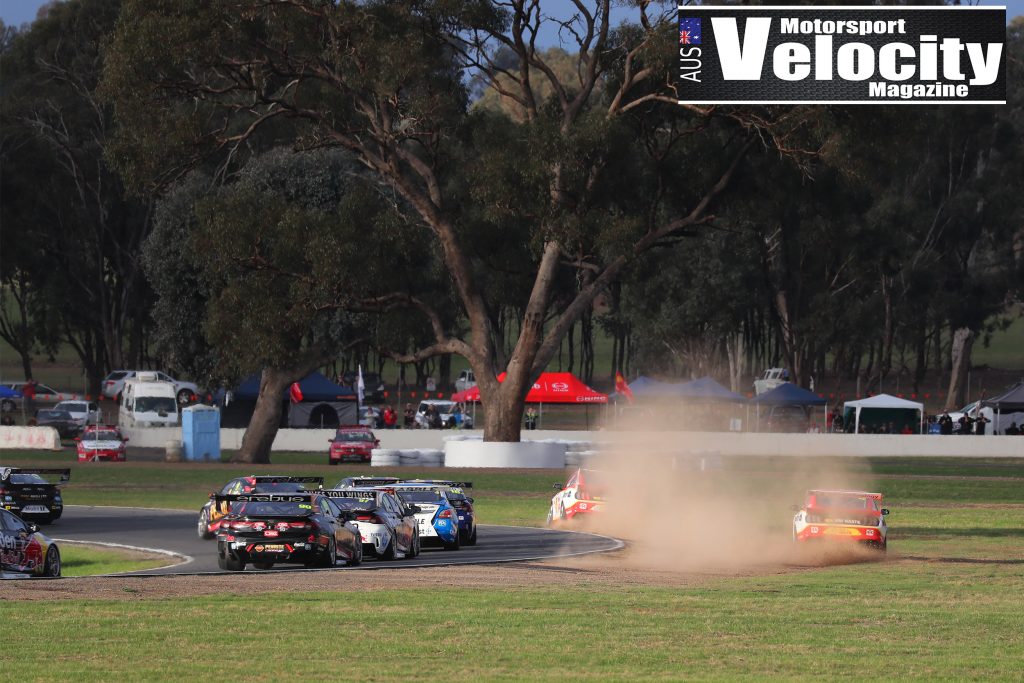 SEE ALL OF VELOCITY’S PHOTOS FROM WINTON HERE

“I got up the outside of Fabs, got hit and yeah across the grass,” McLaughlin said at the post race press conference. “The ditches are a big problem, by the time I gathered it up Courtney and the other had turned the corner and I didn’t wan to go against the field, it was a split second decision,” he explained.

Coulthard and Mostert ran side by side towards turn 1 at the start of the race. The pair made contact a number of times as they jostled for the lead. The result eventually went in favour of the Shell V-Power Mustang when Mostert slid out into the marbles at turn 2. Fabian Coulthard and James Courtney capitalised on the contact to snare the top two positions as the field headed towards turn 3, while Reynolds also gained a place as Mostert struggled for grip.

The lead group continued to lean on each other as they ran towards turn  5. McLaughlin looked to regain a place from teammate Coulthard only to spear off the track after contact between the pair. Coulthard was later given a 15 second penalty for the incident.

“I thought it was my corner,” explained McLaughlin later. “Once you turn in you’re gone with all that momentum. I’m pretty sure I won’t get any texts from America tonight.”

Courtney looked to put the recent WAU woes behind him and looked comfortable at the head of the field, though David Reynolds was soon on Courtney’s rear bumper and looked for a way past. Reynolds took the lead on lap 2 with an aggressive pass which saw Courtney run wide at the exit of the corner and drop two places to McLaughlin and Mostert. Mark Winterbottom and Garry Jacobson ran inside the top 5 during the early stages of the race but tumbled down the order after the pit stop cycle had ended.

Further down the field, Simona De Silvestro and Richie Stanaway made contact at the final turn with De Silvestro spun ninety degrees to the track and then pushed towards the inside of the circuit as the Boost Mobile GRM Commodore’s nose became firmly wedged against the side of the Harvey Norman Nissan Altima. Stanaway, who was lucky to escape seemingly unscathed fro a high speed impact with the tyres at turn 7 in the final practice session, was given a time penalty for the incident. He later announced that he had withdrawn from Sunday’s race 15 with an aggravation of a recent neck injury.

McLaughlin took the race lead after the pitstop cycle with a handy gap to Mostert and Reynolds. Mostert closed the gap over the final stages of the race but was unable to make an effective challenge for the lead. James Courtney recovered to finish 4th just behind Reynolds.