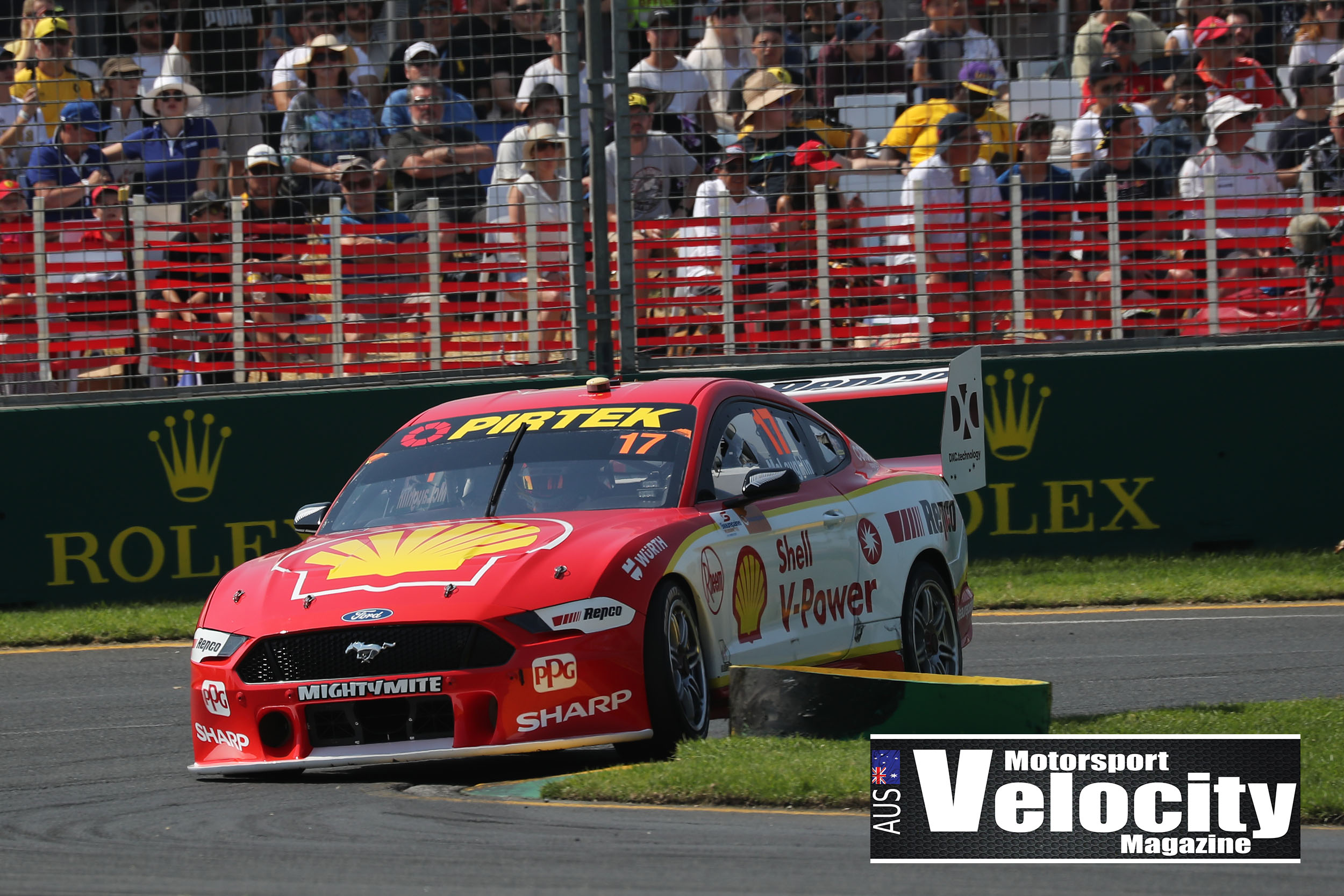 RECAP: The final race of the Beaurepaires Melbourne 400 saw Scott McLaughlin start from second and Fabian Coulthard from eighth.

Both drivers got excellent starts, with McLaughlin slotting into the lead, and Coulthard into seventh. Coulthard made a minor error at turn 11, locking a brake and running wide which allowed Shane van Gisbergen to pass, setting off a chain of events that saw Van Gisbergen make his own errors –  firstly at Turn 11 and then again at Turn 13. This forced Fabian off track, and down to 21st position.

On lap five a Safety Car was called when Macaulay Jones ended up in the turn six wall, with the race restarting on lap seven. At the restart, McLaughlin jumped to a half-second lead.

Coulthard was up to 19th by the end of the lap, when it was announced that Van Gisbergen had received a 15-second penalty for his earlier infringement on Coulthard. He continued to make moves, and was 17th at the end of lap eight. McLaughlin’s lead was just under one second at that point.

Coulthard had great pace and a strong car, moving up to 16th, that became 15th when Van Gisbergen’s penalty was applied. McLaughlin continues to lead the points, by 31 over Jamie Whincup. Coulthard is sixth, 130 behind McLaughlin. The team leads the teams points by 106. 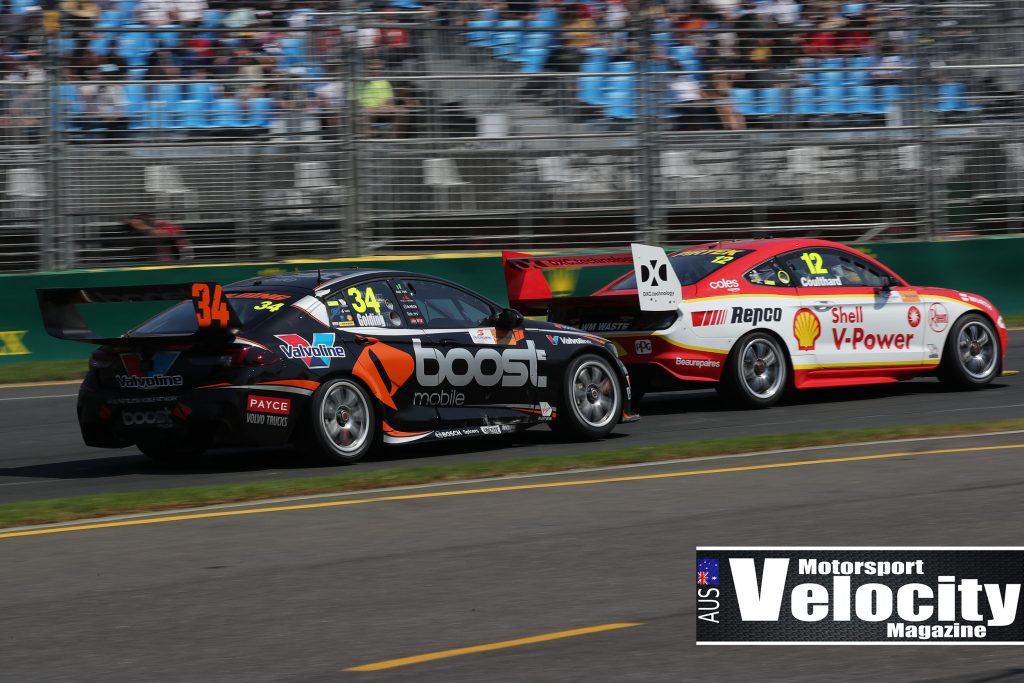 COULTHARD QUOTE: “That’s a pretty bitter pill to swallow today, as we had a seriously fast car and weren’t able to get the result due to other’s desperate driving. The car hasn’t been where I really wanted it this weekend, however the team have worked hard to get it right and we got there today. Again we’re robbed of a good result due to circumstances outside our control. Looking at the positives, we’ve gained lots of positions in the Drivers’ title and we lead the Teams’ points by a decent margin. We’ll be aiming for the W at Tassie in a few weeks’ time.”

MCLAUGHLIN QUOTE: “It was a good day, obviously better than yesterday! Today it was all about the start up against Chaz, and I got a good one. I had a fast car, and I was really having to push hard, especially after the Safety Car restart. It was a good battle, and I’m really looking forward to the rest of the year. I knew what I needed to do, and was able to execute so it was really pleasing. We had the fastest cars all weekend, so it’s nice to take the last win of the weekend.”