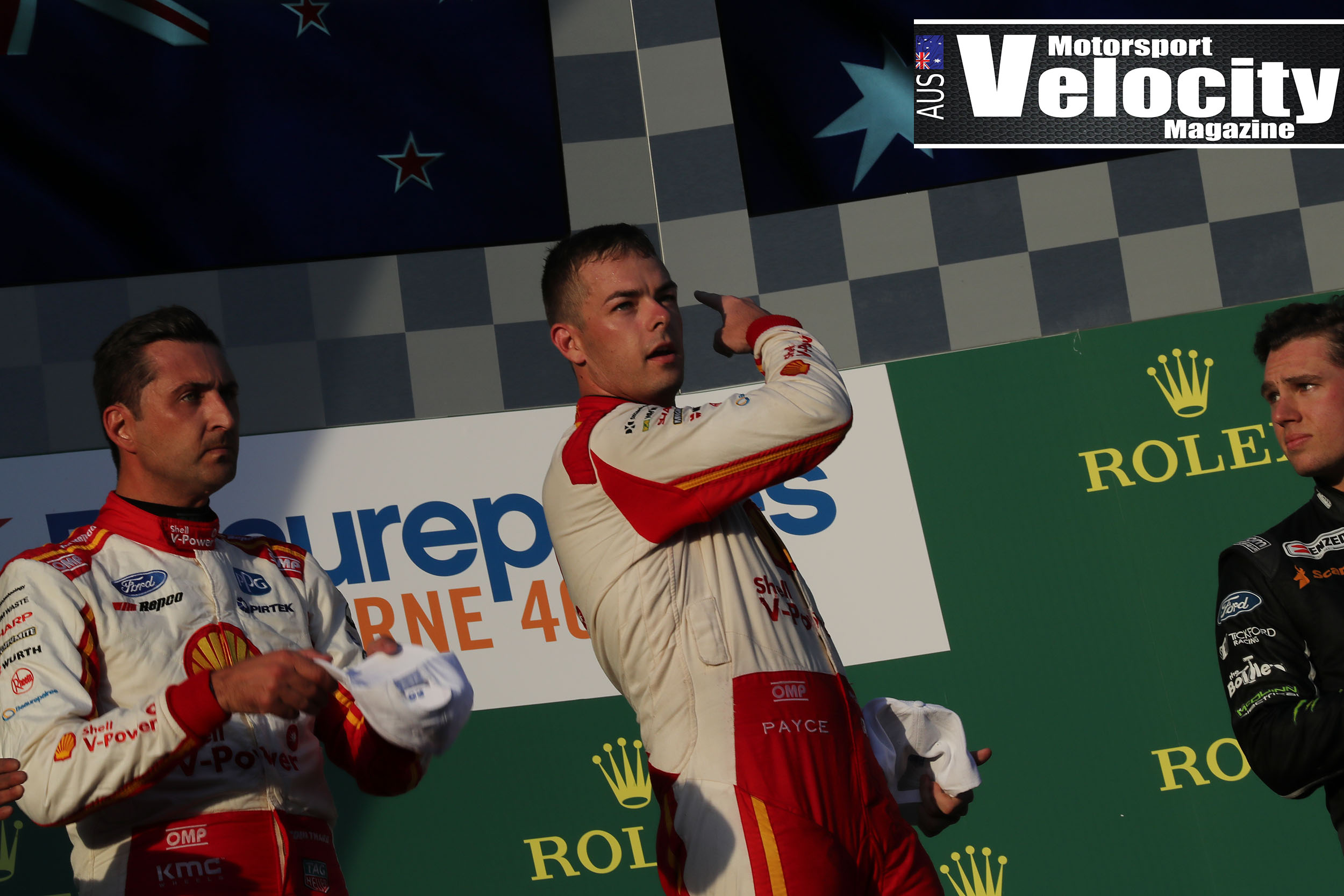 RECAP: The final two qualifying sessions of the weekend were held first up this afternoon, with Scott McLaughlin taking his 50th career pole for the start of Race 5 . He then backed it up with second place for Race 6. Coulthard will start the races 5th and 8th respectively.

The first race of the weekend was held in the early evening, starting just before 6pm.

Both drivers got strong starts off the front row of the grid, skipping out to a half second lead by the end of lap one. McLaughlin, Coulthard and Cameron Waters started to move away from the field on lap two, forming a trio of Mustangs at the head of the field.

At the start of lap four McLaughlin was out to a one-second lead over Coulthard, with Waters a further second behind, and by lap seven the gap between McLaughlin and Coulthard was 1.9s, with Waters steady one-second further back. The gap was then 5.3s to Van Gisbergen’s Holden in fourth.

Coulthard pitted from second on lap 11, taking fuel and tyres, rejoining in 14th, first of those who’d stopped to date. At that stage, McLaughlin had a gap of 4.7s to Waters on lap 12, before pitting on lap 13 from the lead. He rejoined as effective p1, with Coulthard effective p2.

With all cars having stopped on lap 15, McLaughlin returned to the lead with Coulthard p2. From that point on McLaughlin and Coulthard managed the pace, with over 2.7s back to Waters on lap 20.

Van Gisbergen’s car expired at the exit of turn one on lap 22, leaving Mustangs as the Top 5 on the road. The two Shell V-Power Mustangs crossed the finish line first and second, four-seconds in front of third-placed Waters.

Both drivers dedicated their efforts to their New Zealand countrymen after the terrible attacks in Christchurch earlier today.

McLaughlin continued his perfect start to the season, with 400 points and the continued Championship lead. Coulthard has moved into ninth place, with the team at the top of the Teams’ Points.

COULTHARD QUOTE: “Awesome to finish 1-2 for Shell V-Power Racing Team this afternoon. That was special to stand on the podium with Scott and hear the NZ National anthem play. It’s been a dark day for our country today, and we raced today in their honour. Our thoughts are with everyone in Christchurch. This result is for them.”

MCLAUGHLIN QUOTE: “Fabs and I are from New Zealand, and I’m originally from Christchurch. We heard about what had happened after qualifying, and it was a pretty big shock to the system. Just hearing the New Zealand anthem was pretty special and gave me goosebumps. I’m sending big love to everyone over there. It’s a small town, it’s hard to believe something so bad could happen there. That win was for New Zealand. Stay strong everyone.”