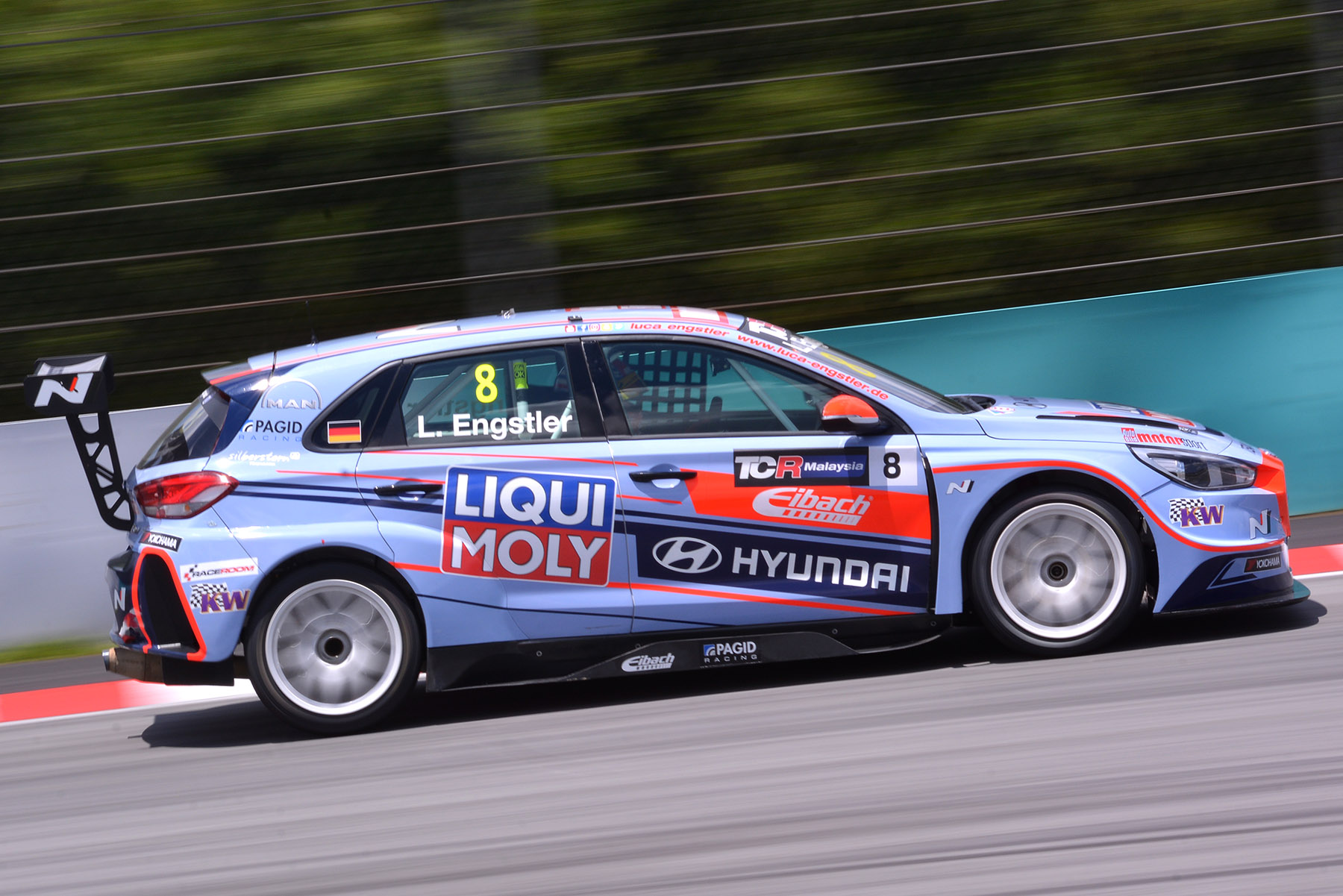 Sepang International Circuit will play host to the opening round of the TCR Asia Series for the fourth time in its five year history, the ‘home’ base for the popular regional series presenting an impressive field of entries with a number of star performers included in the entry.

Two names perhaps stand out amongst the entrants for Sepang – reigning champion Luca Engstler, and the man who holds the mantel as the youngest ever winner of an FIA event (WTCC 2013) and a nine-time winner of TCR competition at the highest level, Spaniard Pepe Oriola.

Both will campaign Hyundai i30N TCRs, Engstler for Liqui Moly Team Engstler, the team for whom he claimed the 2018 TCR Asia Series title, and more recently – the inaugural TCR Malaysia title – whilst Oriola will join Solite Indigo Racing, the Korean team that claimed the TCR Korea title in their last year.

Reigning TCR China drivers’ champion Alex Hui, a driver with immense experience in touring cars and a former China Touring Car Championship [CTCC] winner returns to TCR Asia, the TeamWork Motorsport regular campaigning an Audi RS3 LMS TCR alongside team-mate David Lau, the 2017 Renault Clio Cup champion having past experience in TCR competition in both TCR Malaysia and in a number of endurance races across Europe over recent years.

Liqui Moly Team Ensgtler will field a pair of Hyundai’s with Luca Engstler joined by 2018 TCR Germany team-mate Theo Coicaud, the Frenchman returning to Sepang after joining the TCR Malaysia field for a tough opening round in January, whilst in Volkswagen Team Oettinger guise, the German-based team will field an additional three Volkswagen Golf GTis.

Multiple TCR Asia Series winner Diego Moran will return to the wheel of the #23 entry for his third season, hopeful to convert his well recognised pace into more victories, whilst new Sepang Circuit supported rising star Adam Khalid will be looking to display more of the speed he’d shown during a cameo appearance in TCR Malaysia earlier in the year. It was that speed which earned him his sponsored ride in the #4 Volkswagen for his TCR Asia Series debut.

The duo will be joined by Germany’s Roland Hertner, a long-time member of the Liqui Moly Team Engstler operation, and a driver with more than 20 years experience in both Production Cars and Touring Cars.

Experienced Asian campaigners Eurasia Motorsport will make their TCR Asia Series debut with rising Filipino star Daniel Miranda, the 23-year old having experienced time in both Production Cars and open-wheelers, the Eurasia team convinced that his time in Formula Renault will mark the youngster as one to watch during his maiden TCR Asia Series season.

On the eve of the opening round, Eurasia added a second star to their lineup, with CTCC regular Huayang ‘Zack’ Gao joining the new Hyundai operation, a lineup which should reap great rewards with a rising star driving alongside an established Touring Car campaigner.

TCR Asia Series veteran Douglas Khoo returns with the iconic Viper Niza Racing Cupra TCR, the Malaysian favourite having come off a strong run in the maiden season of TCR Malaysia, a championship which saw him running amongst the front-runners, his highlight – out-qualifying runaway champion Luca Engstler in the final race of the season on outright pace. He will be keen to carry that experience over to his fourth season of TCR Asia and could be the surprise package in the 2019 field.

Joining Khoo for the Spanish marque will be TCR Thailand regular Jakraphan Davee, the Alpha Factory Racing Team by Pulzar driver looking to gain more valuable miles in TCR Asia after a number of cameo appearances over recent years, drives that delivered impressive performances at home in both Bangsaen and Buriram.

Also entered on the card is a team who are returning to TCR Asia for the first time since the 2015 season, a season in which Michael Choi claimed the inaugural title for Prince Racing, he and long-time team-mate Kenneth Lau will return in a pair of Honda Civic FK7 TCRs following on from a successful campaign in TCR Malaysia.

The 2019 event begins with pre-season testing at Sepang Circuit ahead of official practice on Friday 5 April, then qualifying on Saturday ahead of the opening 30-minute race, then the second round on Sunday morning.