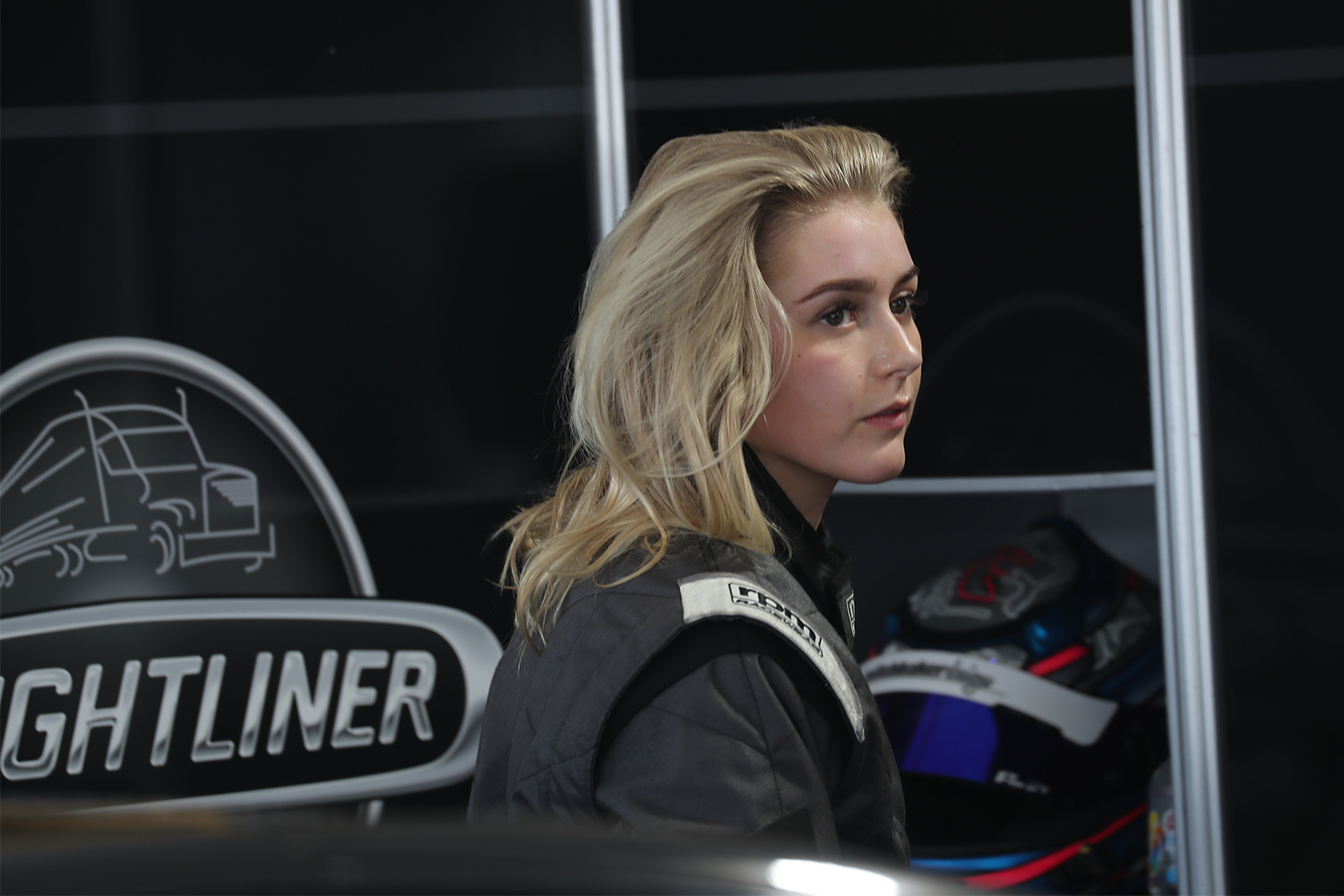 HALF PRICE PARTS Velocity Magazine media Driver Madeline Stewart heads to Winton for the second round of the 2019 Super3 season with more confidence on the back of her successful circuit racing debut at the WD-40 Phillip Island Supersprint last month with Brad Jones Racing (BJR).

“I am really looking forward to the second round of Super3,” Madeline told Velocity Magazine. “Winton is quite different to the fast flowing Phillip Island track. We don’t even use 6th gear there. I expect the racing will be even closer than it was at Phillip Island and I really want to be a bit more in the mix this time.”

The rural Victorian venue is the home track for BJR and is a layout with which Stewart is more familiar.

“Winton is BJR’s test track so I’ve done some practice days there before the start of the season,” she explained. “We also had a test day at Winton last Tuesday before BJRs Supercar test and it was really good to get some time back in the car before we go racing again. I felt more comfortable in the car than I have before.”

“We had two big areas to work on at Phillip Island, one was my starts,” Stewart admitted. “I lost a lot of ground off each start which meant my race results did not reflect my pace. My practice starts at Winton were the best I’ve done so I’m hoping I’ll be able to replicate them in the races.”

“The other issue was one of race craft. I quickly learnt that racing a car is quite different to a kart. I talked with Brad Jones after Philip Island about passing techniques and how to set up an opportunity to do so. I’ve also been watching some old Supercars races at Winton so hopefully, I can improve in that area as well.”

There is a different feel for Madeline Stewart as she prepares for her second race meeting in the Super3 category and the expectations she has placed on herself for the weekend.

“I think I learned a lot racing at the first round Phillip Island,” Madeline explained. “That learning has translated into more confidence in the car and I feel like I can push it harder now.”

Velocity magazine will again have more comments and reports from Madeline at Winton, along with photos and more.  Keep an eye on our website and Facebook pages to see how Madeline goes in round two.