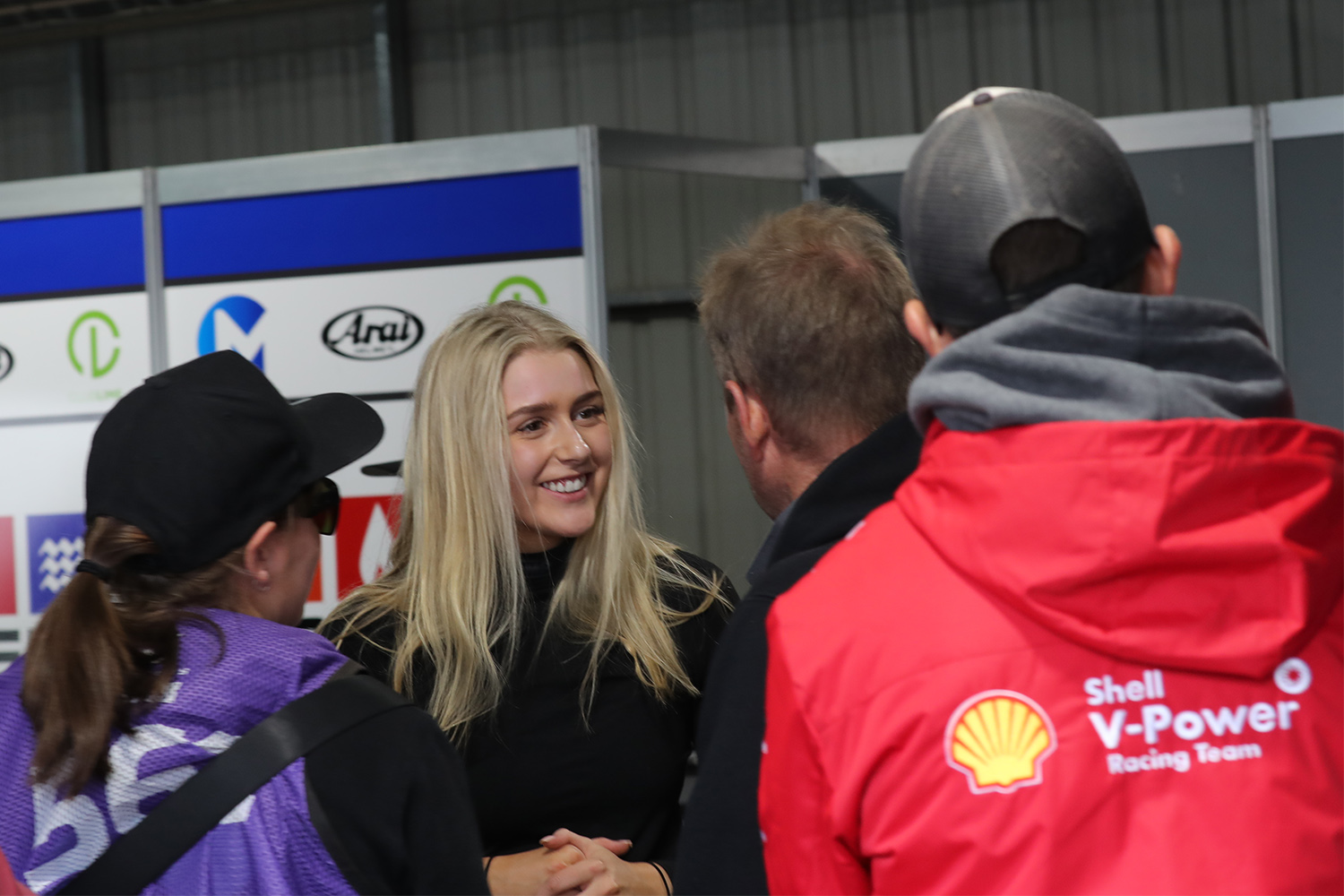 Half Price Parts Velocity Magazine Media Driver Madeline Stewart ended her Winton campaign on a high with a top 10 finish in a crash marred final race for the Super 3 category.

“I had a great day today finishing race 3 in 8th after starting 18th. We spent a lot of time going over the footage and data from races 1 and 2 to see what I could improve on and help me get my head around what I needed to be doing in the races. I felt that I was able to put that in to practice in race 3,” Madeline told Velocity Magazine.

The progressive grid throughout the weekend saw Madeline start the final race of the weekend from further back in the field than she had hoped for and placed her right in the firing line as she was confronted with a multi-car incident at turn 1. Josh Fife and Tony Audino made heavy contact after Fife had been spun by Hamish Ribartis. Stewart chose the right line and avoided contact as cars veered to avoid the stranded cars and debris. A Safety Car intervention immediately after compressed the field once more. Madeline showed tremendous pace in her BJR Freightliner Commodore to clear traffic and then close the gap to the group ahead.

“I got a good start and I could see there was an accident starting to happen on the outside of turn 1. I went left to the inside and managed to get through the carnage to make up some places. The crash brought out the safety car. After the restart I put my head down and moved forward another few positions before the second safety car was brought out. After the second safety car I made up another few positions before the race went time certain and I finished in 8th.”

Madeline Stewart’s strong showing on Sunday, after her dnf the day before, gave her renewed confidence as she comes to terms with circuit racing and the technical aspects of the unique Holden Commodore V8 Supercar.

Round 3 of the 2019 Super 3 Series takes place at the Century Batteries Ipswich Supersprint from July 26-28.